Another Day, Another Slay 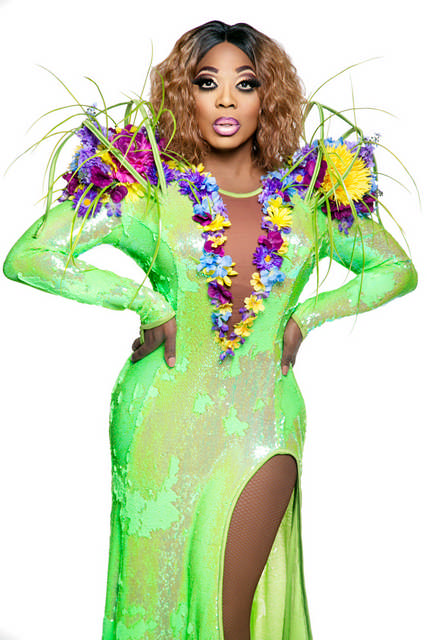 She’s the winner of the first season of RuPaul’s Drag Race, and most recently, won multiple challenges as a surprise contestant on RuPaul’s Drag Race All Stars 3. Add in the recent release of solo music on iTunes and a sold-out show in Minneapolis, one could say BeBe Zahara Benet is having her best year yet.

Born Nea Marshall Kudi Ngwa in Cameroon, BeBe moved to Minnesota to be closer to family. After a stint in New York City, BeBe once again calls Minneapolis home.

Lavender chatted with BeBe about Drag Race, including the Minneapolis queens who would excel on the main stage of the VH1 television show. Plus, we discover what makeup accessory is clutch in this drag queen’s bag along with where BeBe goes to find hot guys in Minneapolis.

Lavender Magazine: BeBe, you’re an immigrant to Minneapolis. What brought you here?

BeBe Zahara Benet: I came to the United States to be able to really figure out what craft I wanted to focus on. I came to attend university. In that process, I discovered my calling and realized that it had nothing to do with what I was studying. 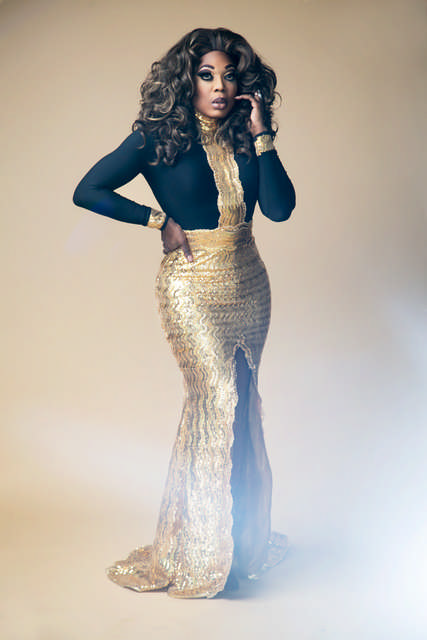 Benet was born in Cameroon before moving to Minneapolis
to be closer to family. Photo by Alvan Washington

BZB: I started doing drag in 2000. That’s when I really started exploring the art form. The same year, I did a show with Cyndi Lauper and discovered that this is what I wanted to do. All of the puzzle pieces came together. That’s when I made my first money as a drag entertainer and realized I could do this for a living.

Lavender: What do you love about the drag and gay scenes in the Twin Cities?

BZB: I feel like the girls here make it really fun. You see so many kinds of drag and there is a melting pot among us all—campy, club kids, glamorous pageant girls, the fashion-forward girls, etc. I love that. Also, there is a sense of family in the drag scene. Minnesota allows you to explore your craft and figure out how you want to express yourself.

Lavender: Who would represent Minnesota well on RuPaul’s Drag Race?

BZB: There are so many! I would love to see some seasoned girls like Nina D’Angelo, Genevee Ramona Love, and Julia Starr, among others.

Lavender: The folks are dying to know. On All Stars 3, you had the power to send someone home, but in a twist, BenDeLaCreme decided to send herself home instead. Who would you have selected to leave the competition? 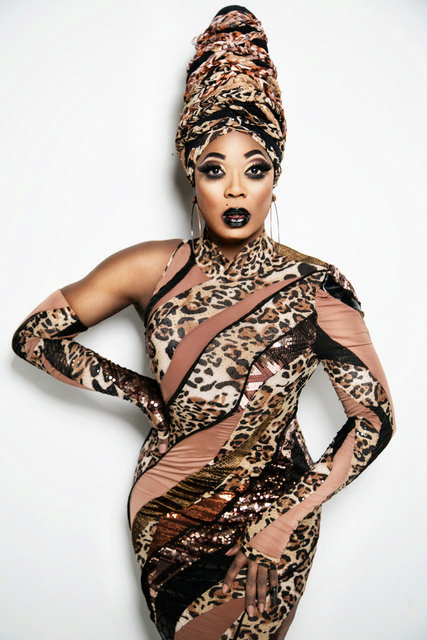 A documentary on the life of BeBe Zahara Benet is tentatively set for a 2019 premiere. Photo by Alvan Washington

BZB: Out of respect for DeLa… [laughs] I can’t believe people still care about this. Like I said on the show, I am not interested in revealing that.

Lavender: You’re following in the steps of Momma Ru and released an EP last year. What inspired you to create music?

BZB: Music has always been a part of my life and upbringing. It allows me to express myself in so many ways and show the many colors of my personality and experiences. Last year’s EP was an incredible achievement for me. I recently released my latest single, “Jungle Kitty,” which really picks up where my last bit of music left off. It’s a lot of attitude and sass!

Lavender: Drag Race winners like yourself perform around the country. What city is your favorite and why is it unique?

BZB: I love Austin, Texas. I just love the weather, the community and the feeling there. There is such an overwhelmingly lovely energy there. I also love Seattle.

Lavender: What is the secret weapon inside your makeup bag?

BZB: Black eyeliner and black lipstick. You can always throw these on quickly and be stage-ready in no time.

BeBe’s live dance party, ROAR, debuted to a sold-out crowd at Mercy in downtown Minneapolis in March 2018 and will return to town soon. You can discover when shows are announced and download the songs from BeBe’s latest EP on her website, www.bebezahara.com.