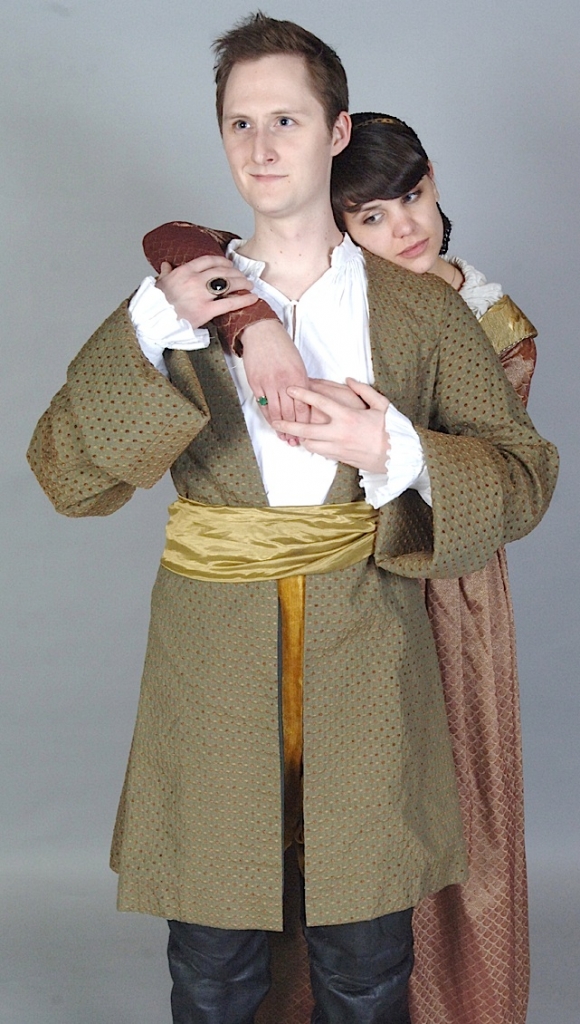 Arranged heterosexual marriage is an institution that William Shakespeare passionately undercut in some of his most famous plays. In Romeo and Juliet, Much Ado About Nothing, and The Taming of the Shrew the female is a virginal bargaining chip played to financially unite well-to-do families. Even Shrew’s reckless heroine Kate ultimately gets our sympathy because of the overbearing callousness of her suitor.

But in All’s Well That Ends Well young French Count Bertram is compelled by his King to marry the lowly born Helena. Moreover, his mother, Countess Rosillion, sees Helena as a maiden of extraordinary virtue and the King prizes her healing powers which she employs to cure him of a fatal illness. This play is not produced as often as many other Shakespearean comedies and that may be because it offers a quandary for liberal modern audiences. Though Bertram is an unmistakable cad and womanizer, contemporary people have evolved to a point where it’s a given that one should only marry someone of one’s own choice, no matter how dubious one’s character may be. And Bertram for all his arrogance and aristocratic chauvinism is forced to marry Helena as a way for the King to pay Helena his debt of gratitude. So even though he’s a nobleman of high order, Bertram has no freedom when it comes to marital choice. This in turn, compels him to join the Duke of Florence’s army.

Now that’s coming from the contemporary view. But Shakespeare’s Elizabeth audience would have seen Helena as a sort of working class heroine who should have access to the man she loves. And the King’s manipulation would have been regarded as sacrosanct as monarchs were divinely ordained in Western Medieval and Renaissance cosmology. To not back the King would have been unthinkable. Bertram’s service for the Florentine Duke would likely have been perceived as treason. Therefore, today’s audience, which champions marriage as the consummation of love between two adults, may find this a hard play to wrap one’s mind around. But this cosmological view ran Western World for centuries until the Age of Enlightenment and the rise of modern Democracy. It was oppressive but every one knew how he or she fit into the cosmology.

That said, Theatre in the Round’s production directed by Diane Mountford is engaging and evocative. It seems to exude the atmosphere of the early Renaissance. Indeed, Robert Fuecker’s set, Sophie Schneider’s costumes, Simon Skluzacek’s sound design, and Michael Frohling’s lighting contribute to that significantly. But the actors, even the weaker performances, capture the physical demeanor and the values of the monarchic reality the comedy lives in.

Molly Pach Johnson finds Helena’s anguish and Andy Schnabel, Bertram’s obnoxiousness. Both give strong performances though the production falters with Charles Numrich’s sluggish pacing as the King and Tina Frederickson’s studied vocal rhythms in her portrayal of the Countess. However, the rest of the ensemble maintains the energy level and becomes a stabilizing force that makes this staging well worth viewing. Kit Gordon serves as the show’s dramaturg.