Apparel As Proud As The Athletes 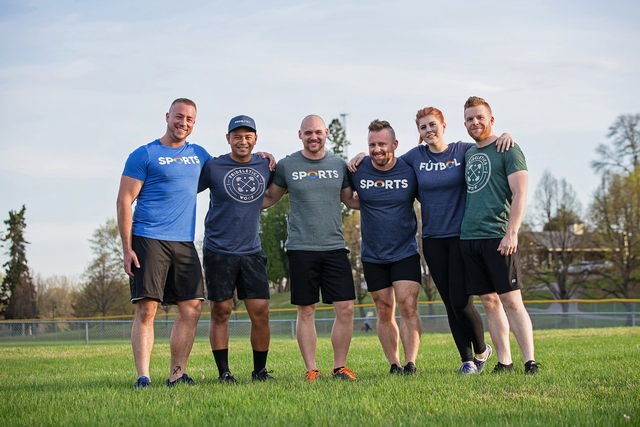 For many people, getting laid off from work can be world-shattering. When Paul Rodriguez was let go from his job at the age of 23, he felt hopeless and lost. What was he to do with all of this free time? Not wanting to spend his days binge-watching old shows on Netflix, he realized the only thing he could do was follow his passions: sports, clothing and his love for his community. And in that moment, Prideletics was born.

“Ever since I was a kid, I played sports. Sports were always on the TV growing up, and I was that kid who played basketball in the winter, baseball in the summer, and football in the fall. The sports I played rotated around a bit as I grew up, but I had always loved that competitive atmosphere,” Rodriguez says. “That includes going to professional sporting events. Growing up in Wisconsin, I went to plenty Milwaukee Bucks and Milwaukee Brewers games. Even now, I try to go to as many Gophers, Twins, Timberwolves, and MN United games as possible.”

While sports were no foreign concept to Rodriguez, he says he never had any professional experience in apparel design, but his passion for style and clothing inspired him to pursue an athletic clothing line.

Rodriguez says he came out his junior year of college and joined the Twin Cities Goodtime Softball League, the local GLBT softball league, with a good friend the following summer. 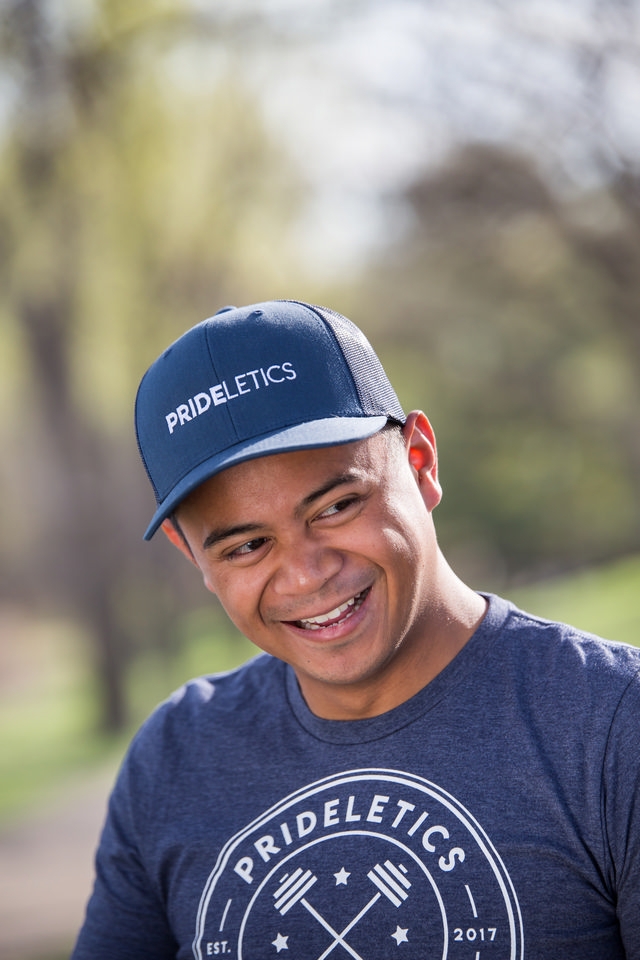 “We were both terrified but knew it would be a great place to enjoy sports with people who would accept us for us. I have now been in the league for four years and have made lifelong friends from it,” he says. “The sports family that has come from the league really has let me feel comfortable with who I am. I’m not scared anymore. I have this athletic community that loves me for who I am and I’m proud to be in the league.”

In addition to athletics, Rodriguez kept himself busy in college at the University of Minnesota with a degree in strategic communications, which incorporated advertising and public relations. He says the skills he learned with that degree allowed him to understand what it takes to create websites, design graphics, run marketing campaigns, and interact with people through social media.

Lastly, Rodriguez’s love for shopping and style helped point him in the direction of what was to become Prideletics.

“I love shopping, and I love clothes. It’s a simple one, but it’s the truth. I even had a job at the Mall of America in college, taking the light rail an hour each way because I just loved the retail atmosphere,” Rodriguez says. “It made sense to combine all three of these into something that didn’t exist. The Prideletics store officially launched in the fall of 2017.”

The mission of Prideletics is to create high-quality clothing products that everyone can wear with pride. This campaign is meant to inspire moments of pride, spark authentic connections, and, most importantly, build a community of support for all, according to Rodriguez.

Prideletics offers athletic clothing and accessories that celebrate pride in a modern way. Rodriguez says the company started with just t-shirts but has quickly expanded to baseball tees, sweatshirts, snapbacks, beanies, and more. The collection will continue to expand to new items and designs, he added. 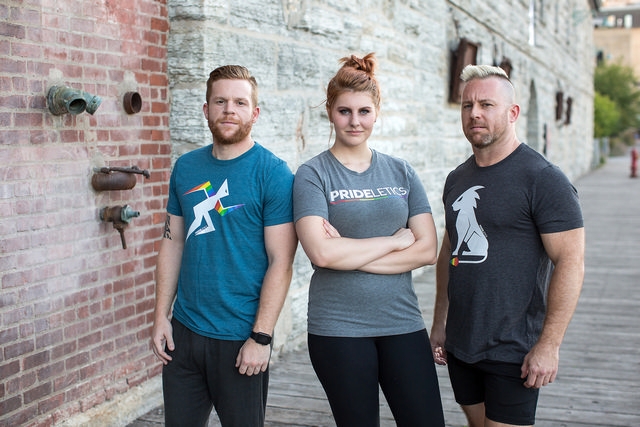 Founded by Paul Rodriguez, Prideletics is a line of athletic apparel aimed at emboldening the GLBT community. Photo by Tracy Walsh Photography

“Everything within Prideletics is designed by me. I don’t have a professional graphic design background, but growing up I loved to edit photos with Photoshop. I would swap my head on celebrities. I would swap my friend’s head with mine and post it to Facebook because it was hilarious,” Rodriguez says. “Eventually, that evolved into teaching myself some graphic design skills that would later be used in my professional career, like on the Prideletics website, social media, apparel, and more.”

“Having an online store is great for reaching a wider audience, but having a physical location to call home would make everything even more real. I have some ideas that I hope to pursue in the future,” he says.

Above all, though, Rodriguez says the main purpose of Prideletics is to serve the GLBT community and encourage everyone to be proud of who they are.

“Whether it’s fear of being bullied by teammates or losing respect of a coach, it’s scary to many. Organizations like the TCGSL help lots of people learn to accept who they are and be proud of it. It’s what transformed me. Before I came out, I tried my best to act ‘straight’ everywhere I went. Now that I’ve found this LGBTQ sports family, I truly am never afraid,” Rodriguez says. “I want to be like the people who helped me. Prideletics consists of a community that mirrors that thought.”