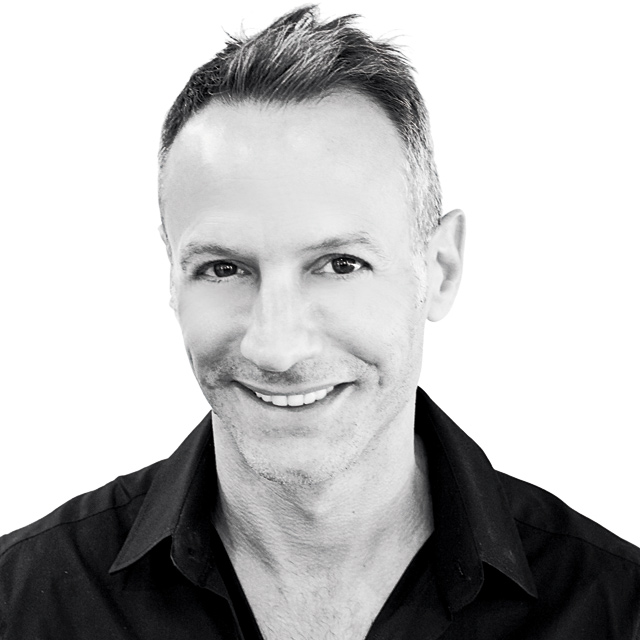 What reason would the only hairstylist to touch Martha Stewart’s hair since 2009 have to pack up everything, leave it all behind, and move to Minneapolis? “I think Martha thought I’d be back,” jokes Anthony Sorensen, the Long Island native whose boyfriend’s career prompted the move to the Midwest. “But I won’t be, I love it here!”

“I moved here for a lifestyle change,” Sorensen says. “Leaving Martha and the clients I built over 16 years was by far the hardest part. They both became like family.”

Sorensen’s relationship with the domestic queen began in October 2008, when his then-boss, Frederic Fekkai, sent him to style her hair for the holiday issue of Martha Stewart Living. “I didn’t sleep a wink the night before and was literally shaking as I started her hair.” Sorensen must have gotten over his jitters; by March 2009, he was working as her exclusive stylist and convinced her to grow her hair longer.

At the time, Sorensen was working full-time at Fekkai’s newest salon at The Mark Hotel on the Upper East Side. As someone involved with creative direction within the company, Sorensen was also involved with New York Fashion Week – he knew the hectic lifestyle. “Although I was busy, I had no idea what I was in for being Martha’s exclusive stylist,” Sorensen says. “Truly the hardest working woman on the planet!”

Looking back at his time with the woman who stole our hearts and reminded us that “it’s a good thing,” Sorensen has made four appearances on the Martha Stewart Show, been on Oprah twice, and styled many iconic celebrities’ hair. “The glamorous life did include private jets, rides on the Hinckley and in the Edsel,”  he reassured. “I’ve seen all three houses (Skylands in Maine being my favorite), meals to die for and holidays on the farm.”

But is a life with the style and entertaining guru all glitz and glamour? It also included blow-drying a chicken for a Macy’s shoot, donkeys in the dressing room at the TV show, and a rooster swatting Sorensen in the face during a Thanksgiving shoot one time. “But I’m here to tell you, it’s all true,” he says. “The woman knows perfection: lives it and demands it!”

Having left Stewart behind, how does Sorensen view his past clients? Among the ranks are Kelly and Sharon Osbourne, Princess Caroline of Monaco, Peter and Harry Brandt, and Hillary Clinton. “Kelly should definitely go back to blonde, I’m not feeling that blue gray silver color,” he says. “Hillary, if she reads this, should hire me full time!”

Although leaving Stewart was bittersweet, Sorensen says the transition to his current position with Juut Salonspa was beyond easy. “David Wagner, Juut’s founder, has created something very special and beautiful here and the staff reflects that,” he says. “I have literally been welcomed into the ‘family’.”

Juut, with seven Twin Cities locations, remains his focus as he concentrates on building clientele at the Edina salon. “I hope to continue making people’s day here in the salon and giving what I know of hairstyling away through our continuing education program here,” he says. “As for the future: enjoying a slower paced life, my dog, Mr. Chuckles, and eventually getting a cabin up North!  It seems like the thing to do.”

Be right on trend this holiday season with these style tips from Anthony Sorensen:

For women, very soft bangs are all the rage right now – think Brigitte Bardot when communicating this to your stylist. A length of just below the shoulder for straight hair and a bit above the shoulder for wavy hair is recommended. “It’s a great length because it’s so versatile,” Sorensen says. As for color, Sorensen recommends what he is calling cinnamon brown as the color of the season. For reference, he suggests looking up Kate Moss’s fall Versace campaign to get the color just right.

For men, Sorensen is seeing more long on top styles with disconnected short sides. And you can’t forget the beards! Facial hair is everywhere this season from the red carpet to the college campus – just be sure to keep it trimmed and neat.

Lastly, always have a hair mask handy for winter. Sorensen says, “like your skin, hair gets dry in the winter too!” Sleep with a moisturizing mask in your hair like Aveda’s dry remedy mask. It’s a great stocking stuffer!