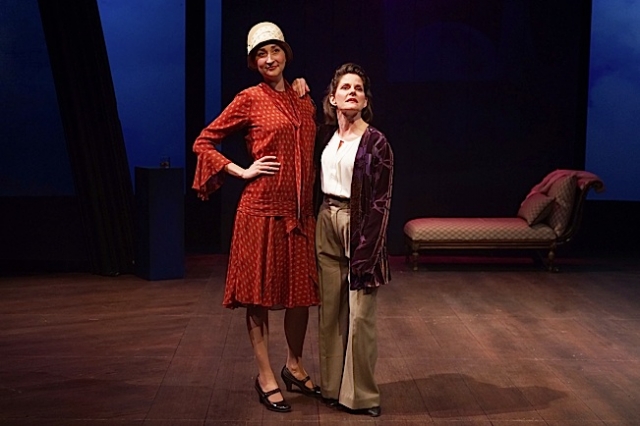 Photographer Lee Miller thumbed her nose at expectations of what and how a woman was supposed to be and took lovers of both sexes and was among the first witnesses of the aftermath of the Nazi death camps. At Park Square, the acclaimed Annie Enneking plays Miller in Behind the Eye by Carson Kretzer. Enneking is also known for her powerful performances in Frank Theatre’s Mother Courage and Workhaus Collective’s DOE. She has an intuition for getting way under the surface of forceful women. 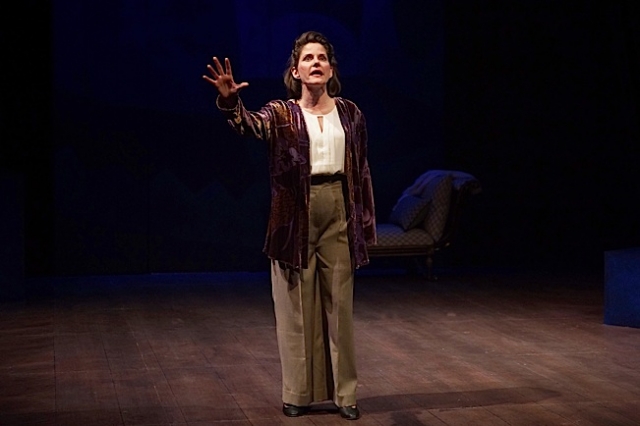 Enneking observes that “Lee Miller was this amazing woman who kept transforming throughout her life. She was a model and then a surrealist muse, as well as being an accomplished photographer and surrealist herself. She became a combat photographer and journalist during WWII, and was one of the first to arrive at Dachau. She lead this incredible life, almost uncompromising in its fierceness. She truly did what she wanted to do. Living that way did not come without consequences: she suffered, others suffered too, but she loved hard and played hard and worked very hard. She kept amazing company with some of the greatest artists of the twentieth century, and loved freely and would not be bound by convention. She took lovers when she wanted them, and given how unconventional and adventurous she was in the rest her life, we may assume a fluidity in her sexuality and sexual exploration.”