Ann Arbor: Out Front and Off Center

The Berkeley of the Midwest, they call it. But, don’t be misled: it’s even better. Ann Arbor, a college town of 70,000 (plus an equal count of students) of mostly alums who couldn’t bear to leave, radiates from the liberal-leaning U of Michigan campus, bordered the avenue homeboy Pete Seeger (a hippie before it became hip) honored in his homage ballad, “Down on Main Street.”

Well, Main Street still sports that old-time religion: multitudes of bookstores, indie boutiques, galleries boosting local talent, and (the reason foodies flock to the city) ultra-locovore cafés and breweries, for which “craft” was simply the way to do business, long before it became a buzzword.

I came to eat (and sip). And I wasn’t sorry. First stop, Zingerman’s, the Vatican of delis. Owner Ari Weinzweig and partner spent their college years here without a decent bagel, and decided to remedy the situation. Today the legendary deli sports just about every delicacy an authorized gourmet could wish: 12 kinds of bacon alone, plus a shrine to short-order sandwiches (the Reuben’s the best seller, no surprise). Might as well re-christen the city Zingertown. “Everybody in the community knows someone who works here,” confides its marketing director. 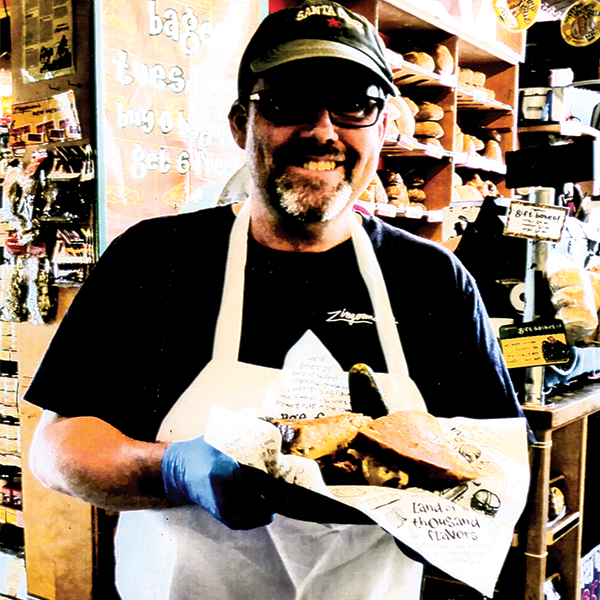 Zingerman’s then launched its own creamery, at first to make the world’s best cream cheese for those bagels, but nowadays producing up to 24 kinds of soft cheeses (the technical term manager Tessie employs is “ooey-gooey”). They’re born of local cow and goat milk, which led to the duh-decision to direct some of it toward the making of gelato (bacon-flavored, anyone?).

Then, how about a simple, old-style café to celebrate Midwestern cooking? Fine. Ari hired Chef Alex Young to research what he calls “old American food, old-school and simple. But,” he hastens, “simple isn’t easy.” For instance, to create the very best fried chicken, the number one seller at Zingerman’s Roadhouse, he scoured the South, then recreated his favorite version discovered at a shack in Tennessee. Same for the pulled pork. “Nobody’s doing a very good job with meat,” Alex declares, “so I decided to raise my own.” But if you overlook his mac and cheese, well, don’t say I didn’t tell you.

Before another bite, I got together with several indie producers to find out just why food entrepreneurs like Lisa McDonald, who runs Tea Haus, and David Klingenberger, self-styled CFO (Chief Fermenting Officer) of The Brinery, do well here by doing good. Says Brandon Johns, chef/patron of Grange restaurant, “Michigan is the most agriculturally diverse state, second only to California. And the biggest benefit of being a university town is disposable income,” both of alums and visiting parents. “We all were doing farm-to-table before it became a buzzword. They’re now growing unheard-of things, like local ginger. Farmers have extended the growing season with hoop houses and greenhouses, and by preserving and pickling.”

Pickling? That’s David’s forte. He sells The Brinery’s kimchee and sauerkraut to Zingerman’s and to Whole Foods nationwide. Lisa, at Tea Haus, is one of only a handful of European-trained tea sommeliers. “I use tea in everything we make here, from macarons and jam to gelato.” And she’s first in line at the farmers market, launched in an old gas station, open seven days a week. “It’s really cool; people get excited when the first garlic comes in.” And Brandon, at Grange, is one of those snout-to-tail kind of guys. “I make sausage, confit. I’ve even got fried pig’s head on the menu, and it sells.” So does his beef-cheek pierogi; his Michigan smelt; his heritage pork loin with ramp bratwurst; and his stinging nettle pasta. 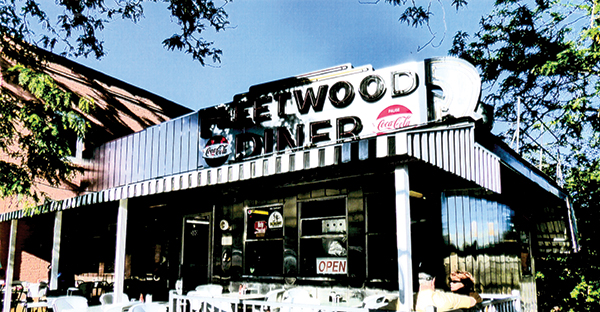 Fleetwood, a 1947 diner purchased from a Montgomery Ward’s catalog (can Amazon do that?), stakes its claim to its best-selling hippie hash: a come-hither mélange of broccoli, tomato, onion, green pepper, mushrooms, and feta, served with toast and eggs 24/7.

Main Street’s Vinology offers “a taste of Northern Michigan” via the wineries it represents, as does nearby Cherry Republic: “Grown in Michigan and munched the world over” via juice, candy, mustard, scone mix, even soaps and spoons of cherry wood.

But when it comes time to sip, it’s really all about beer. Grizzly Peak, launched in 1995, led the way. In its pub setting, brewmaster Duncan Williams is justly proud of his British-inspired ales. At Null in nearby Dexter, brewer Ron Jeffries swears by oak-aging. His hoppy, citrusy North Peak Diabolical IPA is his best-seller. He follows up with Blanca, a light wheat, breathing coriander and orange, while his red beer, La Roja, is both the most sour and most sought-after. 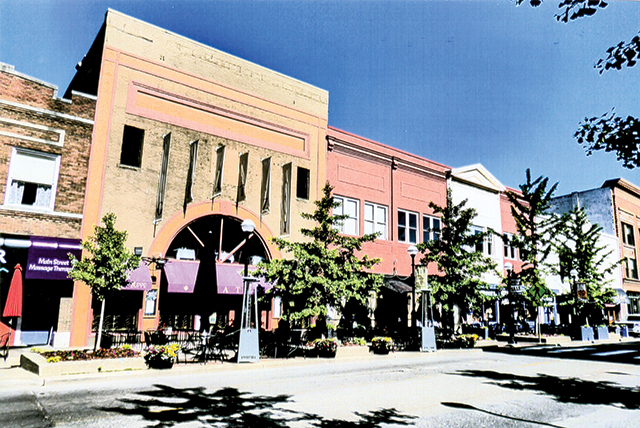 Lunching at Salt Springs Brewery in Saline, a brewpub in a converted church of 1896, I pig out on pulled pork and strawberry shortcake before touring the brewery, where Big Brown Bunny Porter steals the show.

Heading to Ann Arbor’s sister city, Ypsilanti (Ypsi to its friends), the Ale House is where to find primo crafts like best-selling Mooneye and Woodruff’s Porter. Stick around for Chef Mary’s dynamite eats: a menu of “local, frugal and seasonal” hits, ranging from minty peas and beet fries (“makes grown men like beets,” she testifies) to gourmet grilled cheese and burgers with bone-marrow butter.

Back on Main Street, where Bob Seeger played at The Ark (tonight it’s Judy Collins), there’s art on the palette as well as the palate, starting with the University of Michigan Museum of Art. Raising the bar outside its Grecian entrance is a Mark di Suvero sculpture, foretelling more shock-and-awe within. It delivers, from Tiffany glass and (Michigan-made) Eames furniture to works by Picasso and Rauschenberg, Warhol and Giacometti. In the campus library, anchoring a quad that looks airlifted from Dublin’s Trinity College, you’ll discover original Audubons. And on the pavement at UMMA’s entrance, a plaque hailing JFK’s founding of the Peace Corps. Right here.

Ann Arbor’s other GLBT cocktail haven is Autbar, where I caught up with Ypsi’s new mayor, Amanda Edmonds, an out lesbian who bested the former mayor two to one. “Ypsi is more affordable and underground,” she tells me. “It’s a place one can really make change, without losing our charm. I always look for ways to prosper through an equity lens.”