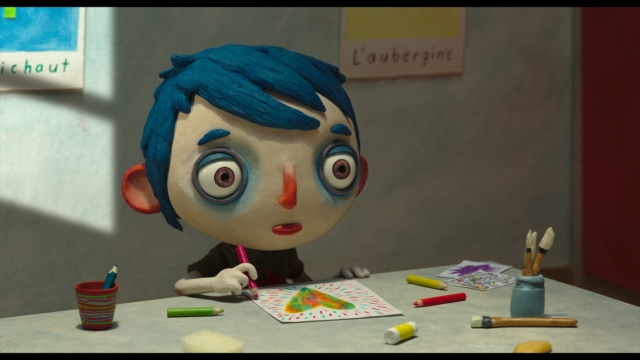 The sweet and powerful stop-motion animated film, My Life as a Zucchini, relates a grim, yet life-affirming story about a child who accidentally kills his abusive mother. This French-Swiss project, spoken in French and subtitled in English, takes place in an orphanage that serves as a refuge for children from homes plagued with various types of negativity. It was nominated for the Best Animated Feature Oscar at last month’s awards. The big eyes and oversize heads of the animated figures have a unique way of eliciting compassion.

Protagonist Icarus, nicknamed Courgette (the French word for zucchini), is at first met with predictable rejection by his fellow orphans. Fortunately, after initial phases, the group becomes tightly and lovingly bonded. Back stories of the residents are touchingly related. When a girl named Camille checks in, it becomes apparent that her abusive aunt is trying to get custody rights solely for the sake of getting a government check. This steers the story into some dark and intense territory.

My Life as a Zucchini takes turns that some will find surprising in its validation of institutions as truly protective of children. The women who run the orphanage are caring people. The local policeman is an endearing nurturer and paternal in the best sense of the word. No trace of corruption. 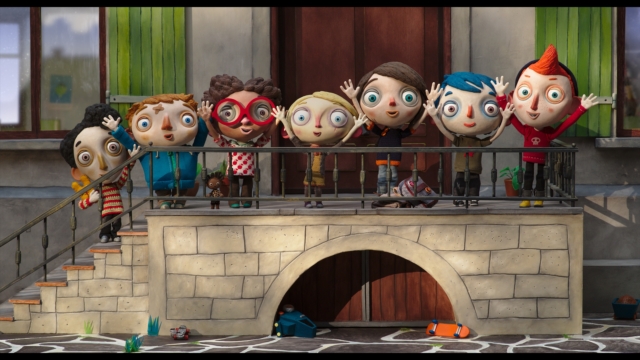 In contrast, as resonant in the Oscar-winning Moonlight, My Life as a Zucchini has strikingly toxic characterizations of mothers and female guardians outside the ultimately harmonious female-run orphanage. Given the respectability that both films have come to garner, one wonders if this is pointing to a shift in what is acceptable in the realm of female representation.

Recall that in Greek mythology, Icarus flew up to the sunny sky with wings of wax and fell to the sea when they melted. This film’s Icarus, who goes by Courgette, has found it safer to be of the earth, like a vegetable, which, of course, grows out of the earth. This sort of subtlety reverberates throughout the Claude Barras’s beautiful film based on Gilles Paris’s book. My Life as a Zucchini is a tonic for the soul.

My Life as a Zucchini