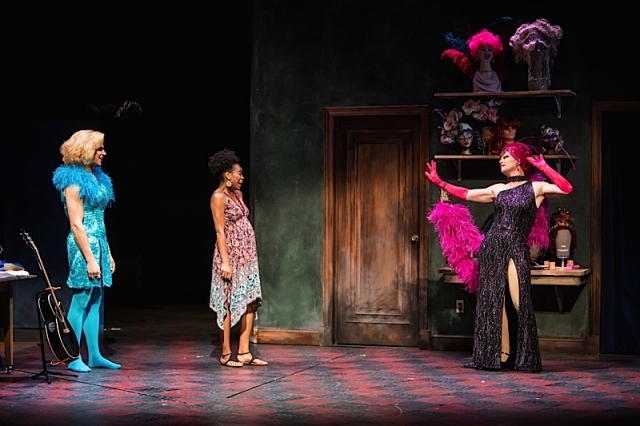 The Legend of Georgia McBride, a 2015 hit comedy, now plays on the Guthrie proscenium stage. Faithfully directed by Jeffrey Meanza, it follows the transformation of protagonist, Casey, a heterosexual Elvis impersonator, into a drag queen. Jayson Speters renders a marvelous and endearing lead performance. He brilliantly mines the inner turmoil of a young man who paradoxically steps into manhood by understanding women on a different level than he ever dreamed of. He is also luminous in drag performances and absolutely hilarious. It’s a terrific performance that runs on all cylinders. Better yet, Speters is able to fill in the blanks that playwright Matthew Lopez leaves quite open. The protagonist transforms because his wife is pregnant. They’re broke, so he’s compelled to provide for his family. 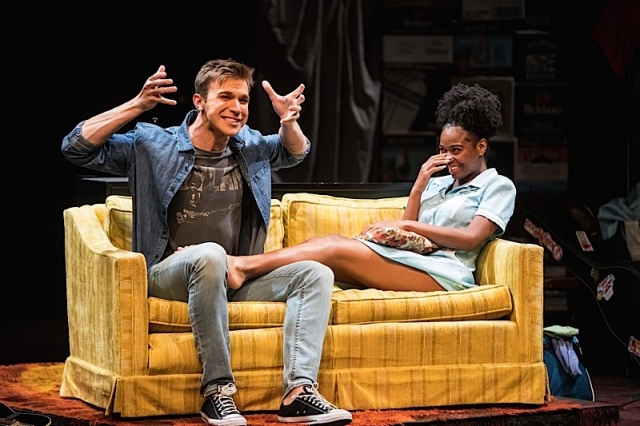 Casey does Elvis in a straight club in Florida with a working class customer base. It’s not located in a metropolitan area. Unfortunately, audiences have no interest in his impersonation anymore. So when the jaded bar owner, Eddie (a glibly nihilistic Jim Lichtscheidl), brings on a drag queen duo, Tracy (a domineering Cameron Folmar) and Rexy (a blistering Arturo Sofia), Casey’s Elvis days are done. Suddenly, however, the money comes rolling in, even for young Casey, because he’s tending bar now and the queens are reeling in customers.

However, Rexy (aka Miss Anorexia Nervosa), true to temperamental form, soon goes AWOL, endangering the cash cow they all rely on. Tracy and Eddie, quick as lightning, intensely pressure and coerce a resistant Casey to cover for the irresponsible Rexy. When the gorgeously handsome former Elvis transforms into a gorgeously glamorous impersonator of French chanteuse, Edith Piaf, a local star is born. 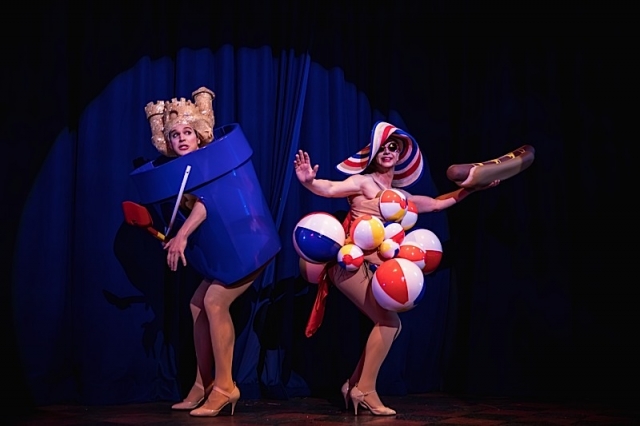 For whatever reason, quite possibly unconscious, Casey doesn’t tell his wife, Jo (a winningly likable Chaz Hodges). It’s important to understand that a binary shift in one’s gender presentation shift happens gradually for many people who have actually pondered it over time. But it’s crucial to note that Casey has it thrust upon him at a vulnerable time when he’s got to provide for a family. Being a provider is a paramount value, whatever it takes.

Nonetheless, Casey’s drag contribution is good for business and the others’ prosperity. But when Jo finds out, she becomes outraged, for which Lopez tellingly evades any examination of the assumptions held within her phobic response—or to put it in postmodern terminology, “interrogate”. Casey is upset and misses a performance. Just like Rexy, though Rexy has yet to have returned. Moreover, Lopez takes the easy way out and plays the “accusation of xenophobia” card against Casey for the rest of the play. 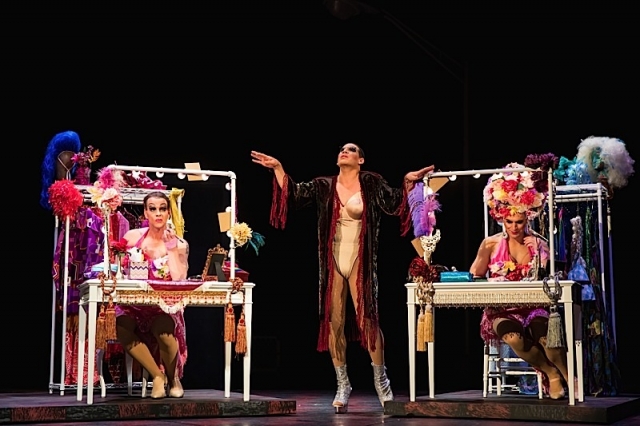 The degradation of Casey hits further revealing levels of mendacity.  When shunned by Jo, he pathetically goes to Tracy’s place in hopes of support, rouses him from his Ambien-medicated playtime under the sheets with a trick, and incurs the unvarnished verbal wrath of a drag queen just itching to perversely project his collective hatred of straight men onto the young Apollonian Casey. This isn’t about Casey, of course.

Tracy is drenched not only in chemicals but in bitter internalized hyperbole about straight men’s alleged moral cowardice for being uncomfortable with gender-non-conformance. A sin straight white men are supposed to always be groveling in forgiveness for, in the eyes of Tracy. Folmar’s brilliant delivery of the lines is withering and hellaciously bitter. As a gay man myself, who is also middle-aged like Tracy, I did take a lesson from this scene: I pray to God I never handle any interaction with straight men in such a willfully belittling and cruel way. Though this is probably not Lopez’s intention, it makes the play a must-see for all gay men, so that they might ponder that. Moreover, it’s not that Casey is even remotely some cruel racist homophobic stereotype. He’s a darling young man. In the Guthrie staging, the white Casey is married to a black Jo, for whom he is absolutely devoted. 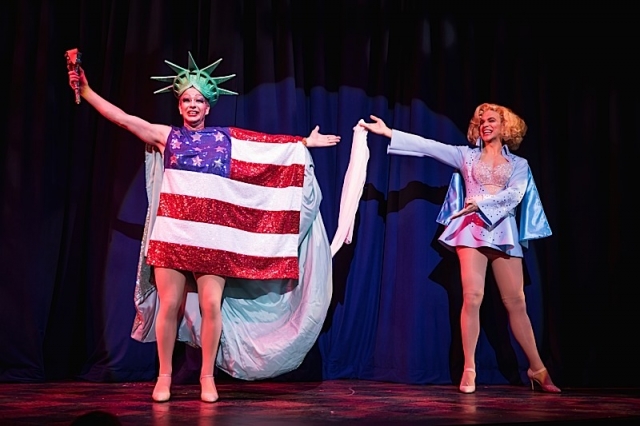 From dramatic and comedic standpoints, the degradation choice is powerful and crowd-pleasing. That is, by half.  Roughly half the Guthrie audience was rolling in the aisles with laughter through most of the of the show the night I attended. The other half seemed distanced from the show. Not from xenophobia, but from the willful cruelty the play emanates. It would be reassuring to think that this was Lopez’s intention, but I think not. 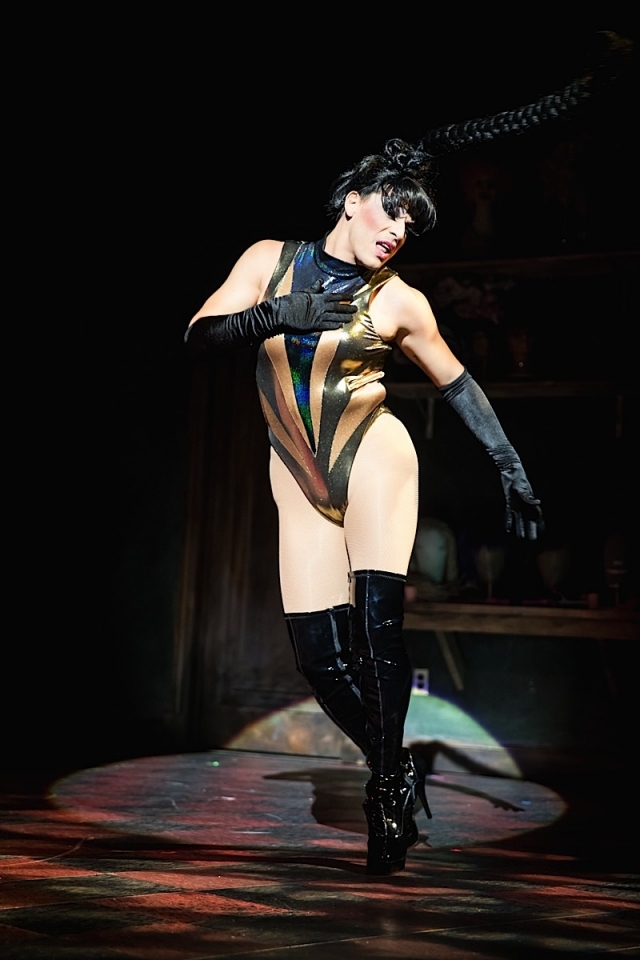 This demonic symphony of retaliation on the heteronormative reaches its apex when Rexy returns. Finding her throne usurped, as if she was a wronged Margaret of Anjou, the decadently narcissistic Rexy delivers what may be the most vituperative persecution complex speech in contemporary drama, as well as identity politics. It contains the requisite screed on historical queer oppression and the obligatory scare story of violence and intimidation cleverly crafted to guilt-trip and shame the listener, as if the listener him- or herself was guilty of the brutality spoken of. Many of us who are queer may very well have our personal horror stories which haunt and disempower us. We have to do the inner work to rise above that and not resort to taking out our anger on the innocent. Weaponizing such ghost stories in order to evoke pity from those who have no complicity with it is shabby and infantile.

The revealing choice that tips us off to the ethics-free zone this production portrays, is in the beginning. Tracy makes her grand entrance with an oversized T-shirt with a giant picture of President Trump looking like a pig—a cheap shot virtue signal from Patrick Holt, costume designer. The irony is that DJT is continually characterized by his foes for his supposed greed and ruthlessness. Yet those are the exact shadow qualities that Tracy exhibits throughout. It’s the proverbial saying that when one points fingers at someone, there are three fingers pointing back. 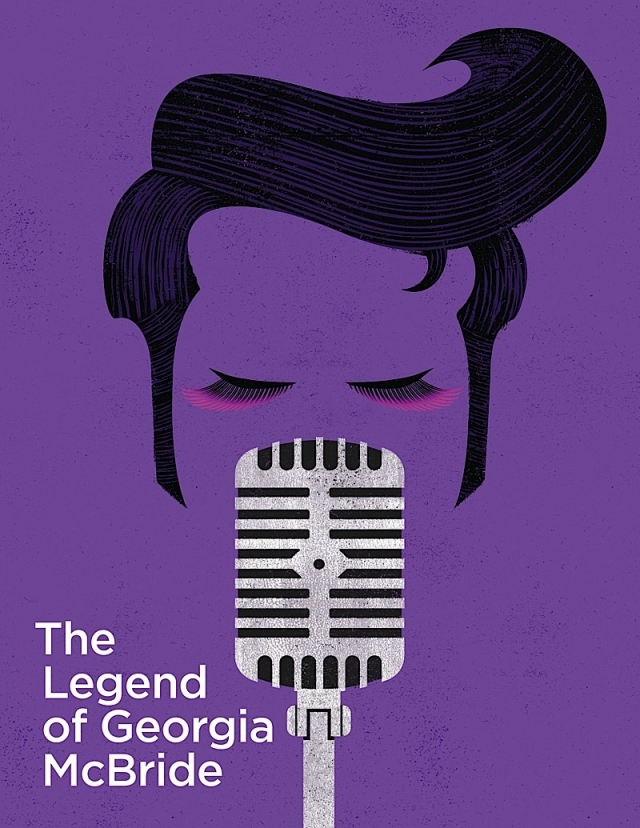 Image courtesy of the Guthrie Theater.