An Horse: Interview with Kate Cooper 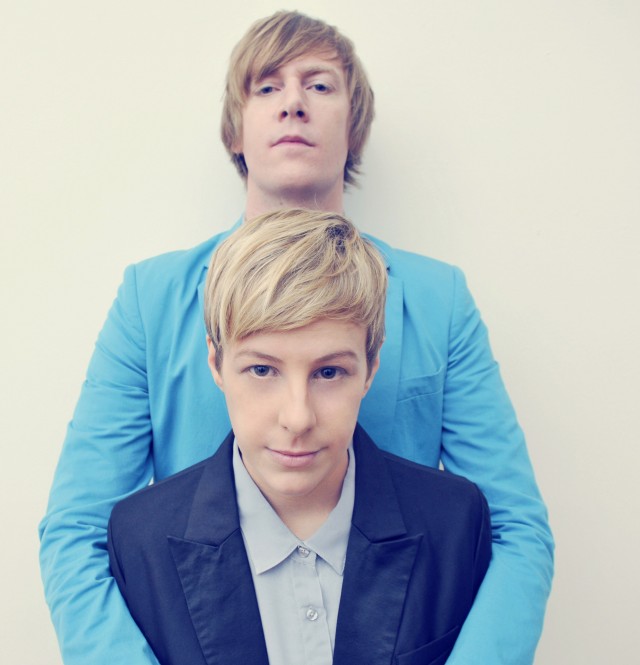 Kate Cooper and Damon Cox of An Horse. Photo by Shervin Lainez

Kate Cooper and Damon Cox of An Horse. Photo by Shervin Lainez

A recent interview with Kate Cooper, the bubbly and charming frontwoman of An Horse, provides a great look into the life of an openly lesbian musician achieving rockstar status. Kate and her musical partner Damon Cox met in a local record store in Melbourne, Australia, and the duo has been inseparable ever since. Having toured in the past with Tegan and Sara, Death Cab for Cutie, and Silversun Pickups, the indie-rock band is back in the United States for their March tour. Catch them on March 31 with Nada Surf at First Ave.

Lavender Magazine: When and how did you know you wanted to be a musician?

Kate Cooper: I went to a rolling stones concert with my father. It was the first show I ever went to. I was sixteen at the time. My parents were very strict, but they were really cool parents–they had a great record collection. They never let me get out of school or anything, but I remember on the day of the concert they let me and my sister get out of school half a day early and it was a big deal. They probably regret taking me now because music is all I do now…

LM: What’s it like being an out musician? If any, what are the difficulties?

KC: There are more issues being a woman–that would be a bigger thing than being gay. There’s always pee on the toilet seat. There’s a bunch of things. For the most part, you’ll get the stagehand that’s a bit of an asshole and makes a comment, but they see us play and then they’re more friendly.

LM: How would you describe the musical relationship between you and Damon?

KC: Heavenly. We communicate very well. That’s probably the best way to describe it. Very good musical relationship, and we’re very lucky to have that. We’re pretty good friends, we’re um…besties I guess, also kind of have more a brother and sister dynamic. He’s the protective older brother. He can drive me insane, and I can drive him insane and I can tell him to f*** off…We get along really well. We’re very lucky

LM: What are some of your biggest musical influences?

KC: Everything I’ve listened to is a huge influence. My formative influences are a lot of Motown, and Neil Young. my dad took us to musicals and the opera and things like that. My father was very interested in making sure we all had eclectic music tastes, which I think is a pretty good way to be brought up, and that’s probably why I can embrace pop music, metal and punk, and everything.

LM: What are your favorite albums/What do you listen to in your free time?

KC: The news in Australia. I usually don’t listen to music…I tend to listen to the radio all day; it makes me feel like my father. I’m steering clear of music lately only because I know I’m going to listen to a lot on tour and be playing it every night. I’m listening to Nada Surf to because I’m going on tour with them. Lately, I’ve been listening to a lot of Sheryl Crow, and a couple of Melbourne bands.

LM: Have you ever met Nada Surf?

KC: I don’t think I have, or maybe I have, a couple of them, but years ago. I’m a big fan of Nada Surf and we actually played a festival with them late last year, and I bucked up the courage to go and speak to them and then when I got there I failed. Nada Surf has sold way more records and is much more rad.

LM: What are you most excited for about your upcoming US tour?

KC: A friend of ours is coming out with us, she’s coming out to take photos and make videos of us. We’re gonna go hang out in the desert in California and that’s going to be fun. 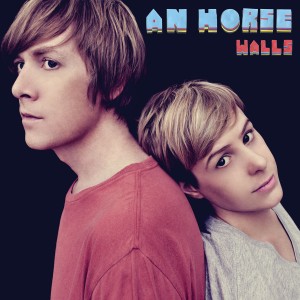 LM: Some of the songs on Walls are inspired by your mother’s illness. What else inspired you?

KC: I’m not sure. I intentionally don’t even write that way. I just remember that it was cold, I was in a new city, pretty obvious things to write about.

LM: Can you describe your most mind-blowing musical moment?

KC: I feel like there’s a handful of them. Once when we first started An Horse, we were at a music festival and we were by the stage watching Brand New play and I was blown away…actually I think Damon was in the crowd and we were texting each other and I was like, “we could totally play with this band. It would be amazing.” And he said “I know it would be incredible.” And now, four years later, I send my demo to Jesse from Brand New to get advice from him. They help me out.

There’s another time where we were playing a show with Tegan and Sara and Death Cab and we opened, and that was a pretty big deal for us to be playing, and I remember Ben [Ben Gibbard, Death Cab for Cutie front-man] was supposed to be going on stage but he was standing and talking to us about how much he liked our set and he started to get chatting and everyone was like “Hurry up Ben, get on stage” and the crowd and the band were just waiting…it was crazy!

KC: It might sound like that, but it’s actually a lot of hard work. Brutal at times.

LM: What’s next for An Horse?

KC: We’ll see. We have the US tour and a quick Australian tour and then we’re kind of done. I think we’re going to take the rest of the year off and kind of write–see what we come up with.

LM: The story is that you got your name from a sweater a friend gave you that read “An Horse” because he thought it was grammatically correct. Do you still have the sweater?

KC: It’s a funny story because I tried to get the sweater back. I loaned it off to one of my friends. One of my oldest friends has the sweater and was wearing it around one day. I asked for it back and she got really offended and upset. I said “But I just don’t want you to lose it, I just want to keep it.” And she said “I’ll never lose it. this is my favorite sweater, OK? And you’re not getting it back!” The reason I wanted it back was mainly to wear around the house when I’m home because it’s the best sweater, so comfortable. But I think when I’m back in Australia I think I’m going to steal it. It was all covered in clay, and I was like “what is on that” and she must have been doing some sort of pottery or something…

LM: What can we we expect from the show in March?

KC: Rock and Roll. We love the Twin Cities. My friend was actually born in St Paul, and we have a lot of family there. We love playing there, and it will be really great to be back!

LM: Is there anything else you want us to know?

KC: “There’s this incredible red bird that just landed in the tree outside my window.”

Check out the video of the hit song “Dressed Sharply” from An Horse’s latest album, Walls.