An Exquisite Revival of “The King and I” at the Orpheum 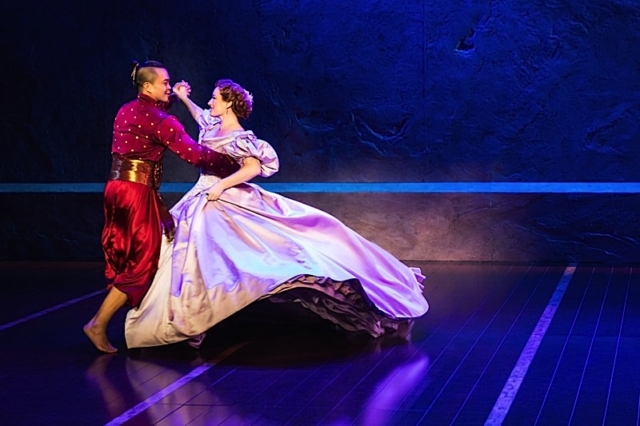 The timeless musical creative duo, Richard Rodgers and Oscar Hammerstein II, is an abiding force in American theater to this very day and when you seen the Tony-winning revival of their 1951 gem, The King and I, you’ll find ample evidence of why that is. On the opening night of its current national tour stint at the Orpheum, I was stunned by how noisy the audience was during the overture traditionally played before the first scene is performed. But once that scene started the audiences was fixed and remained that way throughout this dream of a production.

Hammerstein’s book for the musical is based on the novel Anna and the King of Siam by Margaret Landon. His stage book version captures the frostily misogynistic attitudes of an Eastern king foisted upon a widowed Western schoolteacher in the Victorian era. The concepts of slavery and secret policing are asserted with great power and a real sense of injustice. Forbidden love is painfully reflected in a subplot. All that said, Hammerstein and Landon make us understand how the King is actually a progressive in comparison to others on a global scale.

The King, a dual protagonist with Anna the schoolteacher, is made to wrestle with his barbaric impulses in a way comparable to the way female protagonist, Nellie Forbush in Rodgers and Hammerstein’s Pulitzer Prize-winning South Pacific (1949), must wrestle with her racism. 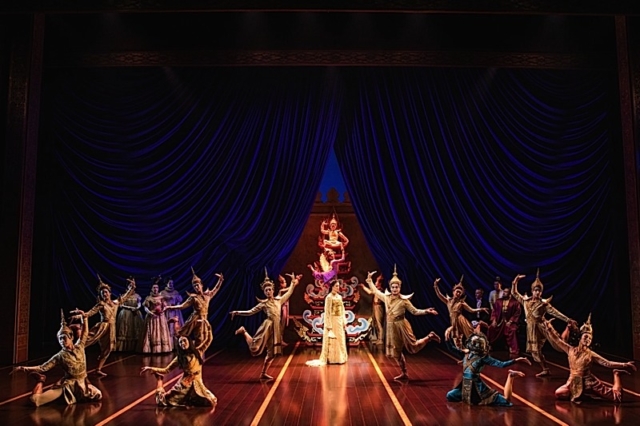 Director Bartlett Sher, of Guthrie Theater fame, set designer Michael Yeargan, and costume designer Catherine Zuber have conjured a neoclassical vision on stage. Ted Sperling’s musical supervision enchants with orchestrations that blend gentleness, nuance, and majesty and vocals that blend delicacy with soaring power. The entire cast has found a vocabulary of body language that uncannily captures the movement of Victorianism and courtly Siam. The children’s ensemble is always adorable in any production, but here they are distinct individuals who win your heart. I was not surprised when I saw that Sari Ketter, who was inspirational regarding the marvelous physical stylizing of the Guthrie’s Garland Wright era, is this beautifully vivid production’s associate director.

Laura Michelle Kelly is magnificent as Anna, ranging from the warm simplicity of tunes like Getting to Know You and I Whistle a Happy Tune to the gorgeous Hello, Young Lovers, in which she graciously reflects on the importance of young love after having lost the man she loved. Jose Llana as the King of Siam is a bold presence and a powerful singer, as he movingly relates a man whose old ways have to give over to new ones if he is to keep his kingdom intact. As a polygamist, he has a head wife named Lady Thiang. She is played by Joan Almedilla who sings exquisitely and gives a compelling characterization of a woman who explains the paradox of how needing someone is crucial for the soul. It’s an idea that was seen as saccharine by many, even in 1951, and is rejected out of hand by many today, but Almedilla makes us realize it’s an idea that is to be reckoned with.

The King and I
Through March 5
Orpheum Theatre, 910 Hennepin Ave., Minneapolis
800-982-2787
www.HennepinTheatreTrust.org