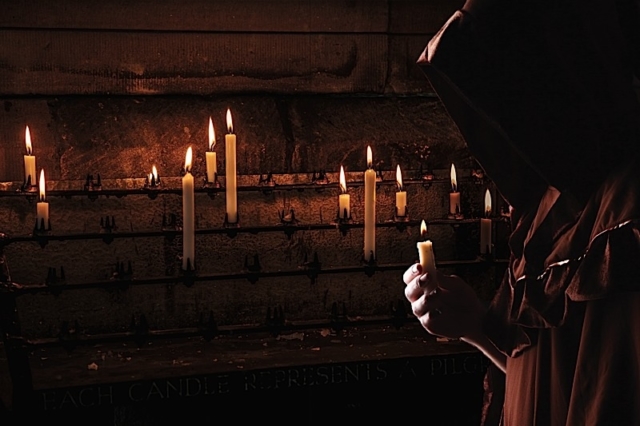 Christy Marie Kent is known for her wonderful trans-themed writing, but she makes an artistic breakthrough with her new play, Pope Joan – The First Transgender Pope, now in a strong Minnesota Fringe Festival production at Rarig Xperimental. Kent’s source material is the hazy figure known as Pope John who served at the end of the First Millennium A.D. Joan/John’s existence has been called into question ever since but Kent makes his case believable. And “he” is the play’s preferred pronoun: “a man born in a female body named Agnes.” Kent writes the character as genuine, and not the con artist some would have us believe.

Janet Preus has directed the production with a haunting sense of the Dark Ages. The piece runs less than an hour but has the sweep of an epic, capturing the austerity of monastic life, while finding moments of humorous and ironic delight. What could have been a turgid didactic dramatic exercise becomes engaging entertainment. And therein lies much of its power.

The dynamic Kjertina Whiting creates a John driven by a sense of purpose and a sharp recognition of how the clergy has institutionalized sexism. Jen Arzayus gives a winning turn as John’s close gay male priest friend, Einhart. Though, one might read Einhart as bisexual. Steven Flamm relishes roles that reflect the severity of the clergy’s forcefully masculine view of life. The supporting players all live into the medieval Catholic spirit.