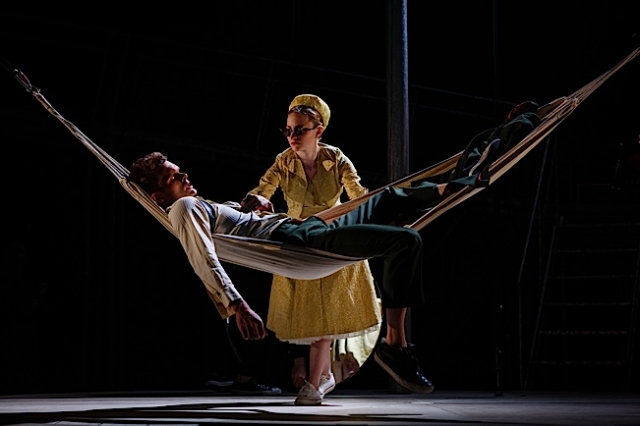 In the Kneehigh Theater’s adaptation of the medieval tale, Tristan & Yseult, a handmaiden named Branigan, played by a man, for an abducted queen, played by a woman. She lives only to serve her superior. This was what feudalism was.

At her lady’s request, the handmaiden douses herself with perfume and pretends to be her mistress. The lady mistress queen, Yseult, doesn’t want her husband, King Mark of Cornwall, to know she is not a virgin. So Branigan is instructed to pose as Yseult in her wedding night bed and when Mark starts to doze, the real Yseult will slip in next to him while Branigan slips away. Yseult’s dark secret is that she has been in passionate raptures with Mark’s right hand man Tristan after they both ingested a love potion. 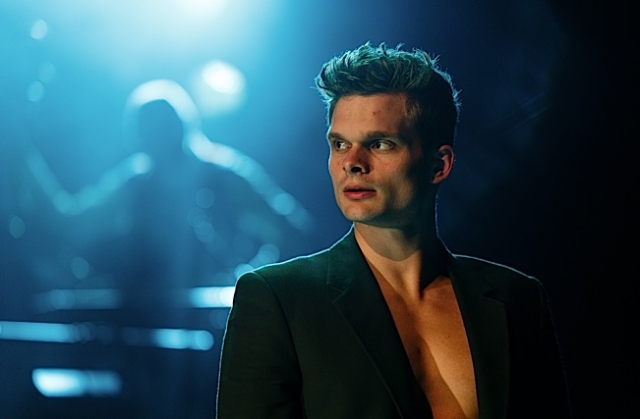 The clearly masculine Craig Johnson gets lots of predictable laughs as Branigan. However, he doesn’t let that throw off his deeper focus. He finds the profound vulnerability of a woman who ties her sexuality to her spirit and deepest emotions. To point: as King Mark is the first man she has ever had intercourse with she naturally invests that experience with great meaning and it makes an indelible imprint on her psyche. Johnson reveals this quite tenderly and movingly. As he removes the bloody sheets the following morning in Mark’s presence you can feel the ache of love for him. And of course, he treats her like a servant, having no idea this is the actual woman he made love to. It is monumentally sad from Branigan’s perspective and Johnson is simply superb.

Stuart Goodwin is commanding as Mark and he truly embodies an archaic view of manly honor that we don’t see anymore, even in old school military. Etta Murfitt’s Yseult endears and her chemistry with the sensual and darling Andrew Durand as Tristan is beautifully charged. Moreover, both title performances are dazzlingly physical – gracefully and whimsically athletic at points. 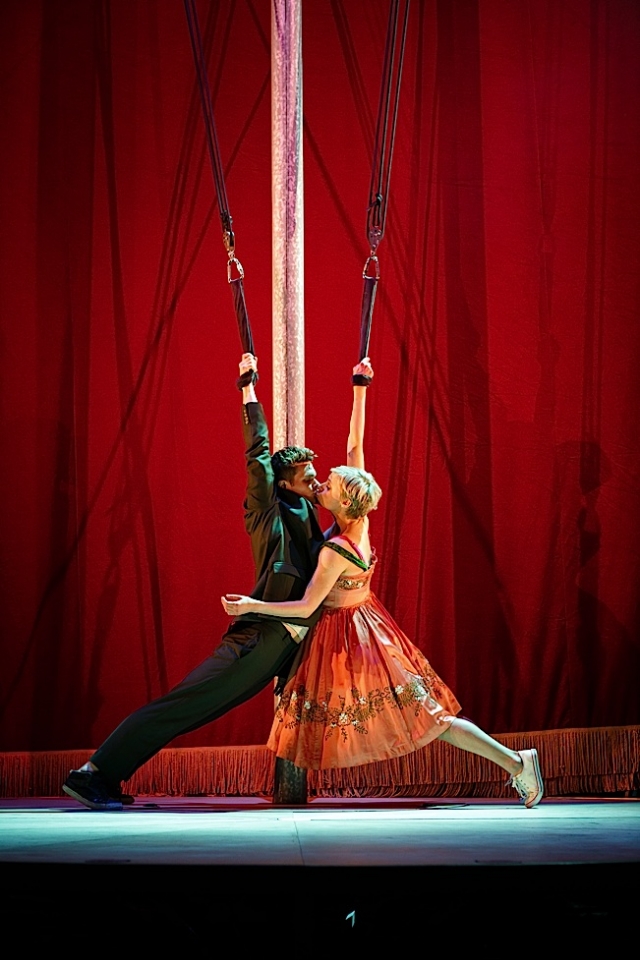 Director Emma Rice has outdone herself, which is something significant in itself. Her production ingeniously honors the original ideas of honor, loyalty, and adultery with brutal honesty while always, and I mean, continually, going ‘off the wall’ with inventiveness. A rock and roll band playing lonely hearts rock music, an ensemble wearing hats that signify bushes, a voyeur suspended from up above taking photos of the lovers. And a phenomenal sound design by Gregory Clarke that spans numerous genres and periods always adheres stringently to the production’s deepest currents.

Similar can be said of the brilliant script by Carl Grose and Anna Maria Murphy, which captures the majesty of medieval literature while continually injecting contemporary madcap characters and situations into the mix. This Guthrie Worldstage Series offering in association with the Berkeley Repertory Company is a theatrical event.