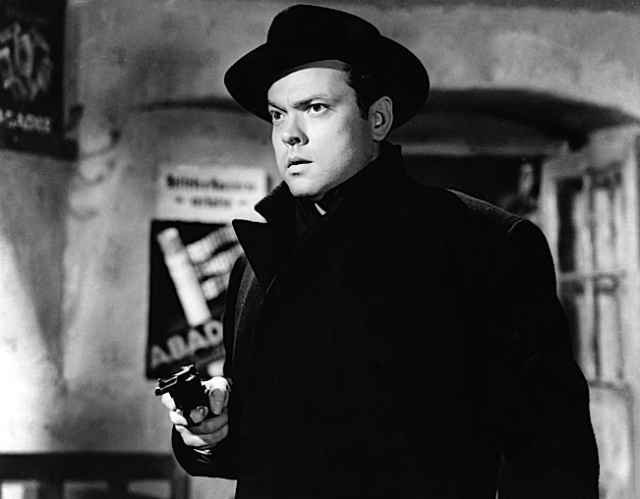 After World War II, the anti-Nazi allies of France, the U.K., the USA, and the USSR, occupied Austria until 1955. Filmmaker Carol Reed’s ominous, yet supremely witty mystery thriller, The Third Man, made in 1949, captures the zeitgeist of that time and place with utter luminosity. It has been made all the more gorgeous by Studiocanal’s first major restoration. If you’ve never had the pleasure of seeing this impeccable adaptation of Graham Greene’s book, you may still know of it from the countless lists of “Greatest Films Ever” by hundreds of various film scholars and critics. It looms as an iconic example of film noir.

Joseph Cotten’s leading turn as pulp Western writer Holly Martins is surely one of the great “bull-in-a-china-shop” performances in movies. He goes to post-war Vienna to meet an old pal, Harry Lime. When he arrives, Holly is told by supposedly reliable sources that Harry is dead. Like the stereotypical American (and stereotypes are sometimes grounded in truth), he has his doubts about that and defiantly and unthinkingly takes on law enforcement and various people who are sustained by the city’s omnipresent black market.

Holly sees everything in black and white* as he bumbles his way through a lecture about literature, widening divisions between the allied occupants, romantic delusion, the Vienna sewers, and a deadly pharmaceutical scandal. 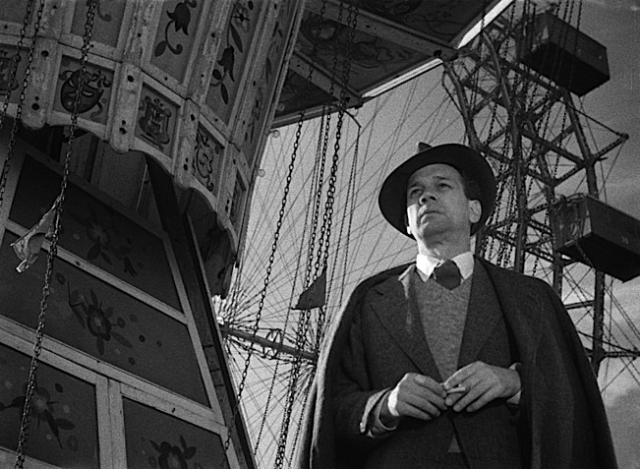 It’s interesting to know now, in light of Don Bachardy’s observations that Cotten was most likely quite homophobic. Bachardy, the devoted and much younger life partner of Christopher Isherwood, has discussed this. Therefore, the reckless naiveté and ignorance about a larger world beyond the smug Holly’s inexperience seems to have been made-to-order for Cotten. The Third Man also has encoded gay characters in fallen aristocrat roles perfectly acted by Erich Ponto and Ernst Deutsch.

A memorable Alida Valli brings anguished mystique to Anna, a woman onto whom Holly projects his idealized views of beautiful women. This element must be considered as one of The Third Man‘s keenest insights. In that time studios worldwide projected extremely to excessively idyllic views of love between men and women.

Orson Welles plays a role I won’t go too much into, as you may have never seen the film before. Two things about this to mull over: his character crushes Holly’s illusions about friendship and integrity. Consider, too, that Welles rates alongside Jane Fonda and Jean Seberg as a film star (and, in his case, screenwriter, director, and producer) and a most hated renegade of Hollywood’s film industry. He took on established artistic and economic forces at a great cost. This would not have been lost on audiences in the McCarthy era. 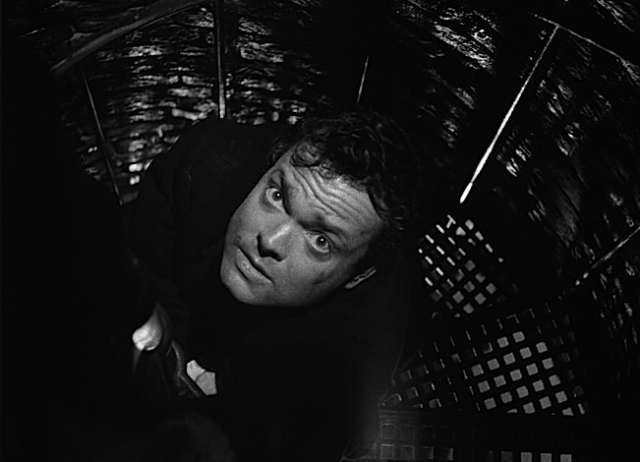 The Third Man’s sheering away of illusions is sublimely served by Anton Karas’ vibrantly lovely zither score which ironically juxtaposes the dark revelations the film unfolds and its breathtaking and militantly anti-romantic ending. But warning: do NOT go to Youtube it, as you must watch the film to get the ending’s spine-tingling staggering effect.

*Understand that in Harry’s day, people generally did not question governments and religious institutions the way we do now. Parents and grandparents were often put on pedestals. If they were abusive it was almost always rationalized to be legitimate and to complain about it was disrespectful. Harry is typical of his generation of Americans and those preceding him. 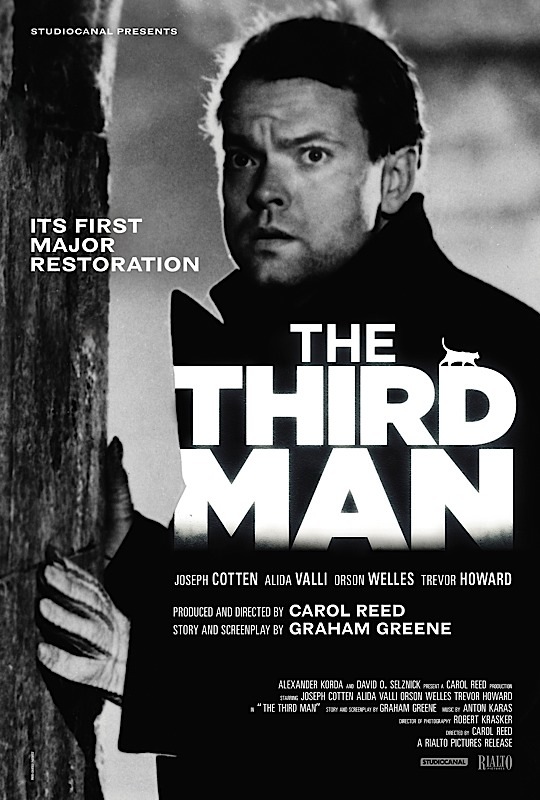