Alabama’s Gulf Shore – The Lure of the ‘Bama Shore 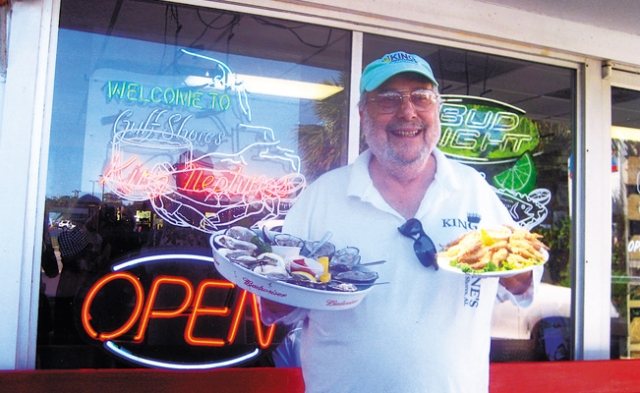 Lots of ways to savor the water, starting with a lazy paddle in kayaks through the bayous of Wolf Bay, watching for the occasional manatee as eagles swoop above the pines and mullets leap from mirrored waters.

Join a sunset cruise on the bay, or head out in the morning with the skipper to reel in foot-long groupers. Or sign on as guest of the fishermen themselves as they haul in shrimp nets, hoist crab traps, and lean their long-handled pincers into the sand in a hunt for oysters.

Harvesting seafood is a great you-know-you’re-not-in-Minnesota experience. Eating it is even better here, where—talk about fresh!—it practically leaps onto your plate. Shrimp! Oysters! Crab! Rinse and repeat. Next up: tuna, flounder, grouper—plus conch, gator and who-knows-what-all for the intrepid palate.

When we finally snag a table (the line stretches down the block) at a homey shack called King Neptune, we learn from longtime owner Al Sawyer the difference between what passes for shrimp Up North and the real deal. Two words: Red Royals. They’re far sweeter than their puny kin—almost like lobster—and Al goes through thousands of pounds each week. Plus oysters, crab claws, seafood po’ boys, slabs of tuna, pots of gumbo. It pays to heed your waitress’s advice: “Save room for the key lahm pah, darlin’,” she counsels. “It’s homemade.” 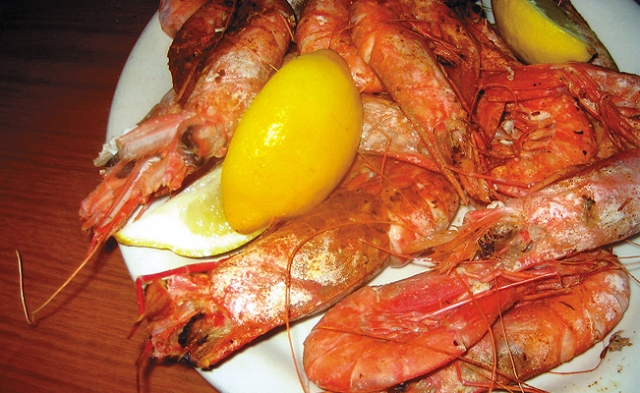 King Neptune swears by brown food—deep-fried the way God, or at least grandma, intended. But over at Gulf Shores Steamer, we encounter that slashed-circle sign desecrating the word “fried,” for its owner prefers to honor the clean taste of the seafood itself, as proven by his grilled crab cakes topped with crawfish tails. Or the mountain of Red Royals. Or the blush-pink tuna steak. Not to mention shoals of raw oysters served up with just a squirt of lemon.

At The Compleat Angler, in Fairhope, a few miles from Orange Beach, where we’ve been eating, chef Zack also swears by brown, as in conch fritters, gator balls, fried crab claws. But also in the deep-Southern flavors of a vinegary gumbo and homemade pecan-orange-mango pie. Says Zack,’ I’m one of ten kids, so I had to learn to hunt and cook or I’d go hungry. Now, I can’t walk away from something I love so much. Everybody’s happy when they’re around food.”

Here on the Gulf Shore, seafood is the great equalizer, as at Tacky Jack’s. Or Floribama, straddling the state lines, where it’s even tackier. And then there’s Voyageur, a romantic, white-tablecloth retreat aside the sea, serving shrimp and grits taken up a notch and delicate whole flounder. Not far away, Ginny Lane Grill, a trendy hangout with local art on the walls and evident in the kitchen, we dined on fried green tomatoes topped with shrimp; gumbo in another tasty variation of that culinary icon; and red beans with rice sided by spicy sausage and collard greens. Oh, and pah.

Lots of ways to walk off the guilt, starting with a stroll through Bellingrath Gardens—65 gorgeous acres that served as a fishing camp until the owner’s wife got tired of making do. So, with the fortune his Coca Cola franchise provided, she planted azaleas, roses, camellias, lilies and hibiscus in glorious profusion along the river, then built a 15-room getaway (open to visitors), which she stuffed with enviable antiques, including Queen Victoria’s desk, items once owned by Sir Thomas Lipton, and a melodeon played by a Methodist circuit-riding preacher. 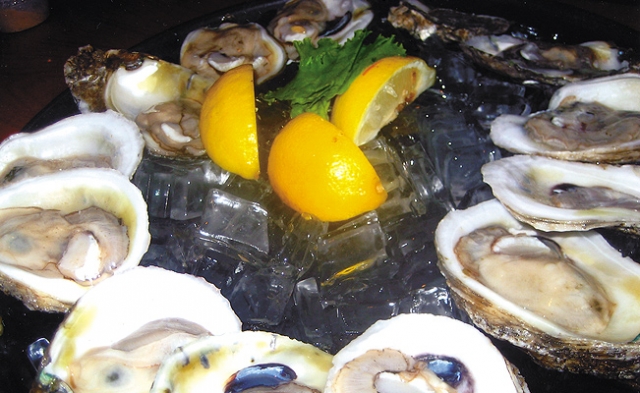 Take the 30-minute ferry ride to Dauphin Island’s bird sanctuary to catch the spring and fall migrations and wintertime’s Bright Warblers, “the Christmas tree ornaments of the woods,” says birder Ron McKee. “This is their last fuel stop before the Gulf of Mexico.  I’m an island resident, and the only reason is the birds. Never mind the hurricanes; they keep me here.”

Robert Dixon’s interest doesn’t focus on the sky, it’s on the water. He’s a scientist at Sea Lab, where  exhibits range from prehistoric ocean critters like the 30-foot mosasaur, which once inhabited Mobile Bay, to tanks teeming with alligators, snakes, lobsters, and all sorts of fish. Rob’s eyes twinkle even brighter as he coaxes kids to pat the jellyfish and sand crabs in their open bins.

But the main attraction on the island is certainly Fort Gaines, famed for its role in the Battle of Mobile Bay during the War Between the States. Five flags salute its former owners—first France, then England, then Spain, the U. S. in 1813, and the Confederates in 1861, says Park Ranger Joseph, sweating in his woolen re-enactment garb. We tour its working blacksmith shop, then hold our ears as Joseph gives a cannon demo that rattles the walls.

Over at nearby Fort Morgan, Mike Daley is also garbed in the heavy wool required all summer back in the day. The last big battle of the War of 1812 was waged here, when it became the troops’ mission to safeguard New Orleans from the British, who planned to use Mobile Bay as a take-off point. It’s also the site of one of the largest battles of the Civil War, when Admiral Farragut uttered his famous “Damn the torpedoes…” cry. 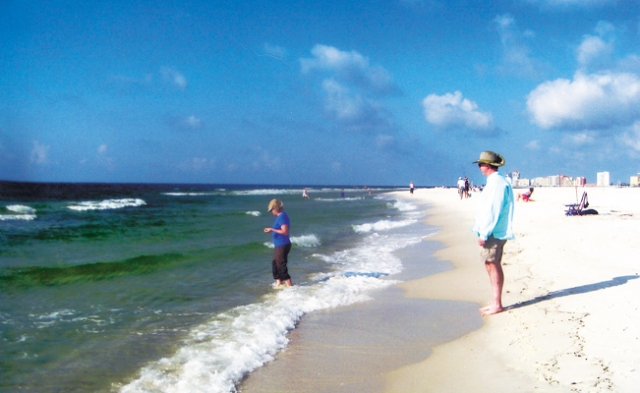 Here we’re given a look at everyday fort life, including homes carved into the ramparts for women who did the soldiers’ wash, and barracks holding sets of bunks, two to a bed (but eight to a single toothbrush, according to Mike). He fires the musket he’s shouldering. Kids squeal.

A final swing to tiny Fairhope, through fields lush with cotton balls and peanut plants before we hit the cutest Main Street you’ll ever hope to see. Fairhope was launched by a dreamer from Iowa who planned a Utopian community. Today it’s flush instead with artists, whose galleries range from elegant to awful, and antiques stores acting as showrooms for museum-quality finds. We head to the pier for one last grand-slam sunset. 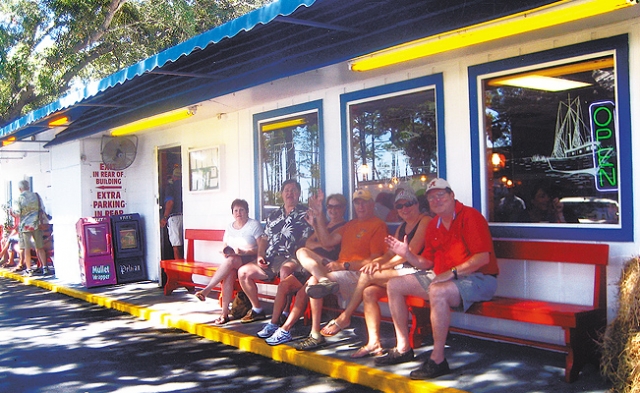