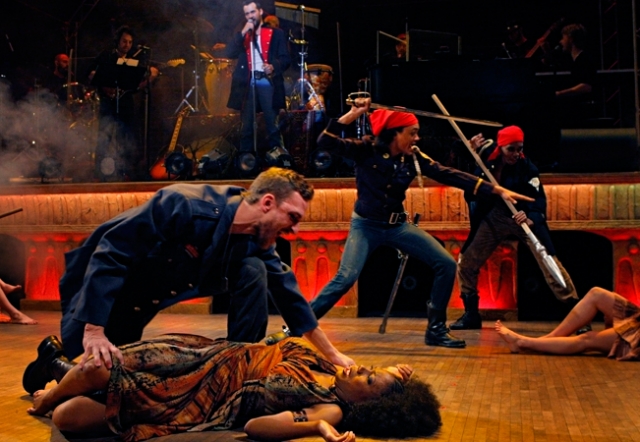 The actors in the Elton John/Tim Rice musical, Aida, are given a tricky task. The script, or what is referred to in theatrical parlance as ‘book’, was written by three very different people with three very different sensibilities: Robert Falls, David Henry Hwang, and Linda Woolverton. The result is a text that shifts from sitcom, to romantic musical comedy, to high melodrama, to political theater and back again. That means the actors must be exceptionally nimble in mind and body. Thankfully, the current Hennepin Theatre Trust/Theater Latte Da ‘Broadway Re-Imagined’ presentation has a masterful cast that fires off all the synapses needed to make this challenging book work. Moreover, the voices are all first-rate. 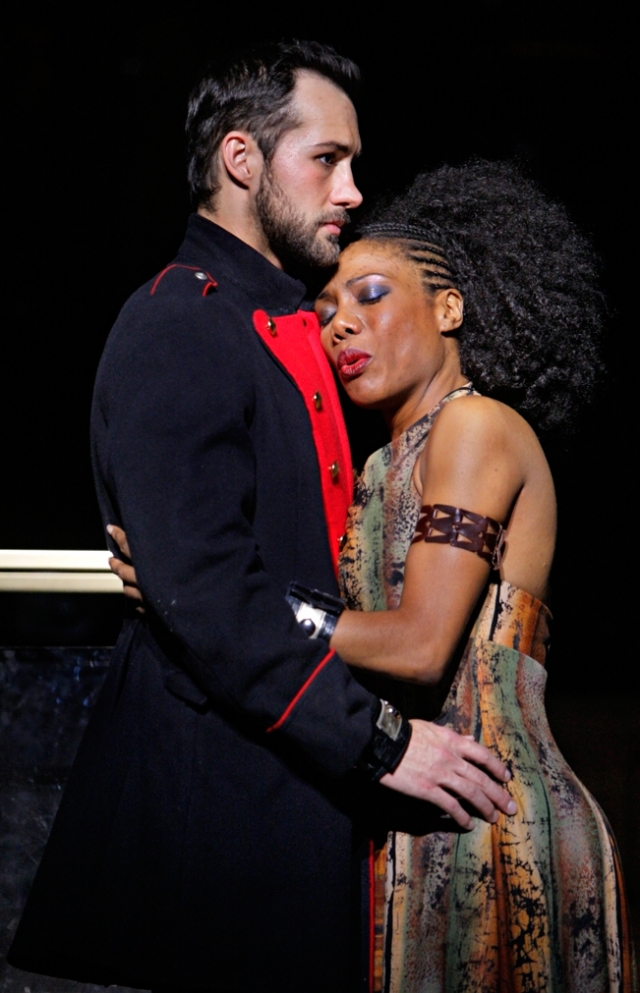 The magnetic Jared Oxborough as Captain Radames brings forth both arrogance and tenderness as a man who falls in love with his prisoner of war. That prisoner just happens to be Princess Aida and Austene Van’s splendid portrayal captures a woman torn between resigning herself to servitude, becoming the spokesperson for her captive people, and being ‘the other woman’. Radames’s fiancee, Princess Amneris, doesn’t know that her beloved is actually in love with her handmaiden, Aida. 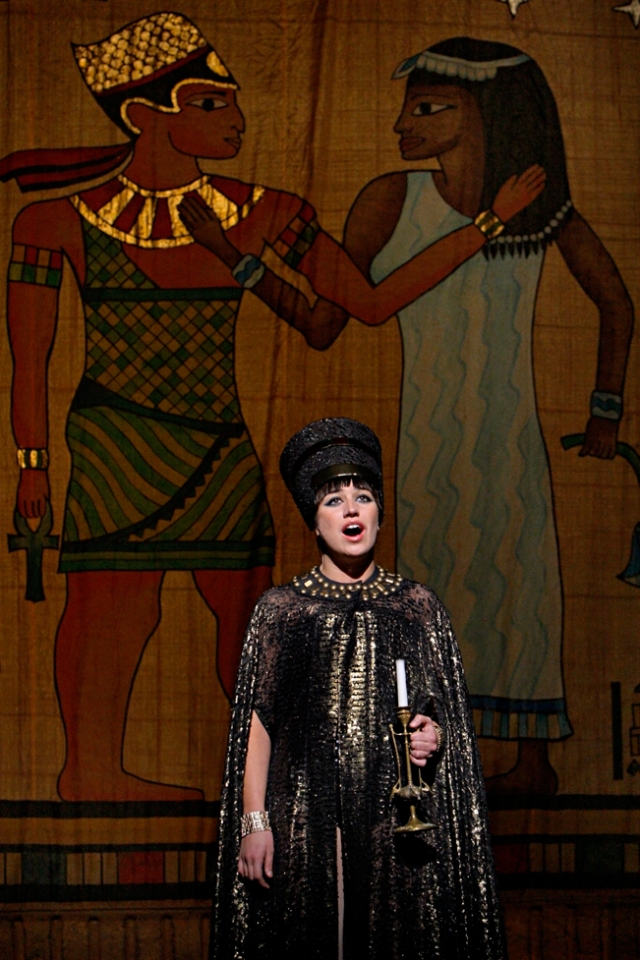 Cat Brindisi is fabulously flamboyant as Amneris yet she also finds rich moments of vulnerability revealing that this musical’s most penetrating insight is how a very privileged woman can step outside her ego for the sake of the interest of others. Even when those others have hurt her. 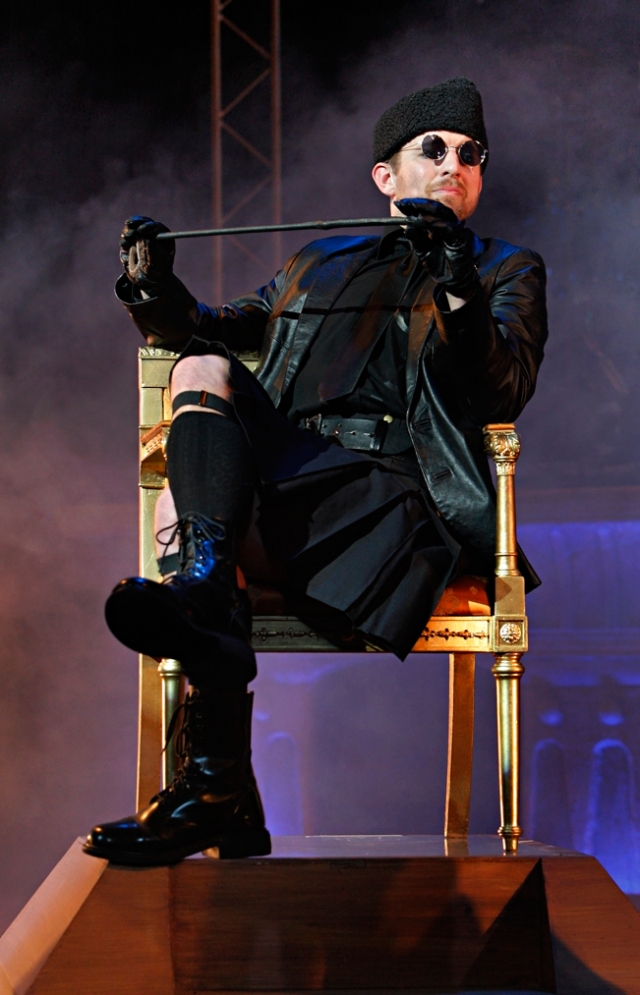 All elements are masterfully united under Peter Rothstein’s sure directorial hand. His actors navigate well the script’s unwieldy conglomeration of styles and Rothstein nicely spirits forth the musical’s lovely spiritual touch, a touch that elicits the notion of reincarnation. 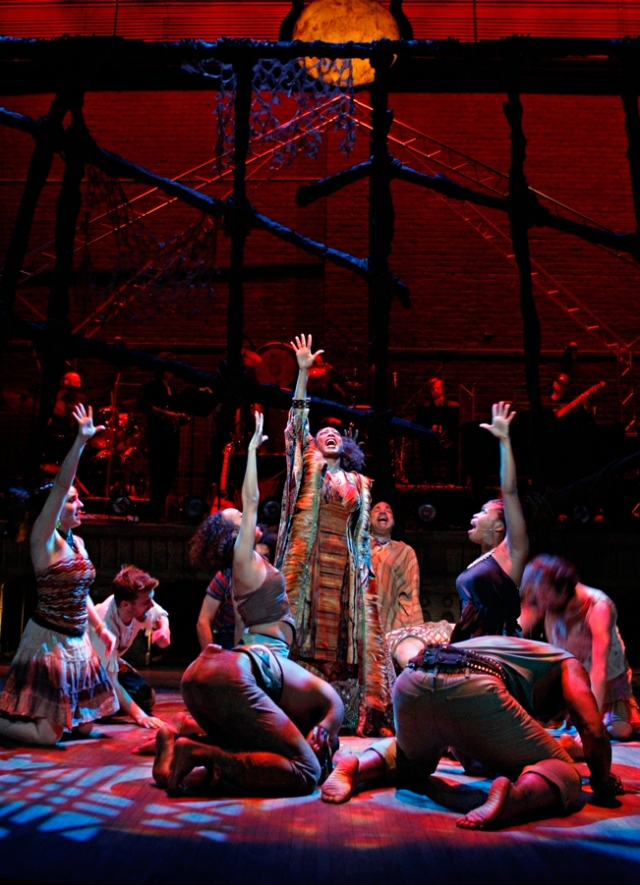