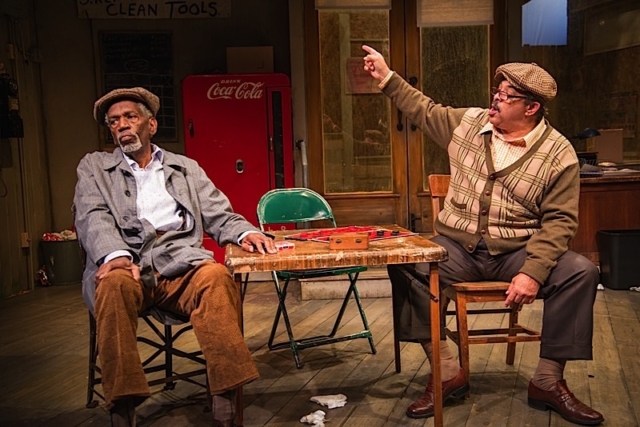 A Pittsburgh cab station in the 1970s is the setting of Jitney, August Wilson’s masterful drama laced with humor. The drivers hustle, grasping at fares as they’re called in. As they scramble to eke out a living, their neighborhood is being sold out from under them by heavily moneyed interests. They live on the edge of a precipice.

The Penumbra Theatre ensemble relates this slice of life with some of the most natural of naturalistic performances seen at a major theater in recent years. Director Lou Bellamy’s magnetic cast elicits the gritty one-up-manship of a dog eat dog small business, the anguish sprung from the devastating ultimate impact of sex assault accusations, and thoughtful insights about where racism ends and personal responsibility begins.