Adore Delano: Taking Us There

Singing from a bathtub full of candy hearts, shooting water guns, kicking back cans of PBR, and puking glitter all along the way, Adore Delano’s music video for “Take Me There” is a reflection of the artist’s playful and carefree nature.

Delano described the video as just that, “I told [the producers] I just wanted to have fun. They’re awesome with ideas and understanding me.” Adore Delano, also known as Danny Noriega, is no stranger to the music business. An American Idol contestant at the age of 18, music was a large part of his career long before his first appearance on RuPaul’s Drag Race. Adore Delano is the best of both worlds, a talented singer and a talented drag artist, but most importantly, unapologetically himself. 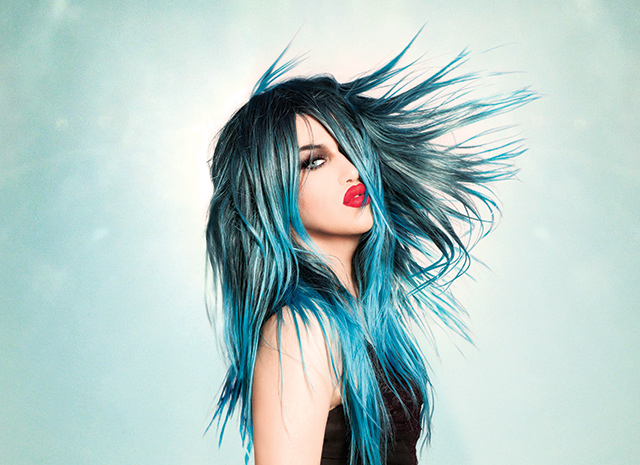 Delano’s latest album, After Party (2016), released this spring. He shared, “I’ve grown up a lot since the last album… I’m older, a lot has happened.” Much like Delano’s Till Death Do Us Party (2014), the album is predominantly made up of club bangers, dichotomized by a few more down-beat personal tracks. While on a surface level, the new album appears best suited for the party zone, Delano also proves himself a talented lyricist with songs like “I.C.U.” which Delano describes as “one of the more personal tracks.”

In “I.C.U,” Delano sings:
Open nights to fluorescent lights and the truth
Frozen in my new-shielded skin thanks to you
Honey, I loved the feeling that you gave to my sickly heart
You wanted space even though we’re a million miles apart.

Similarly, a personal favorite, “Better Than the Movies,” has a driving beat and sweet words like:
Live it up and blame our age
Young enough to make mistakes
Better than the movies.

Overall, the album exudes a youthful energy, a celebration of living life in the present.

In conversation, Delano exudes the chill vibes you would expect: frank, down-to-earth, and totally awesome. While the California native’s sounds have matured considerably, the process remains the same. As Delano explained, “My method is pretty similar as to before. I live experiences down then grab the memory files in my head and create songs out of them.”

Whatever the process, it’s clearly working. Upon release, After Party hit number one on the Billboard Dance/Electronic chart, a proud moment for any recording artist, and a historical moment for the legacy and legitimacy of drag as an art form. 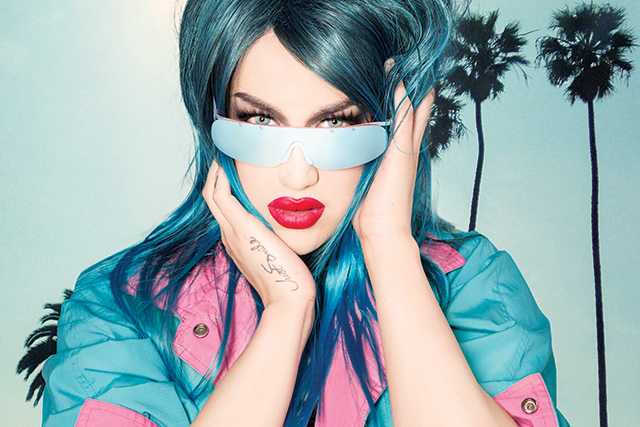 This summer, Adore Delano is embarking on the RuPaul’s Battle of the Seasons tour, which will take him through the Midwest, Australia, Brazil, and the United Kingdom. It’s undoubtedly a lot of travel and a lot of personalities, but for Delano it is also a great opportunity to tour his music live. Over the course of its eight seasons, it has been interesting to see the course that different RuPaul’s Drag Race alums have taken in the continuation of their careers post-show. It’s a fast fame that is both powerful and elusive. Many have created music, but few have produced full albums and even fewer have performed those albums live.

While he is indeed a drag queen of great proportions, Delano’s music speaks to a much wider audience than what you might get from an Alaska Thunderfuck, Willam, or Manila Luzon single. In reality, Adore Delano is just as much a recording artist as is Kylie Minogue or Katy Perry. There is a professionalism, intention, and industry knowledge that, regardless of the wigs and the makeup, paints a bright future for Adore Delano. The look is killer. The pop music is delicious. The timing is right. This is an artist that will continue to thrive in a world that better keep up.

Be sure to see Adore Delano perform at Twin Cities Pride this year with The Pointer Sisters and The Phoenix Philosophy at Pride in Concert on Saturday, June 25, 2016. More information at www.tcpride.org.