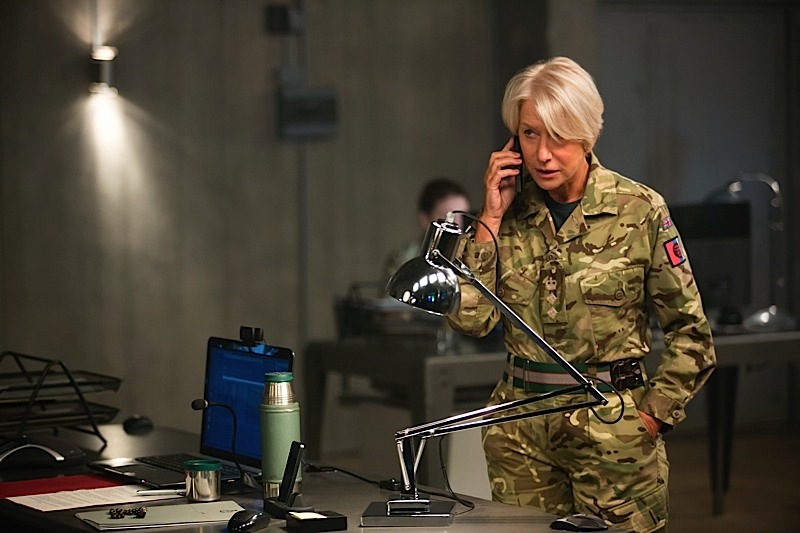 When nations collaborate in foreign warfare in our high tech age, deadly misunderstandings and interpretational disputes, can occur about who is empowered to call the shots and who is not. In his best film since Tsotsi, director Gavin Hood makes us wrestle with our conscience once again with Eye in the Sky. And as with Tsotsi, children become a wrenching part of the equation.

The Brits, led by a compelling Helen Mirren as hardlined and humorless General Powell, are set on bringing in a British national who has become part of a jihadist Muslim terrorist group in Kenya. Mirren’s troops operate, not in the field, but from a post detached from the central action. Her underlings watch live surveillance to determine when they will send a drone to obliterate the cells. Trouble is that the British subject is to be captured alive. Unfortunately, she has been turned into a true believer by her confederates, all of whom are hell-bent on a suicide mission at a nearby mall. To add to this dilemma, a little girl selling bread wanders into the range of what’s called hellfire. Do we kill an innocent to possibly save the many? 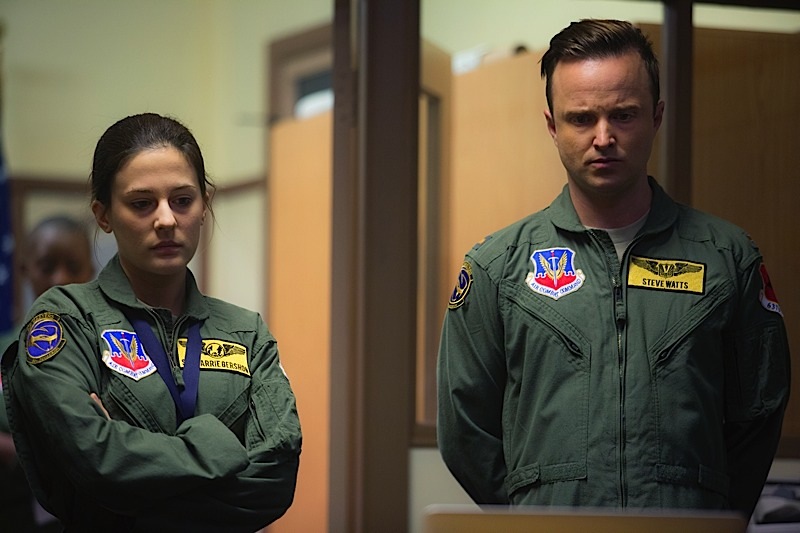 Moreover, Powell’s unit is coordinating with a U.S. surveillance unit in the opposite hemisphere led by Steve Watts, a young drone pilot, portrayed in a richly moving performance by Aaron Paul (Breaking Bad). To add to the mix, London politicians with hotlines to Washington, are brought into this consummately dizzying window into a certainly contemporary bureaucratic vision of foreign warfare. Guy Hibbert’s screenplay is masterful. The effect is not confusing. It’s riveting and, at points, breathtaking.

Barkhad Abdi, who was cast in Minneapolis for his Oscar-nominated role in Captain Phillips, is appropriately nerve-wracking as Jama Farah, the African on the ground who infiltrates on behalf of the allies. Another first-rate performance from this fine young actor as a man who must contend with mixed messages that would raise anyone’s blood pressure. Abdi’s performance is also a sobering reminder of indigenous people in countries where we conduct warfare. They are often placed in horrifically perilous and often, impossible, situations on behalf of the post-9/11 wars of the Bush and Obama years. Better yet, Abdi plays a far more sympathetic character in Eye in the Sky than he did in the racially problematic Captain Phillips. Hood’s film does not grind any political ax, per se, but it is a troubling view into the issues and consequences of today’s warfare, no matter how you feel about the choice of being “over there’ or not. Not to be missed.