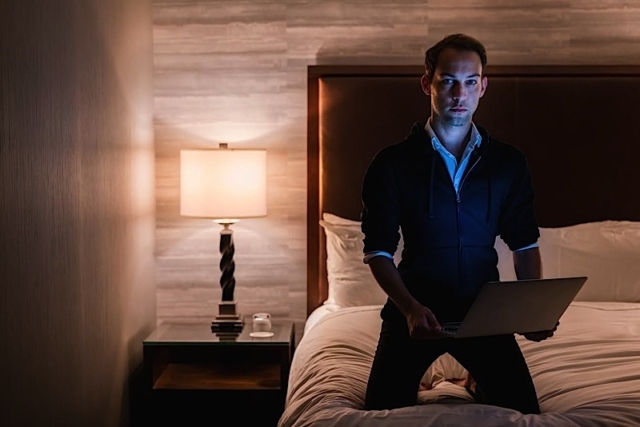 In Now or Later, acclaimed playwright Christopher Shinn shines a glaring light on how political correctness has shaped the Democratic Party and Democratic voter blocs. In an electrifying lead performance, Grant Sorenson plays John, the gay son of a double-talking Democratic Party presidential nominee on the verge of winning the White House. When caught on camera mocking the Prophet Mohammed, John’s left-wing college peers relish what they assume to be his racism and his disrespect for a major religion. These peers, along with his father’s campaign staffers, are oblivious to John’s rightful freedom of speech and the need to critique religious extremism, even if it means satirizing it. New Epic Theater’s Fringe Festival staging at Southern Theater makes this heady script blisteringly human by presenting political arguments blended with real and specific feelings.

Now or Later was first produced in 2008 before Barack Obama was elected and would go on to make his mark on his party. So the reference frames are somewhat dated as John’s father is white and same-sex marriage had yet to be made legal nationwide. Nonetheless, the political correctness that everyone in the play but John is programmed by, is something that Shinn searingly exposes. He processed this as early as eight years ago when the Anybody-But-Bush crowd hadn’t fully worked through their own contradictions. Ironically, Obama would go on to fulfill and ratify many aspects of the Bush/Cheney doctrine. It is beguiling to watch John’s father setting himself up to do the same thing Obama has done, which points to Shinn as a prophetic playwright.

As John Sr., president-elect, Peter Moore gives one of his best performances ever. He reveals a man who has utterly reconfigured himself into a web of rationalizations that are the very essence of smoke and mirrors. Imagine an attractive version of — Oops! Better not say that! He sounds impeccably reasonable and believes his own publicity. But in reality John Sr. has become a mind rapist whose casualties certainly include his son and probably his political base. He is the type of “moderate” who can say with a straight face that its wrong to denigrate a major religion despite the fact that he would have no problem with commanding the raining of bombs on so many devout of that religion.

There’s a delicious image in Now or Later where an elegantly urbane Jennifer Blagen, perfect as John’s mother, is decked out in a gorgeous evening gown and talks about community activism. The disconnect between the elitist image and her populist drivel is simultaneously enraging and hilarious. Limousine liberalism personified! Michael Wieser and Ryan Colbert add strong support to this fascinating production. Once again, Joseph Stodola shows what a marvelous young director he is.