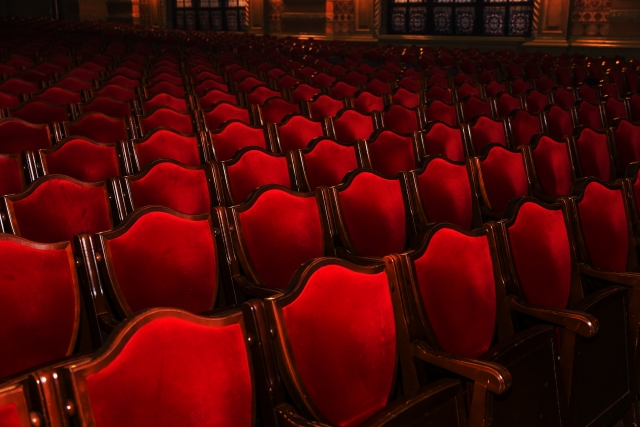 Both were world premieres, both commissioned; double-Pulitzered Lynn Nottage’s Floyd’s through the Guthrie, Stinkers a request from local legend Sally Wingert that playwright Josh Tobiessen write a vehicle in which she might star.

Floyd’s, like Nottage’s 2015 Sweat, takes place in Reading, PA, in a truck-stop sandwich shop Purgatory. Flames spurting from below, Floyd taunts, “I’m the only one who’ll hire you!” “You” are chef Montrellous, mentor-counterpoint to Floyd, and three line-cooks; trust-wary Letitia who stands up lovelorn, devastated Rafael, newbie Jason, savaged by Floyd, hazed by the others. They become entranced by Montrellous’s ambrosial concoctions, aching to attain their own gustatory Nirvana.

Like Floyd, Joyce enters in a whirlwind, enmeshing Brad in a scheme to make wooden toy trucks she’ll sell at fairs, urging Calvin to go for his dream, buy his coveted red truck now and pay later. “Now!”

Mindfulness is important. Nottage notes in an interview, “Making a sandwich can be an exercise in mindfulness–particularly if you create it with intention.” Stinkers Dad practices mindfulness continually. To Oscar’s tantrum-thrown cookie he negotiates, “Pick it up and I will give you a fresh one.” “No!” Brad persists, chipping away the three-year-old’s will until the pastry is retrieved. Even after learning Joyce used his home to stash her loot and his bank account as her launderette, Brad remains Dad. “You’re having a bad day,” he consoles Oscar, and, ad infinitum, “I’ll love you even if you don’t love me.”

In various manifestations, Floyd’s and Stinkers characters display courage. The everyday striving for salvation in a sandwich or for a love you’ve never experienced; courage in answering the need for a diaper change while faced with losing everything because of Mom’s larceny. Even the Boss from Hell keeps Floyd’s open and running, manifesting produce from unnamed sources, and single mom Joyce scrimped to buy the home in which Brad and grandkids live. She did time, she reveals, to protect her equally larcenous, money-skimming co-workers who chipped in with the “laundry” that before incarceration she hid in… well, way too close to home.

Brad’s first inkling of trouble is a bank call about recent large deposits. Outraged that his toys are not the source of wealth, and also grief-stricken: “I thought I’d found something I was good at.” It gets worse. Joyce finds her 7-figure nest egg has disappeared in the bed of Calvin’s new truck. “Are you having a bad day?” Evie lisps. “Mimi, sing us a song!” Mimi demurs, relents. “This is one I sang for your daddy when he was little, but he won’t remember.” “Hush little baby don’t say a word,” she begins. And Brad joins in.

Finally, the four flee Floyd’s. On the threshold, Jason eyes Floyd; “You’re mean,” he murmurs. “Mean.” They decamp, fleeing outward, while Stinkers members snug inward to home and hearth. A wickedly contrived ending to Stinkers allows dust and swag to settle on the deserving. Lilith and Calvin have a fresh start. And Floyd of the flames? Allegories are what they are. She’ll tyrannize a new batch of recently released line cooks, who’ll sling mayonnaise, slice white bread and cheese, dreaming of their perfect sandwich.

Following a Stinkers matinee, we went to All Square, “a criminal justice social enterprise” in South Minneapolis that really knows its grilled cheese. Ladies at the next table had Floyd’s programs. The plays’ runs have ended, but the folks at All Square continue to serve. allsquarempls.com