A Word In Edgewise: Theater in the Time of Covid-19 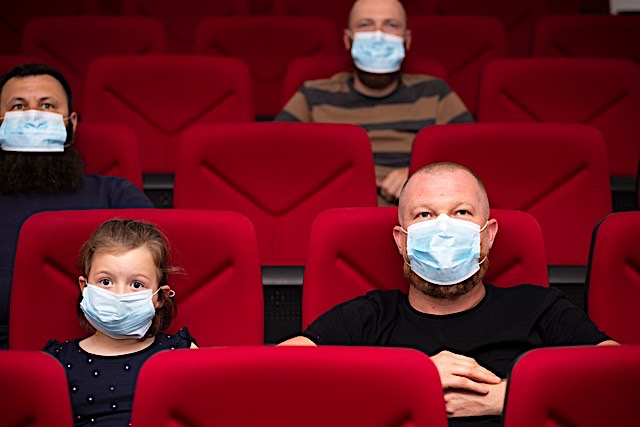 Entering the Orpheum I was surrounded by a gaggle of little princesses—and princes—shepherded by a phalanx of their elders, all masked and hyped for the cold comfort to come, it hit home that I not only had not set foot in a theater since February of 2020, but I was likely the only person in this hemisphere—if not beyond—who had neither seen nor heard of Frozen.

The night’s performance burst forth with gusto, swathed in miraculous, astounding effects that the Bard himself would have envied, including Shakespearian fools in snowman and reindeer personas.

For any few as benighted as I, Frozen features a princess—Elsa—who flees an infuriated crowd when her untamed magic turns her kingdom to ice; her sister, Princess Anna (“the spare”) whose love, loyalty, pluck will save the day. Added to Anna’s roguish wit was the fact that she’s played by hometown favorite Caroline Innerbichler, the Eagan native well-known from her performances in Fiddler on the Roof and The Little Mermaid at Chanhassen, and many others all the way back to her high school debut in Annie.

It was truly a magical evening, and one left flushed with the hope of seeing a thaw in our own kingdom, as well as that of Arendelle.

The Guthrie, opening after 578 days with Heidi Shreck’s memoir play, What the Constitution Means to Me is the story of another young woman in another, closer realm. The 15-year-old Schreck, played here by Cassie Beck, earned money for college by entering debates, giving speeches throughout the country at American Legion halls speaking passionately on the Constitution.

Onstage, Beck’s Heidi keeps her teen passion, but is having second thoughts about the Constitution and what it means to her, now as a 40-year-old adult. With an Elsa-like flick of the wrist, she conscripts the audience as Legionnaires, proclaiming, “Tonight you’re all men” —men who are facing an open stage in Wenatchee, WA, Legionnaire’s hall. There’s a podium for the contestant, a Legionnaire official timing her responses, and Heidi, recreating from memory her original speech. The background walls are studded with over a hundred framed portraits of white men.

Not attempting to play teen, the adult Heidi interrupts her original spiel to explain how women in her own family, through four generations of domestic abuse, were not protected by the Constitution. By turns serious, funny, ironic, Heidi’s narrative is always free from self-pity, stressing that what her female forebears endured, so did generations of indigenous peoples, trans black women and many others. Imagine, she instructs her audience, a group of people living under a document that recognizes and protects only the rights of white, male landowners. She pauses before adding, “We don’t have to imagine.”

In the end a third actor, a young teen woman, debates Heidi on whether the Constitution is worth preserving; we, the “Legionnaires,” must decide the winner.

Each of these plays offers female protagonists passionate preserve those things in their kingdom/country that are valuable, seeking equity and justice for all living within their borders, ultimately, to defrost the rigid ties that fetter their people.