A Word In Edgewise: Thank You for Being a Friend 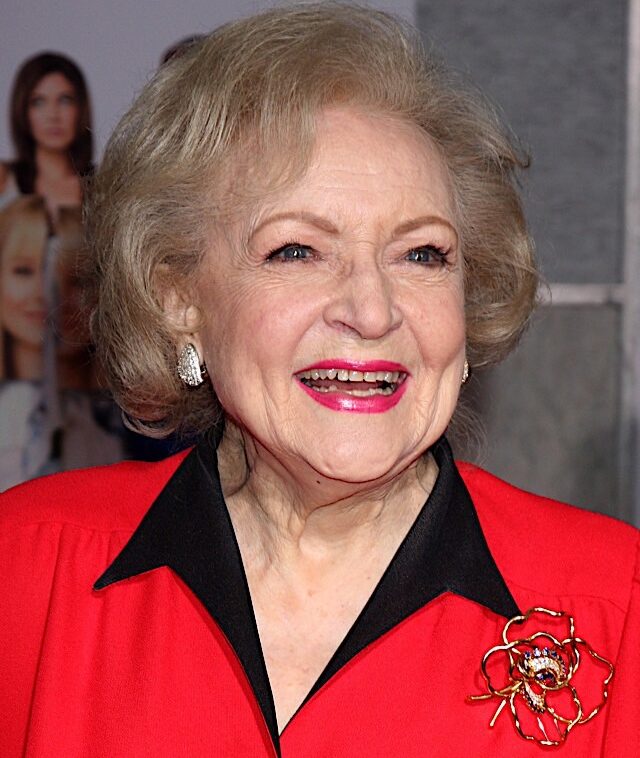 I didn’t want to write this piece now, not for a long, long time. Yet, here we are; she’s gone, and I couldn’t not.

It comes as a shock when a well-known person dies, but some deaths feel more immediate. “I have never lived in a world without Betty White,” I mused. “None of us has,” echoed a friend. “Feels like a personal loss in a way that few celebrity deaths do.”

His words swept me back to December 1974, when Jack Benny died. It had been 20 years since I’d spent Sunday evenings glued to The Jack Benny Show on radio, yet now I felt an unexpected pang knowing that well-loved voice had been silenced.

By the 70s, there was color TV, and I encountered Betty White on The Mary Tyler Moore Show, then later, on the glorious The Golden Girls. Millions watched these shows as well, and Betty White, along with her cohorts, passed into legend and reruns. Many celebrities died over the decades, bringing shock or sorrow, but something unique in Betty White (and Jack Benny, for me) struck a more personal chord.

Both were astute comedians, each could be sharp when needed, but neither was mean or cruel. Benny held a years-long “feud” with Fred Allen, but when asked about it, he’d reply, “You couldn’t have such a long-running and successful feud as we did without having a deep and sincere friendship at the heart of it.”

Betty White could be more outrageous than Benny, but the times were different. Her quotes are legion and easily Googled today: “My answer to anything under the sun, like ‘What have you not done in the business that you’ve always wanted to do?’ is ‘Robert Redford.’” or, the very non-Benny “Why do people say, ‘Grow some balls’? Balls are weak and sensitive. If you wanna be tough, grow a vagina. Those things can take a pounding.” One might be Betty White’s motto: “I just make it my business to get along with people so I can have fun. It’s that simple.”

Both comedians had an ingrained sense of fairness. In 1954, on The Betty White Show (a spinoff of Hollywood on Television) she featured Black tap dancer Arthur Duncan, who had appeared on the original show. This wider broadcast area drew threats that the show wouldn’t be aired if Duncan stayed. “I’m sorry, but he stays,” replied White. “Live with it.” The show was soon cancelled.

Benny’s valet Rochester was played by Eddie Anderson, who first appeared in 1937, the first African-American to have a regular role on a nationwide radio program. He moved to TV with the show until the end in 1965. In one of many similar incidents, when the show was on location in New York, a southern couple complained about Anderson staying in the hotel. The manager asked Benny to “do something,” and was told Anderson would leave the next day. He did—checking out with Benny and the entire cast.

Benny’s stage persona was that of a greedy tightwad, but in reality he was generous, once raising $5 million for symphony orchestras around the country. Betty White is widely known for her love of animal welfare and conservation; after Hurricane Katrina she quietly hired a private plane to relocate the Audubon Aquarium’s otters and penguins.

In November 2011, Betty White was given the UCLA Jack Benny Award, “to honor her outstanding achievements in the field of comedy.” Accepting, White remarked, “Jack was something special and … was the originator of a lot of stand-up … His was a gentle comedy, but funny.”

Mourners responded from around the world, among them Editorial Cartoonist Marshall Ramsey of Mississippi Today, who captioned his image of Betty White’s celestial reception, “It says so much about your life and legacy if people think you died too soon at 99.”