A Word In Edgewise: Sardines and Silliness: Restorative, Not Restoration Drama 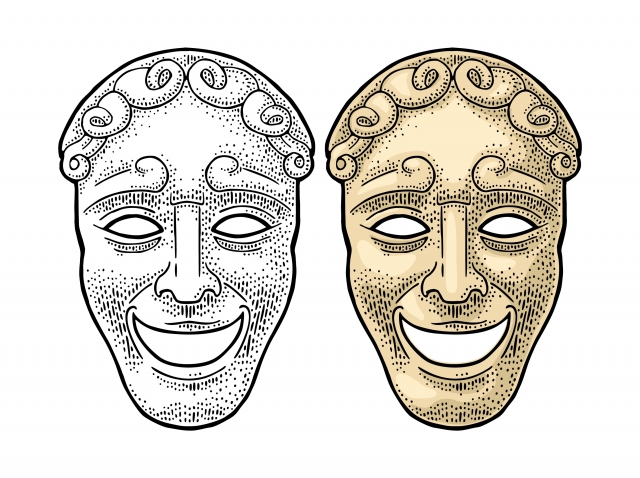 It’s a world-wearying time. Shall we seek respite in theater? Not Lear or Loman, not sarcastic Coward or brittle Wilde. Something…silly. Through prescience or perchance, the Guthrie offers Noises Off.

Michael Frayn’s 1982 gem introduces a group of British provincial actors thrashing through the dress rehearsal of Nothing On, a bedroom farce, about whose quality the set’s garish green carpeting speaks volumes.

Act Two: On tour. We’re backstage now, where the Nothing On cast must pantomime wayward props, missed cues, and personal vendettas and trysts accrued during the run; forced into silence as the play lumbers along out front. The breakneck pantomime is splendid, notably Sally Wingert’s hefting an unwieldy axe that overbalances, pinwheeling her into a spectacular pratfall from which she uprights fluidly and carries on.

It takes meticulous timing and physical agility to look this effortless. Like Wingert, the entire cast lurches, slips, falls, and crashes seamlessly, wreaking chaos on order, then, on a dime, pulls order from shambles. The amazing grace of Noises Off, why I believe it’s needed in these parlous times, is that it contains not a trace of malice or ugliness. Conflict, yes, this is theater, but no injury, no bitter aftertaste. Slapstick teeters on the brink of disaster, but like Wile E. Coyote and Road Runner tossing anvils and sticks of dynamite, these actors will emerge unscathed; housekeeper Mrs. Clackett will, like the rising sun, reappear in the next scene with or without her plate of sardines.

Counterpointing Noises Off with Nothing On, Frayn uses all eight actors and their characters to deliver a spot-on yet affectionate sendup of theater life; an actor demanding his “motivation” for carrying a box into another room, an ingénue that over-gesticulates and over-emotes, actors/actresses that forget or leaving props, and, specific to this drama, shoals of ripe, slippery sardines. The cast are archetypes, but not cutouts; Frayn’s double action overlays caricature with a beating heart.

Act III: April, at the end of Nothing On’s run, the entire assemblage is unravelling; the actors are running on fumes, grasping for lines and props long gone. Huddling together they cry, “What do we do now?”

My own advice to the theater-goer: See Noises Off! Laugh ’til you’re breathless and weepy: It’ll do you a world of good.