A Word In Edgewise: One Great Leap for Mankind 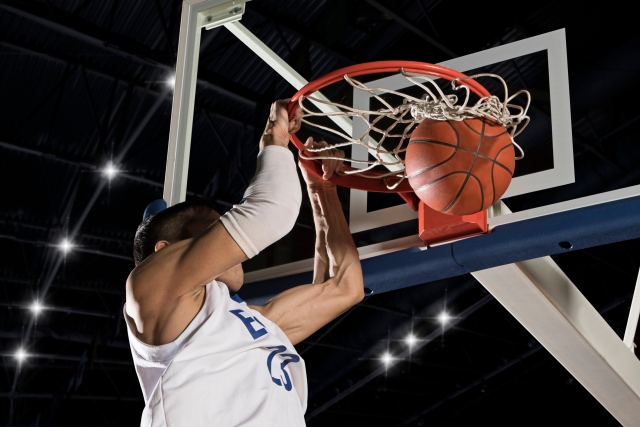 We mortals live our lives bounded by space and time, struggling to gain our fair share of each. But membranes are permeable; actions seep through generations, past affecting present, present altering past.

Lauren Lee’s The Great Leap, recently at the Guthrie, adroitly, frenetically engages themes of generations, family, international politics, and time, all played out within the time span of an average basketball game.

Basketball on the Guthrie’s Proscenium Stage? Actual spheres rarely appear, but passing, dodging, feinting, and rapid-fire ricocheting dialogue between the four characters, the swift court moves, their comings and goings, engage even the least athletically inclined and leave one rooting for… well, that’s the viewer’s choice.

Yee’s basketball conceit comes, as Yee noted in an interview, from her father, a.k.a. Spider on the court. Like her teenage protagonist, Yee and her siblings grew up in San Francisco’s Chinatown, while the story she crafted jumps between 1971 and 1989, from the time of Mao Zedong’s lethal “Great Leap Forward” to the protests in Tiananmen Square.

Saul, a washed up basketball coach, Manford, young Chinese basketball star wannabe, Wen Chang, coach of the current Beijing team, and Connie, Manford’s cousin (or is she?) comprise the cast. In 1989, Saul is returning to Beijing for a rematch of the 1971 “friendship” game, Manford hounds Saul for a place on the team, Wen Chang, still cautious, wants not to be noticed, while Connie, keeper of secrets past, hovers round.

Basketball, to paraphrase Yee, is the art of maneuvering for enough space to make the shot. Within the play, Yee created space for a fifth pivotal character, Zheng Li. At six-foot-plus, Zheng Li’s vaunted athletic prowess, as well as her courage in escaping Mao’s maelstrom, permeates both play and characters, giving form to space and meaning to lives lived through generations.

A high-speed cat and mouse game whose freeze-scene in Tiananmen Square shocks, leaving the viewer pondering their own space and time, wondering just what use they’re making of them.

We too seldom acknowledge how the lives of those before us have shaped us, nor do we consider what spaces we are unwittingly creating for the future. Yee and director Desdemona Chiang offer a powerful presentation of the leaps of love and personal growth through space and time.