A Word In Edgewise: Once Upon A Time Is Now 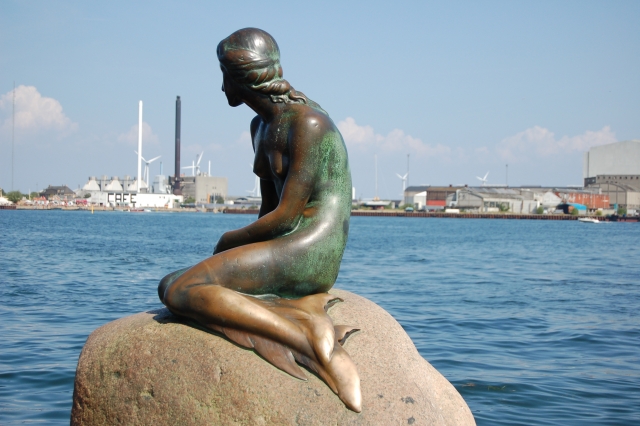 There’s some flap about Disney’s decision to cast Halle Bailey as Ariel in its live-action version of The Little Mermaid. Bailey is black, and some insist Ariel has always been a red-headed white gal… or fish, but “Ariel,” like “Mickey,” is Disney’s doing. Hans Christian Andersen’s scary 1837 fairy tale concerned a nameless, soulless, mute fifteen-year-old.

Gender changes open new avenues of thought. Shakespeare, we all know, used male actors in all roles. Even so, the British all-male company Propeller’s production of The Taming of the Shrew here in 2013 was both brilliant and disturbing. The severity of the shrew Kate’s “taming” can horrify when the parts are played in today’s gender-normal fashion. Males playing both parts, allows more physicality and violence than usual with a female Kate. Seeing the brutality, the viewer must consider, “This is what actually happens.” After Kate’s lengthy final monologue urging submission, Pioneer Press critic Rob Hubbard noted, “There was a chilled silence in the audience.”

The 25th film in the James Bond oeuvre will reportedly find Bond in retirement in Jamaica. When M calls, “Come in, 007,” Lashana Lynch (who portrayed fighter pilot Maria Rambeau in Captain Marvel) enters. In a neat side-step, Daniel Craig will reprise Bond, but Lynch will assume the code name.

As more past events are uncovered, one realizes how large a part unrecognized women of all colors played in our scientific development. John Glenn, before his 1962 orbital mission, demanded, “Get the girl to check the numbers. If she says the numbers are good, I’m ready to go.” The “girl,” Katherine Johnson, will turn 101 in August, was awarded a Presidential Medal of Freedom in 2015, and now has a NASA facility named after her.

While Irish physicist John Tyndall’s publications from 1859 are credited with his discovering the greenhouse effect, a recent digitized copy of The American Journal of Science and Arts reveals Eunice Foote was the first to present on the topic in 1856. She couldn’t read her own paper, nor join the scientific society, and was forgotten, like the women “computers” a century later.

Unlike Disney’s, Andersen’s little mermaid was left to toil 300 soulless years towards salvation. Perhaps one Little Mermaid lesson for today’s tots is what horrors can happen when they lose their voice.