A Word In Edgewise: Fear Is a Many-Splendored Thing 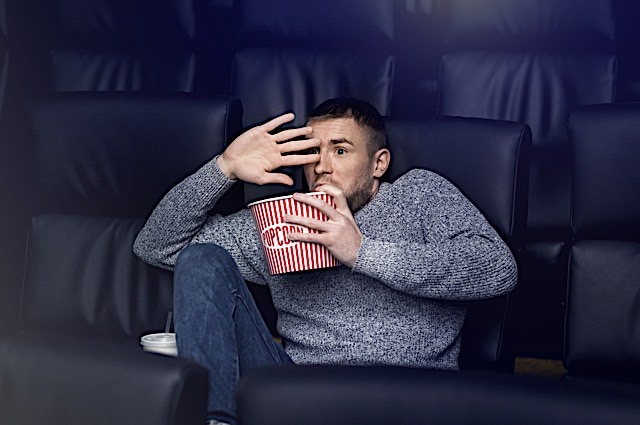 A recent short piece by CNN writer Sandee T. LaMotte, “Why Am I a Scaredy-cat and You’re Not: The Science of Fright,” offered thoughts on why there are horror aficionados and those who dive under the seats at a hint of blood.

I realized I don’t go to horror movies, or haven’t for a long time. They either had ridiculous monsters or, as techniques grew more sophisticated, escalated special effects to over-the-top, cringe-worthy extremes. I don’t stop to gawk at traffic accidents—I don’t need to see heads explode on screen.

I’ve read plenty of horror novels, mysteries and thrillers, but even there, there are limits. At some point, and all readers differ if they have limits at all, forensic detail can tip over into torture-porn. Admittedly, if one reads horror or mystery, there’s bound to be unpleasantness, but so there is in Anna Karenina or Madame Bovary. As to fire, consumers are drawn to a dangerous film or book, but choose their personal degree of heat, keeping some distance, yet eager to see how others handle disaster. As to cinematic mayhem, just gruesome doesn’t work for me (would most viewers pay to attend an ER of a Saturday night?) and the noise in theaters today is beyond (my) bearing—even the amazing Ring conglomerate over-audio’d.

The article posited that the age at which one sees a scary film can define its impact. When I was, oh, five or six, a little group of us was treated to a Disney film (Fantasia? Snow White? I don’t remember). One little boy was so terrified and screamed to such a frequency he was taken away. This was pre-TV—everything was one-shot and overwhelming. (I enjoyed it, but then my dad told me bedtime stories about the Lindbergh kidnapping, and would jump out at me from shadows with a yell…)

Questioned recently about my most traumatizing movie as I kid, remembered Hitchcock’s Strangers on a Train. Not for its intrigue and murder, but the finale’s runaway carousel; the horses pumping up and down, wooden eyes wide as the whole structure began to tilt off center; the agonizing, drawn-out minutes as a carny worker shimmied underneath to reach the controls at the center; everything exploding as he yanked the lever. Dad took me to see it when I was 10, and the plunging horses, the riders’ screams, were perhaps still too close in time to the Hartford Circus Fire from which Dad had saved me when I was three.

But back to horror. Val Lewton made grade B films in the 1940s that for me equal or surpass the fanciest EFX today. Lewton (with Jacques Tourneur) knew how to draw suspense to the knife’s edge without resorting to a chainsaw or torture chamber:

A woman swims alone at night in an indoor pool. Glints of light sparkle on the water, little wavelets plash against the tile. An unseen presence, hoarse panting. The swimmer screams. Nothing. She screams and help arrives. Nothing. But when she’s handed her bathrobe, it’s in shreds.

Cat People, 1942, budget $135,000. Lewton’s genius was making the viewer do the heavy lifting. He supplied the shadows, unsettling sounds, the knowledge of something large and dangerous impending, but nothing you—nor the actor—actually sees. (Tip: Google “Lewton Bus.”)

Give me that inner panic and I’ll rush to see your movie, buy your book.