A Word In Edgewise: A Nose With Panache 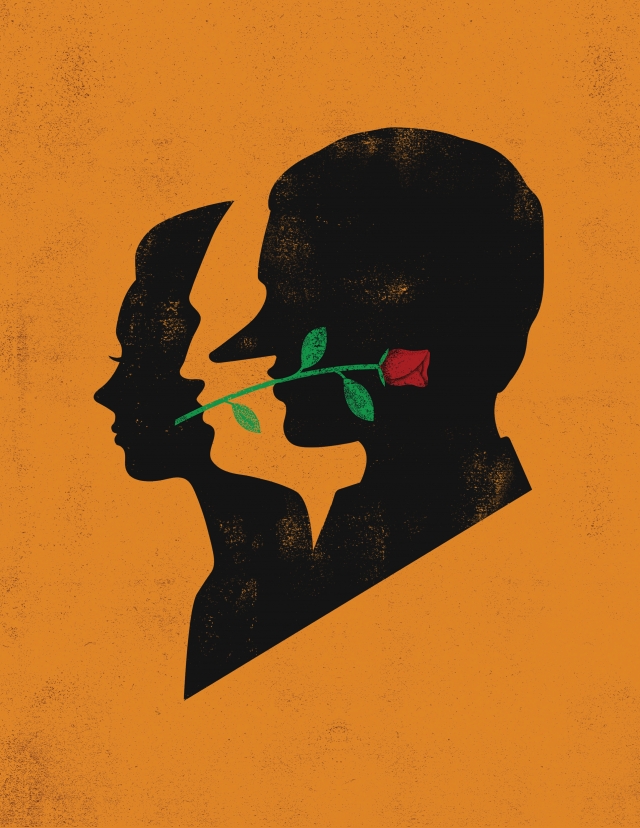 Photo courtesy of the Guthrie Theater

Photo courtesy of the Guthrie Theater

Rostand’s flesh-and-blood template, Savinien Cyrano de Bergerac (1619-1655), provided the swashbuckling hero of the playwright’s 1897 blockbuster. The original sported an oversized nose, was a skilled swordsman, wit, and author; he made enemies, wrote two plays and two science-fiction books concerning travel to the sun and the moon, all this rich material Rostand used. What Beta-Cyrano did not have, but Rostand created, was Roxane, the unattainable love, the engine that has driven Rostand’s masterpiece for 122 years.

As Rostand retooled his Cyrano, so others have retrofitted Rostand’s, according to their times and temperaments. Anthony Burgess’s 1971 Guthrie Cyrano, according to drama critic Henry Hewes, used “cosmonautis” in the “moon-dropper” scene, and for Cyrano’s final “panache” penned, “a diamond in the ultimate combustion.”

Rostand’s play and contemporary Parisians were far removed from the play’s romantic 17th century, yet the opening night’s audience stood applauding past an hour. Rostand was catapulted in an eye-blink from unknown to immortelle in the Académie française (founded in 1635 by Cyrano’s enemy de Guiche’s uncle, Cardinal Richelieu.)

Haj left only Cyrano’s ballade, composed aloud as he duels, in the original French, offering the viewer a taste of its complex meter and rhyme, avoiding flooding the English ear with an evening of rhymed iambic hexameter.

In 1640, “panache” referred to the plume worn in a military helmet. Cyrano wore his white plume daily—as his writing quill. Fifteen years on, Cyrano breathes, “One thing is left…” When Roxane asks, “That is?” Cyrano murmurs, “My white plume.” Or as Rostand wrote, “Mon panache.”

Roxane and Cyrano look within. Finally, they see.