A Walk on The Dark Side in Tennessee Williams Existential Gem, ‘Camino Real’ 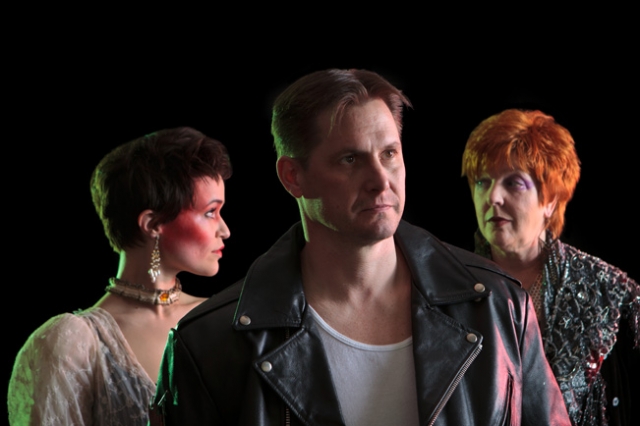 The actors in Girl Friday’s production of Camino Real have skillfully united the emotions with the philosophizing inherent in Tennessee Williams’s existential 1953 play. This is no small feat as it is a drama comprised of various historical characters out of historical context such as Lord Byron, and fictional icons outside of their context, such as Don Quixote. They all function as travelers or other humans who have come to lead meaningless existences and have therefore, finally reached a dead end in a military police state known as the Camino Real. When executing this script, the title name is deliberately mispronounced throughout at Williams’s instruction with the accent on CAM, not the I.

Williams’s Camino intentions have been discussed from many angles. However, it exemplifies, as with some of his previous, more realistic plays up to that point – The Glass Menagerie and A Streetcar Named Desire– the overwhelming fear and phobia of destitution. That said, the southern belles and those within their orbit in those plays are a far cry from the archetypal figures who traffic the Camino. (Of course, those early Williams belles have since become archetypes in themselves, but then Williams is perhaps the greatest playwright since Shakespeare, so that is to be expected.) 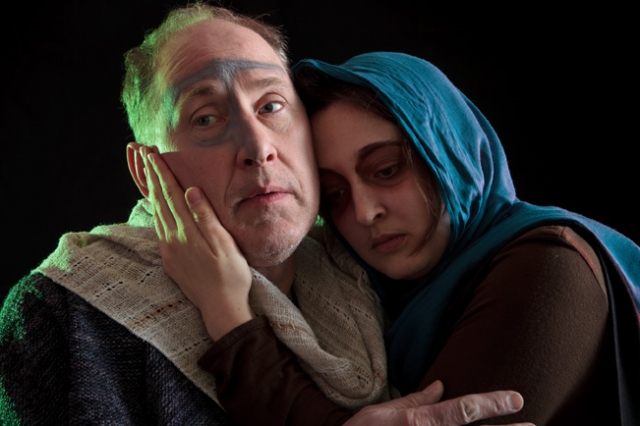 Williams had been a very sexually active adult and his Camino writing emanates deep understandings sprung from that. He was also a heavy drinker. About his homosexuality, his trysts, and his booze, Williams was brazenly unapologetic, even in the 1950s.

Therefore, Williams would have been acutely aware of the ‘meat market’ known as gay cruising scene and its harshly exacting exclusion of the old, the un-muscular, the un-trim,  the infirm, and the un-pretty. Camino Real glistens darkly with references to physical, sexual, and emotional deterioration. An aging Casanova, reminiscent of Garcin in Jean-Paul Sartre’s No Exit, pathetically tries to heat up his love for Camille but she deflects him. The prizefighter Kilroy, though a good-looking stud with a genuinely sweet personality, but past his prime, is seen as inferior by Baron De Charlus. Kilroy is still handsome but he’s a ‘has been’ – it’s a favorite concept of Williams wherein the princely young man once adored by so many falls into personal disarray. We also see this with Williams’s other gay contemporary, Pulitzer Prize-winner William Inge. These roles also represent the identity crisis of the Post-World War II American male, something that many plays and films of the period reflect on. Williams, Inge, and heterosexual Arthur Miller were brilliant in their examination of this issue.

This diminishing of the spirit is understood deeply by director Benjamin McGovern’s topnotch cast. John Middleton is perfection as Casanova – once sexually prolific, he can no longer afford the Camino’s upscale hotel and lives on the verge of eviction. He faces a grim future at either the local filthy flophouse or the streets where he may be ‘disappeared’ by ‘The Streetcleaners’. John Riedlinger and Kimberly Richardson play these official janitorial thugs with a sharp sense of intimidation. (Harbingers of Pinochet?) An elegant Alan Sorenson as the Camino’s haughty overseer and a seedy Sam Landman as its sort of Mayor of the Streets, are splendid as they contrast how a police state’s personnel infrastructure operates. (Kit Gordon served as the production’s dramaturg and I suspect she was beneficial in helping the actors understand this complex script.)

Though Baron De Charlus, from Marcel Proust, seems to enjoy skid row for what we can probably assume is its easy ‘rough trade’ pickings, his cruising ultimately does him in. Is this a cautionary Williams perhaps reminding himself and others so inclined, of the danger of being expressively gay at the time when even out gays were still at the mercy of the streets. One imagines Williams himself in Mexico City’s Zona Rosa or the ill-fated Sebastian in his later play, Suddenly, Last Summer.

David Beukema is exquisite as the solipsistic Baron. In a radically different turn, Beukema also plays Lord Byron, as a heavy metal stud – a marvelous choice, viscerally acted. And though that choice could not have been made in 1953 it fully honors the spirit and intention of Williams. (I daresay Camille Paglia would be pleased with both portrayals. Her views of gay men, romanticism, and rock and roll are uncannily embodied by Beukema.)

Eric Knutson, a superior local actor who merits being seen by a larger theater audience than he has been, brings soulful goodness to the role of Kilroy, the washed-up All-American boxer, still wholesome as apple pie. Knutson touchingly reveals how his illusions are stripped away as he suffers the degradations of the Camino.

Someone who makes degradation her stock-in-trade is The Gypsy played with brassy command by Sally Ann Wright. She pimps her daughter, Esmeralda (a dreamy Sara Richardson), whose ‘virginity’ is a debasing bargaining chip.

Craig Johnson and Meri Golden elicit the decrepit nature of Lord and Lady Mulligan quite effectively. Regrettably, however, McGovern has staged Golden’s tormented moments of escape so that we cannot see her expressions clearly. This is exacerbated by Karin Olson’s excessively dim lighting design which, unfortunately, dominates throughout.

Williams had to shed the realism of his previous plays to reach the ugly emotional currents he felt compelled to illuminate in Camino Real. The play is its own animal and is profoundly significant and beautiful. But not pleasant and not redemptive. Williams integrated notions from Theater of the Absurd and existential drama with his own signature lyrical style to create a cautionary meditation on poverty, physical deterioration, sexual inadequacy, death, and the brutal policies and procedures of fascism. Small wonder that 1950s Broadway, still intimidated by Joe McCarthy’s crowd, was hostile to it. Moreover, Williams went on to create other great works that surely Camino opened him up to – Night of the Iguana and Cat on a Hot Tin Roof, and a play that re-encounters the Camino-like dark side, Small Craft Warnings. Just as Williams bravely plumbed the depths, so has the superb Girl Friday ensemble.