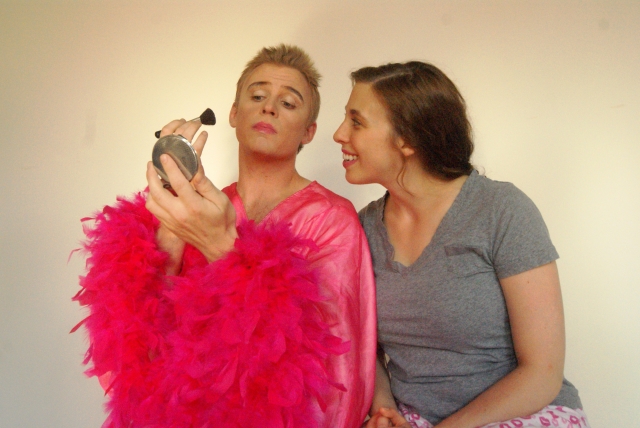 James Napoleon Stone as Prior Walter and Megan Dowd as Harper Pitt. Photo by Elle Zulauf.

James Napoleon Stone as Prior Walter and Megan Dowd as Harper Pitt. Photo by Elle Zulauf.

Theatre Coup D’Etat has passionately revived Part One of playwright Tony Kushner’s two parts of Angels in America. Subtitled Millenium Approaches and set in the 1980s, it tracks the anguish of three young gay men and the belligerence of an aging and ill closet case. Joe Pitt (Peter Beard) is a Mormon who submerges his homosexuality to please his wife, his mother, and his closeted boss, Roy Cohn (Steven Flamm). (Kushner’s Cohn is loosely based on the real life acolyte of Joseph McCarthy and the closeted J. Edgar Hoover.) Louis Ironson (Brandon Caviness), a Jew, is racked with guilt over his inability to stand by his partner, Prior Walter (James N. Stone) who suffers from HIV/AIDS. References to Ronald Reagan remind us of his indifference in the early years of the epidemic.

5% of this production’s ticket sales go to the Aliveness Project. It played last month at St. Paul’s Lowry Lab, but is now at In the Heart of the Beast in south Minneapolis.

Director Justin M. Kirkeberg offers a scrupulously text-driven interpretation that relies on no special effects. Lighting and set design are minimal. All relationships are vividly drawn, whether they are in the earthly reality of a New York apartment or a Central Park cruising area or in a dream world where the Angel (Katherine Preble) and figures from the past intrude on what the flesh and blood characters think is real.

Kirkeberg has also skillfully balanced the play’s painful subject matter with its intellectual wit. One example: a scene between Caviness and the dazzling Michael Brown as Belize, the African American nurse to the abusive Cohn, sparkles with hilariously delivered banter about racism and anti-semitism. What could have been a drudge to listen to is an absolute delight.

Beard and Flamm also create a sizzling chemistry as they capture the tensions between a sheltered young man with no facility for processing the dark side of life and an older jaded man who has internalized the dark side exceedingly. Caviness is like Job wrestling with God. His is a marvelous portrayal of the way Judaism, unlike certain other religions, compels its followers to question. We are made to look at the dilemma of being true to ourselves to the exclusion of others. Or are we really just being cowardly? This production makes us look at that closely. 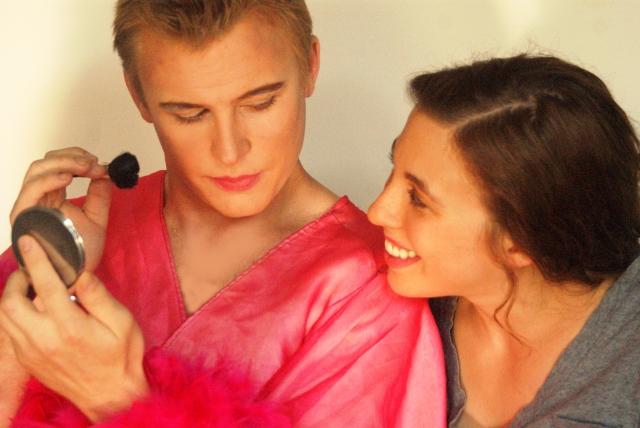 Stone is emotionally connected to Prior but he opts for a campy long-suffering approach rather than the gritty survivalism that Kushner has written into the man. Meri Golden also connects emotionally to Hannah, Joe’s mother, but her interpretation leans too regal, and not scrappy enough. Hannah is a product of the pioneer movement westward, which left a particular stamp on Mormons. However, Golden’s Ethel Rosenberg is superb and haunting. A Kushner socialist ghost who comes to torment neo-fascist Cohn.

Megan Dowd as Harper, Joe’s Mormon wife, beautifully encapsulates the dilemma of the straight person married to a gay spouse in denial of his real orientation. Her dreams, which the play portrays, bring this realization about her husband to consciousness. It’s also a savvy look at how old paradigms for women’s enforced social stereotypes just don’t work in the contemporary world and can actually create mental illness.

Supporting roles are also well drawn. Preble, who plays the Angel, astonishes in her physical and vocal detail in another role as a male rabbi. Marty Moreno is alluring as a leather man cruising for submissives. Alec Barniskis is a strong presence as Mr. Lies and Prior 1. Laura-Ann Lewis is arresting as a Bronx street woman who reminds us that the ’80s wasn’t the prosperous era for everyone that Reagan worshippers would have us believe. 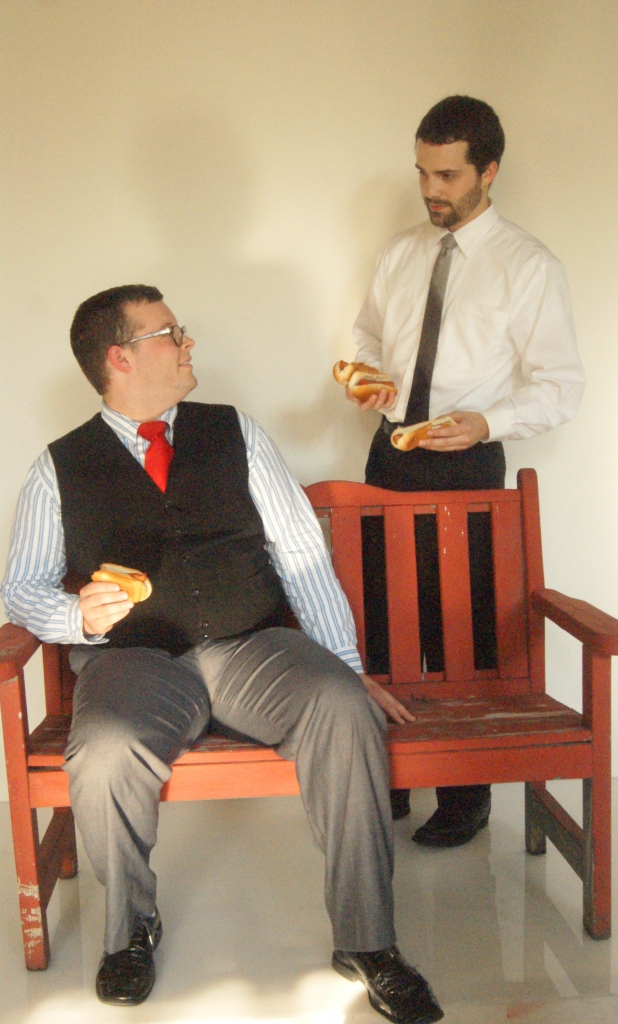 Angels in America: Millenium Approaches
Through Aug. 25
In the Heart of the Beast Puppet & Mask Theater, 1500 E. Lake St., Mpls.
(800) 838-3006
www.theatrecoupdetat.com
5% of ticket sales donated to The Aliveness Project