A Visionary Production About South Asian Religious Strife, Pangea’s “5 Weeks” at the Lab 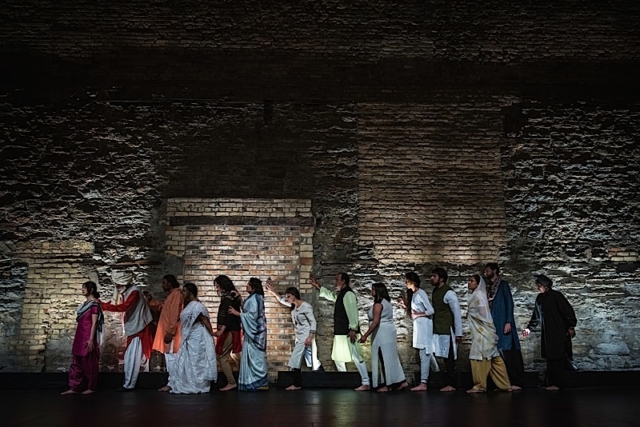 There are various theater companies in the Twin Cities that deal with issues of race, ethnicity, and marginalization, and Pangea World Theater is among the best. Their latest offering is the world premiere of 5 Weeks by Meena Natarajan now playing at the Lab Theater. This epic work illuminates the turbulent time in the late 1940s when Great Britain hastily drew boundaries between what we now know as India and Pakistan. It was a textbook case of an imperialistic power impacting the lives of millions without the penetrating examination such an undertaking warranted. Hindus, Sikhs, and Muslims were thrown into metaphorical social cauldron where divisions and differences made for violence, retaliation, the degradation of refugee camps, and newly minted hatred that had not previously existed. 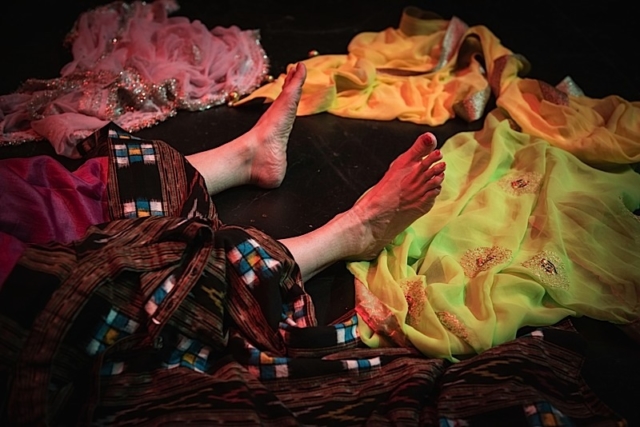 Dipankar Mukherjee, husband of Natarajan, has directed the play as if it were a living canvas. You can tell it was an act of love for him. The script, drawn from various sources, though unwieldy, is graced with warmth, tragicomic moments, and high drama where neighbors and fellow citizens come into grave conflict. Every single actor in the large ensemble expertly embodies the time, place, and cultures in a way that looks like images from real life. Like a living photograph, not only where you see the basic figures but the anguish beneath the surface. Sandra Augustin’s movement direction brings uncanny nuance and delicacy to the performances and the images. As if you’ve stepped back in time to south central Asia.

Costumes by Swapna Haldar and Kuljeet Kaur and Michael Wangen’s lighting brilliantly add to the way this play utterly emanates from the stage. 5 Weeks is theater that re-creates time, place, and textures with precision and passion.