A Very Touching Revival of “The Glass Menagerie” 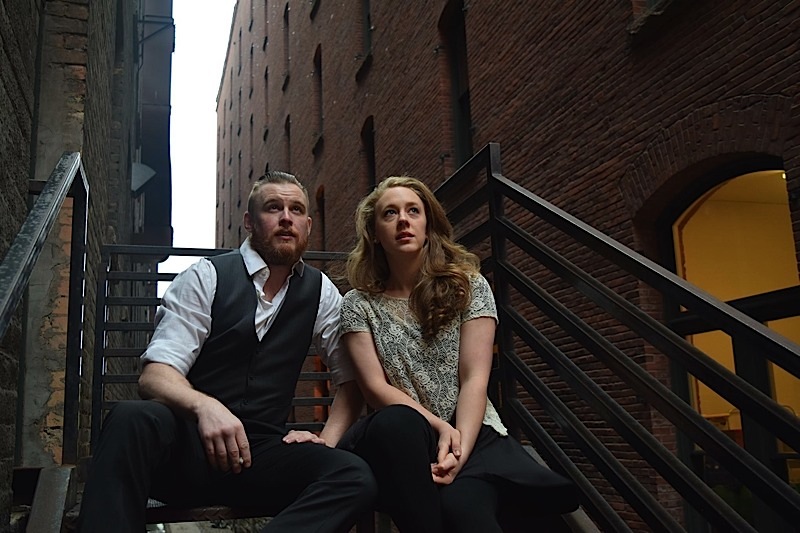 “There is not actress on earth who will not testify that Williams created the best women in modern theatre.”

—Gore Vidal after the playwright’s death in 1983

Theatre Coup d’Etat reminds us why The Glass Menagerie is one of modern drama’s most beloved plays and why it is continually produced. The thinly veiled autobiographical work by gay master playwright Tennessee Williams is a stimulating local follow up for those whose first Williams experience was last year’s beautiful staging of One Arm by another fine young blood theater group, New Epic. Williams is like Shakespeare and Ibsen, in that the more you absorb of him, the deeper you come to empathize with the world around you.

For Coup d’Etat, director Lanny Langston’s sensitive hand has guided four gifted actors into visceral interplay. Each cast member uncovers the potentially explosive or implosive nature of their roles. This makes for bona fide dramatic tension amidst the poetic lyricism built into this masterwork.

In unintended ways, The Glass Menagerie has evolved into an artful document of sorts of what it was to be an American woman in the 1930s, not to mention the century before. That’s because the drama’s matriarch, Amanda Wingfield, is clearly stuck in concepts germaine to the previous century. Cynthia Uhrich splendidly mines the paradoxical steel and vulnerability in Amanda, whose Southern Belle self-deceptions would have been better suited to an opulent home in the Antebellum South rather than the play’s Great Depression tenement setting.

Amanda, however, is like most of us. We reflexively retreat into the music and the ideas of times of our earlier lives when we felt more alive and confident. To what degree can the fixation on spectator sports be about returning to playful youth? How often do we re-imagine certain wrongs we perceive were done to us once upon a time, and dwell on them? Amanda is like that as she lives within and out of the psychic wound she suffered over being abandoned by her husband when her children were young. The man was her first and only love. The Glass Menagerie is the quintessential memory play that simultaneously warns against and yet inevitably plunges into the mighty power of remembrance.

Though her appearance can be exceedingly sweet, Amanda tyrannizes both her children, now adults: Laura (Kaylyn Forkey), her disabled daughter and protagonist, Tom (James Napoleon Stone), her frustrated older son whose humdrum job in a warehouse supports the family. He feels he was meant for a more adventurous life. He also feels compelled to write, something that runs counter to the so-called average man. Menagerie hits hard on the conflict of the individual versus the family.

Tom can wrestle with Amanda’s delusions but Laura cannot. She is pretty much an enabling prisoner at the mercy of her mother. Amanda pushes the notion that a woman is meant to marry a handsome husband of means. Though this fantasy may have worked for someone with classically gorgeous features and a dowry (check out Megyn Kelly on the April cover of MORE, a current equivalent), Laura walks with a limp and is excessively shy. Regrettably, her mother torments her to achieve things she is not suited for, like business college certification and marrying a Prince Charming.

Forkey is absolutely devastating. Her scenes with Uhrich are often intense, close to the point of unbearable, which is precisely what Williams intended. The night I attended there was a mother and what appeared to be her middle school daughter sitting in the row in front of me. It was powerful to see how absorbed the girl was with this production, often leaning forward into the interplay. Her mother appeared to be quite absorbed as well. This, to my mind, is essentially why we go to the theater.

The soulful Forkey embodies a fragile person of whom irrational, psychically cruel demands are continuously made. As the play progresses it’s as though her mother’s pressures and the unfolding circumstances are propelling her toward what seems like a vanishing point. I have seen many Glass Menagerie productions since the 1970s and Forkey is one of the very best Lauras I have ever seen. How wonderful to see young actors today who measure up to the best of the past. (My first experience of the play on stage was the Guthrie’s with Cara Duff-MacCormick in the part.)

The two men’s roles are cast against type. James Napoleon Stone’s Tom is more rugged than most Toms you are likely to have seen. His scenes with the three other actors are excellent and in keeping with Williams’s intentions but his longer passages are rushed, therefore, poetic power is reduced. Nonetheless, Stone’s is a stronger Tom than Randy Harrison’s (Queer as Folk), who played Tom at the Guthrie Theater in 2007.

Kevin Fanshaw, who wowed audiences last year in Coup d’Etat’s Art and Equus, charms as Jim O’Connor, the gentleman caller character who unintentionally punctures Amanda’s delusions. Fanshaw plays the role with what seems to be a greater sense of recognition of the full scope of the situation he is in. There’s nothing wrong with this. It’s just that in the many productions I have seen, Jim is played with a slightly less conscious edge. Fanshaw’s Jim is more knowing. That said, his rendition is terrific in its own way. The playwright’s original intentions are still honored.

The only down side to this production is that the night I attended a theater spokesperson sprang up immediately after the curtain call and brightly invited everyone to a “talk back” that would start in a few minutes. A similar announcement had already been made just before the show. Then she went on to ask the audience to tell all their friends about it and allude to the need for funding. This wrecked the somber mood the play and production rightly evoked.

A journalist friend of mine once aptly called this practice “a buzzkill.” She was absolutely right. Any production worth seeing with very few exceptions, except maybe presentational comedy, is marred by this practice, especially something like The Glass Menagerie, which should leave you feeling moved and overpowered. That effect should linger well after the curtain call. Who wants to be rattled out of their thoughts when they are feeling deeply moved?

This approach, reminiscent of a television commercial, is like ripping the canvas on which a lovely portrait is painted. People don’t like to be made aware of money factors. Most go to see a play to either escape or be transported.

However, there is a compromise. Two local theaters do it right. Theatre in the Round Players always has a board member who makes the publicity request right before every show starts and then that person is posted in the lobby at intermission to field any interest. Frank Theatre Artistic Director Wendy Knox delivers the appeal before the show as well. But not after. Indeed, audiences should understand theater funding issues but should get that information in a mind/heart space away from the power of the production itself. Our ready-made, instant coffee culture has programmed us to not look beneath the surface so we don’t often consider the funding sources of the art we enjoy. But the time to do this is before, not right after, the show.