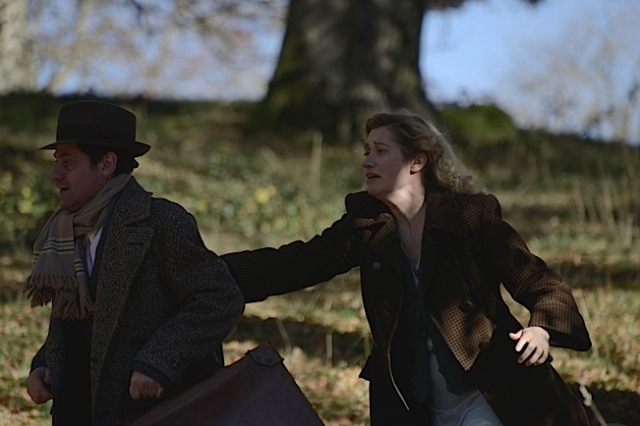 If you track major names in the modern history of gender and sexuality -and I hope you do- you are probably familiar with feminist Simone de Beauvoir and renegade gay writer Jean Genet. However, a bisexual woman who both icons felt was a groundbreaking author was Violette Leduc. Edina Cinema is now offering those who know the history and those who don’t, a marvelous opportunity get become informed and enthralled. I must confess with embarrassment that I was not aware of Leduc but I’m grateful that I do now.

Martin Provost’s unique and captivating film, Violette, chronicles Leduc’s writing career. Starting at the end of World War II she worked for the black market and was in an abusive marriage with gay writer Oliver Py. Her subsequent infatuation with and mentorship from de Beauvoir are portrayed along with various emotional disturbances. Though her own personal demons kept her from forwarding her well-being at times, Leduc was further burdened by being systematically shut out and cut down by the male publishing world. Her books include The Bastard, In the Prison of Her Skin, and Ravages. She had to struggle to get this published despite the influential de Beauvoir’s noble assistance. 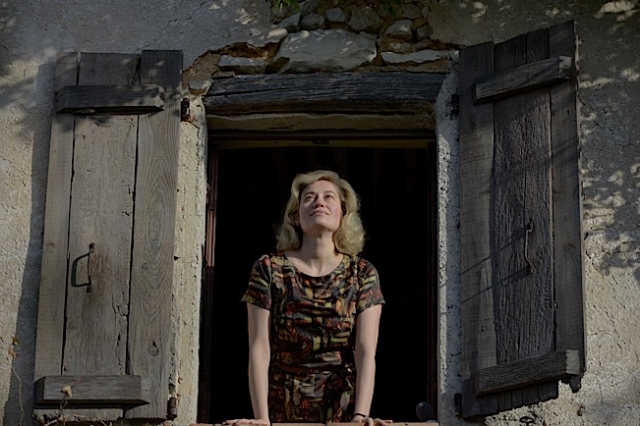 Emmanuelle Devos gives a dynamic and visceral performance as Leduc. She reflects the woman’s intense volatility and her astonishing tenacity. Provost has seen to it just how truly transgressive (a word mis- and overused nowadays) her writing her writing was: being born out of wedlock, sexual abuse, parental abuse, abortion, the awakening of lesbian love. There’s a tendency for many Americans to stereotype France as an extremely permissive place but it could be extremely resistant, especially at that time. Violette is an ideal film for re-acquainting ourselves with just how far we’ve come and what we actually come out of.

Provost’s depiction of economic life in Paris after the Nazi Occupation is notable. It’s not the romantically dreamy thing Americans typically think of. Hitler’s men debased the dignity of the city and the French nation. Indeed, though his defeat was gloriously and rightly welcomed, the strife left behind was chaotic, famished, ill-housed, unsanitary, and mean-spirited. Leduc and Py, like millions of others, were victims of this and the film captures this well. 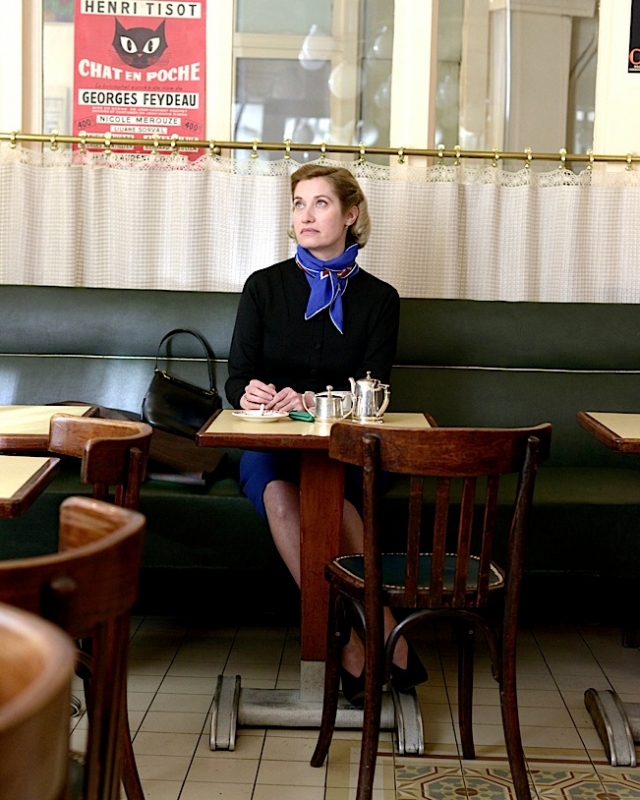 Devos’s passionate embodiment of Leduc seems to be that of a woman painfully Fated to be a beacon for the impending Sexual Revolution and post-war feminism. Today’s sex-positive feminists owe her a debt, as do all glbt people. Devos certainly never veers away from Leduc’s flaws, but nonetheless, she has created a rightly heroic film portrayal of a great woman. Sandrine Kiberlain brings smart icy elegance to de Beauvoir. Violette is important in the annals of queer cinema and one hell of a story marvelously told.