A Triumphant ‘Christmas Carol’ Returns To The Guthrie 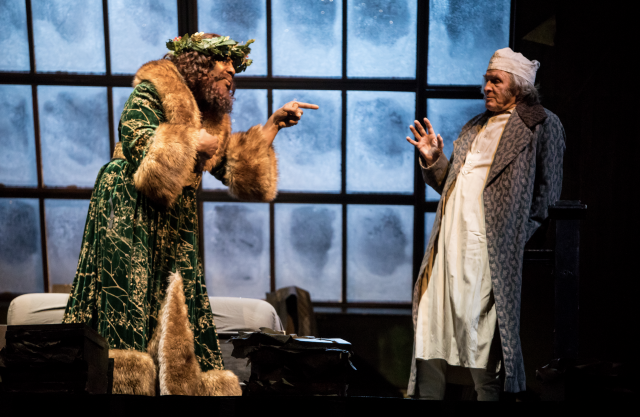 The holiday season has kicked off in earnest for the Twin Cities with the return of the Guthrie Theater’s cherished production of Charles Dickens’ A Christmas Carol. For the 45th consecutive year, the Guthrie’s adaptation of one of the greatest moral fables in all of stage, literature, and film is a commanding triumph of casting, direction, and design.

Actor Nathaniel Fuller marks his 30th year performing in the Guthrie’s Dickens production, reprising his role as the miser of all misers Ebenezer Scrooge, a greedy, misanthropic money-lender in Victorian England whose avarice leads him to severely underpay his kindly clerk Bob Cratchit (Juan Rivera Lebron) and regard the poor and needy with contempt.

The Guthrie’s latest production of the yuletide classic is dazzling to behold, boasting opulent, intricate production design thanks to Walt Spangler, superb use of atmospheric lighting via the lighting design team of Christopher Akerlind and Ryan Connealy, and sublime period wardrobe work by Mathew J. LeFebvre. The recreation of 19th century England is marvelous to behold, with terrific use of shifting sets and trap doors to allow for fluid set changes. 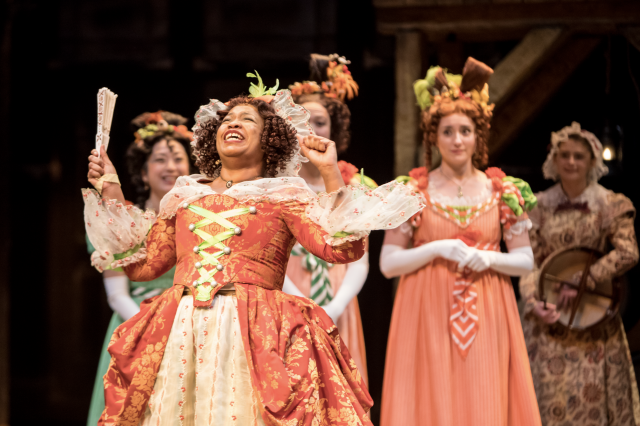 The visual effects are top-notch, especially considering the audience’s intimate proximity to the Wurtele Thrust Stage. The ethereal introduction of the Celtic-lilted Ghost of Christmas Past is amazing, as is the initial tease of Jacob Marley’s ghostly presence at Scrooge’s storefront. By the time we’re introduced to the final ghost, the Guthrie team’s combined forces of sound design, spooky lighting and intricate creature design deliver a thunderous crescendo that you’re not likely to forget anytime soon. The choreography by Regina Peluso is flawless, from the joyous dance number at the Fezziwigs’ to the clever mechanics of the Ghost of Christmas Past’s supernatural means of fast-forwarding time.

With Crispin Whittell adapting Dickens’ original work, director Lauren Keating has assembled a dynamite cast, fronted by Fuller marking three decades performing in this particular Guthrie show. Fuller, who has performed as most of Carol‘s male characters over the years, once again gives his Scrooge an electric blend of bitterness and pathos. Also, continuing a new Guthrie tradition that began in 2017, actress Charity Jones will portray Scrooge for select dates during Carol‘s run at the Guthrie.

The supporting cast is wonderful across the board, with standouts including Eric Sharp as Scrooge’s amiable nephew Fred, Jon Andrew Hegge and Aimee K. Bryant as the flamboyantly festive Mr. and Mrs. Fezziwig, a hilarious Akyea as the grandiose Ghost of Christmas Present, and Ryan Colbert as a young Scrooge whose heart hardens as the allure of money becomes too great.

The Guthrie’s adaptation of this Christmastime standard is a wonderful experience for audiences young and old, placing stark emphasis on fellowship, charity, and compassion as hallmarks of both the holiday season and the human spirit.