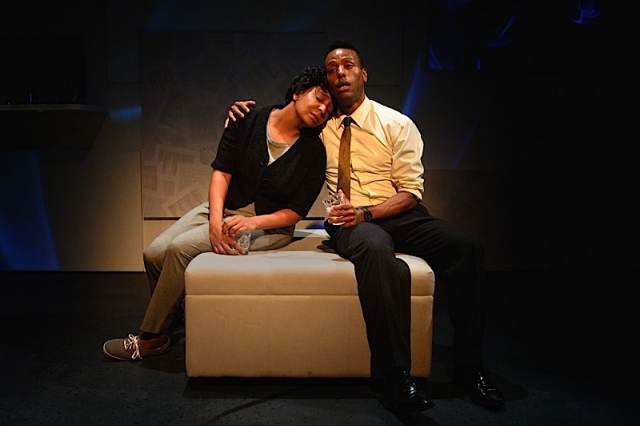 Talvin Wilks has written a beguiling time capsule of a play that re-imagines two iconic people and how the time they lived within shaped them. Jimmy and Lorraine: A Musing transports the audience to the 1950s and ’60s when black bisexual playwright Lorraine Hansberry and black gay writer James Baldwin were writing their greatest work and raging against violence sprung from racism. Wilks has a very sharp ear on how the two could very well have actually thought and sounded as if he himself had been transported through a time tunnel.
Pillsbury House Theatre’s production, directed with intelligence and velocity by Brian Jennings, flickers with terrific title role performances by Jon-Michael Reese and Vinecia Coleman. This pair, and versatile co-actor Sasha Andreev in multiple roles, seamlessly portray an array of conversations, political pontifications, intimacies, and groovy moments of discotheque dance choreographed by Leslie Parker. 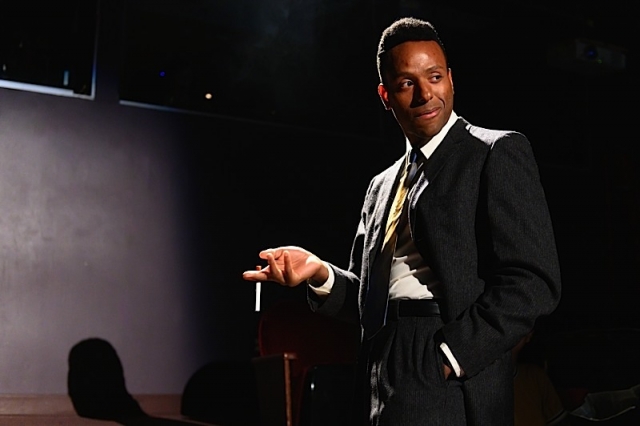 Throughout the play Baldwin rages about his disdain and disgust for liberals because in his eyes they lack the convictions of being a true radical. And for Baldwin, radicalism is the litmus test. At points, some may think Baldwin as written borders on vitriolic. He rails that he prefers arch-conservative whites because he knows where he stands with them. He says of his own race, “sometimes the enemy is us.” However, to write off many of Baldwin’s fierce viewpoints as just vitriol would be an oversimplification. 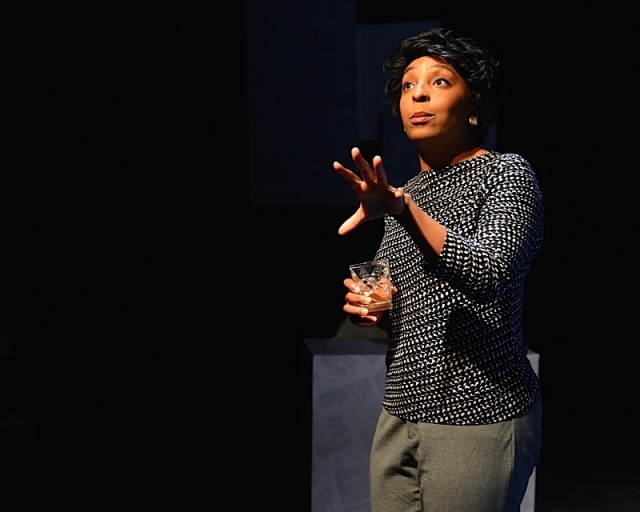 Baldwin’s novel, If Beale Street Could Talk, and his play, The Amen Corner, are harsh critiques of Christianity as malpracticed by some African-Americans who in a spirit of intolerance ignore The Sermon on the Mount. That said, Baldwin, like Hansberry, supported a loving interpretation of Christianity. (Recall the mother-daughter conflict in Hansberry’s masterwork, A Raisin in the Sun.) Moreover, Wilks’s Musing relates that the gay writer icon definitely had issues with Islam. In other words, Baldwin was multi-faceted—Wilks and Reese convey that splendidly. 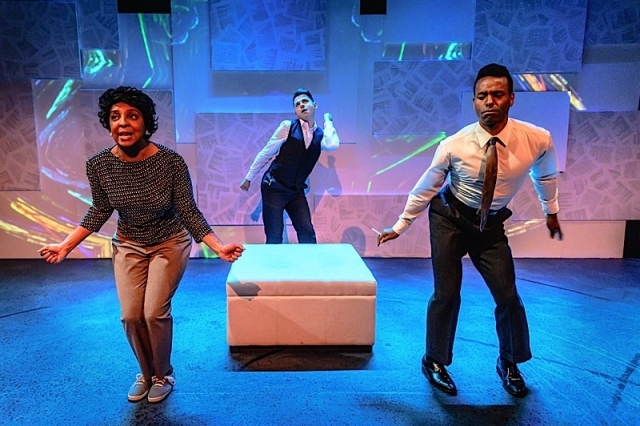 The illness that led to Hansberry’s untimely death is forthrightly built into Wilks’s script—Coleman probes that poignantly. What’s especially rich is Wilks’ brilliant recollection of the great playwright’s last play which ran while her pancreatic cancer was raging. The Sign and Sidney Brustein’s Window played to mixed reviews in October 1964 and closed the night she died in January 1965. This section in the play is a searing examination of press power arrogance and cunning ways in which racism subtly manifests within, as both Hansberry and Baldwin would have put it, “white liberalism”: that being the force that ran the press and major arts organizations in general. Many critics myopically attacked that remarkable last play for finicky reasons and played the politically correct game we still see their contemporary equivalents play of: you should write only about your group. As if that’s the only group one not only understands but should actually have the right to write about. 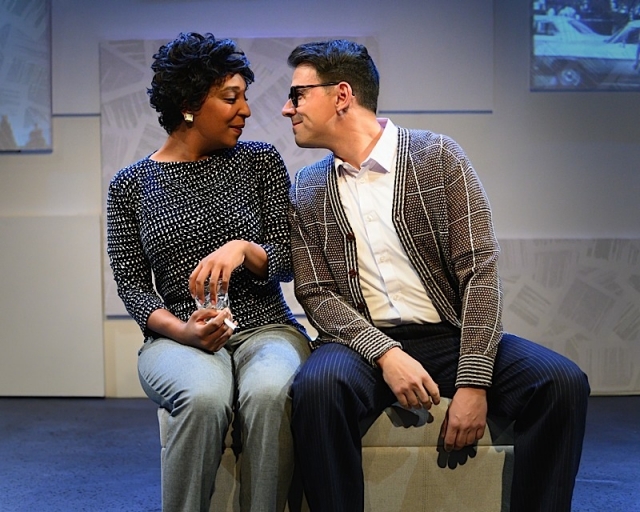 Andreev fetchingly plays objects of Baldwin’s affection, including a 17-year-old he began a relationship with when he was seven years older than the youth. This was during time Baldwin spent in France. Another gay figure this actor renders well is the fictional bartender of Giovanni’s Room, Baldwin’s watershed book dedicated to Swiss painter, Lucien Happerberger. Baldwin referred to him as “the one true love story of my life.” Andreev also plays Attorney General Robert Kennedy. The role is written as a man unconscious of his racism and/or incapable of navigating the political process to forward civil rights. Ironically, RFK is now considered one of the great white advocates of civil rights. Go figure. 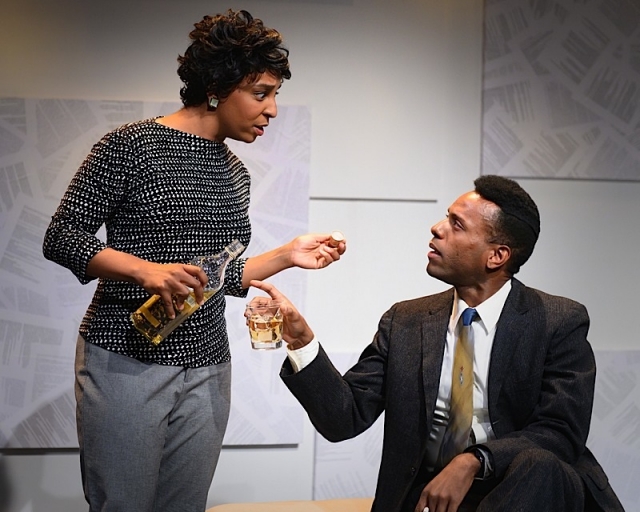 Leazah Behrens’s set is an off-white wall of panels stretching across the breadth of the stage. One of them opens to serve as a bar—very clever—a nice touch. The set also serves as an effective screen, in essence, for Bill Cottman’s compelling historical projections. Trevor Bowen’s right-on costumes, Michael Wangen’s soothing lighting, and Katharine Horowitz’s arresting sound design artfully reinforce the time capsule sense that Jennings’s production so satisfyingly evokes.
Note: Pillsbury House Theatre’s revival of The Sign in Sidney Brustein’s Window was named as one of Lavender’s Top Five Productions of 1999.
Jimmy and Lorraine: A Musing
Through Oct. 20
Pillsbury House Theatre, 3501 Chicago Ave. S., Minneapolis
612-825-0459
www.pillsburyhouseandtheatre.org