A Sweetly Nostalgic Staging of “I Love Lucy” 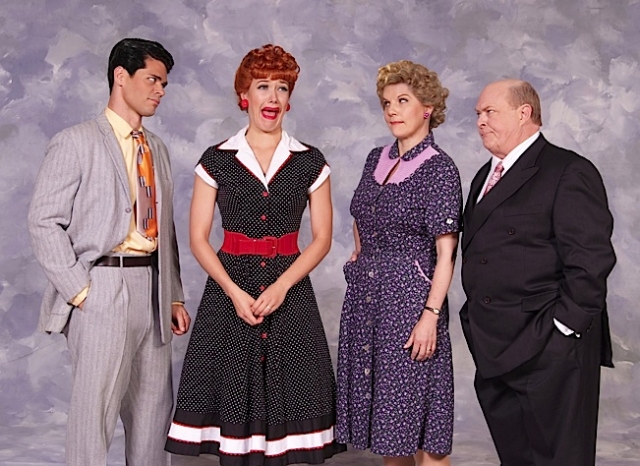 What may be the most re-run and popular sitcom in television history has been re-imagined as an interactive stage production now touring nationally. At the State Theatre we are transported to Desilu Studios in the early ’50s to be part of the studio audience of I Love Lucy. This upbeat production bounces us along from the flashing Applause sign that cues us to laugh, to live sung advertising jingles, to two delightful episodes scrupulously recreated live before our eyes. You will find the gender roles outdated, but remember that Lucy and Ricky Ricardo were an interracial couple and the most popular television couple of what’s thought of as a very conservative era.

Euriamis Losada utterly dazzles as Ricky. Thea Brooks renders Lucy with slapstick accuracy. Kevin Remington is quite convincing as neighbor Fred Mertz, though Lori Hammel can afford to push the bombast as his wife, Ethel. 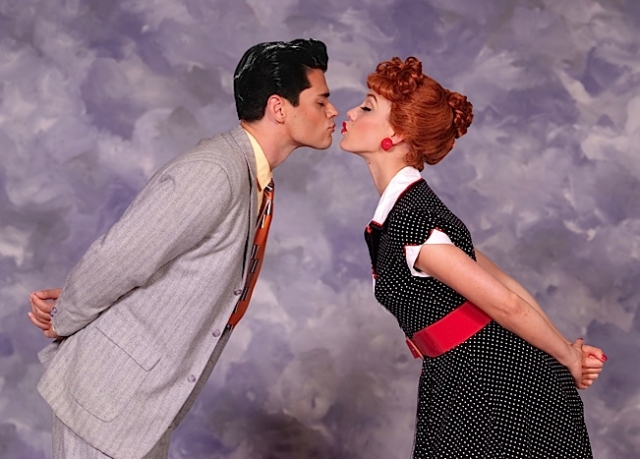 Thea Brooks as Lucy and Euriamis Losada as Ricky. Photo by Ed Krieger.

Director Rick Sparks truly captures the feel of the era and the naivete associated with it. The show is vibrantly enhanced by actor-vocalists who re-enact the The Crystal Tone Singers with harmonious jingles about Brylcreem  (“a little dab’ll do ya”) and Chevrolet among others. All in all, I Love Lucy is a sweetly nostalgic experience.