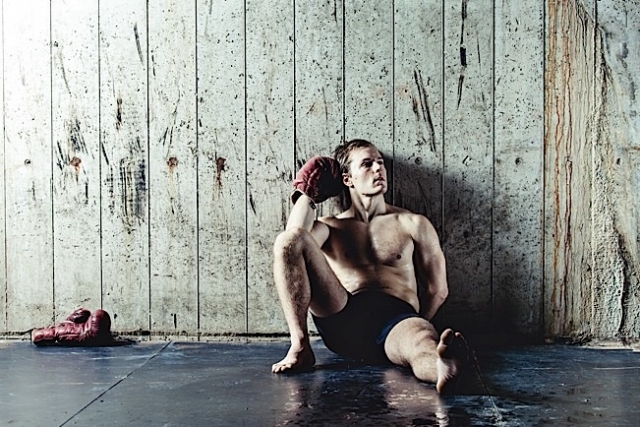 Don’t Walk! Run! Run (safely) to the Lab in the Warehouse District to see New Epic Theatre’s staggering production of a classic that you almost certainly have not seen, even if you are a Tennessee Williams fan. Yes. You recognize the title but almost certainly you are thinking of his 1940s short story. He never turned it into a play. He did, however, write and re-write it into a screenplay which moguls and producers, fearful of its permeating gay and homoerotic content, never deigned to give the green light to.

Thanks to Moises Kaufman (Laramie Project, Gross Indecency) the screenplay drafts have been dramatized and the New Epic Theatre has reincarnated the piece into a haunting production that lyrically and unashamedly relates the tragic tale of Ollie, a prizefighter who made his mark as a boxer while serving in the Navy. After losing an arm in a drunken driving accident he was not responsible for, the young man with no family is compelled to work the parks and streets of New Orleans. He is considered a liability by employers so he does what he feels he has to do. 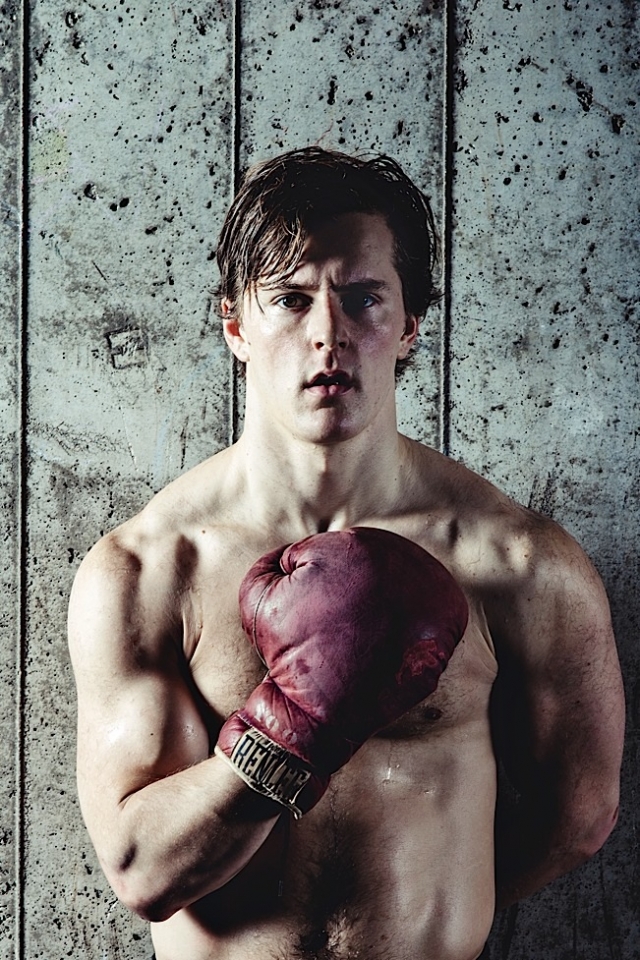 The scenes between Ollie and the paying men he is serviced by are straightforward in their depiction of money exchange and the weak-kneed attraction men have for him. What could turn into something to laugh at, is shown as a pitiable way in which lonely men who have internalized their homosexual feelings are driven to a transaction criminalized by a supposedly free state in the so-called “Home of the Free.” I use the term “pitiable” because they did not have the access to same-sex experience that was finally made available a generation later in Stonewall and in the decades since. Even the AIDS-terrified ’80s was less congealed in horrified shame than before Stonewall. There was at least a multifaceted open movement then that addressed the shame.

Director-designer Joseph Stodola has staged One Arm minimally with box springs prominently set on stage sans mattress. The actors sit upstage in character when not downstage playing their parts. The Lab’s yesteryear industrial atmosphere fits the script perfectly. The acoustic is not ideal, but there are just enough seats so that it can be heard. 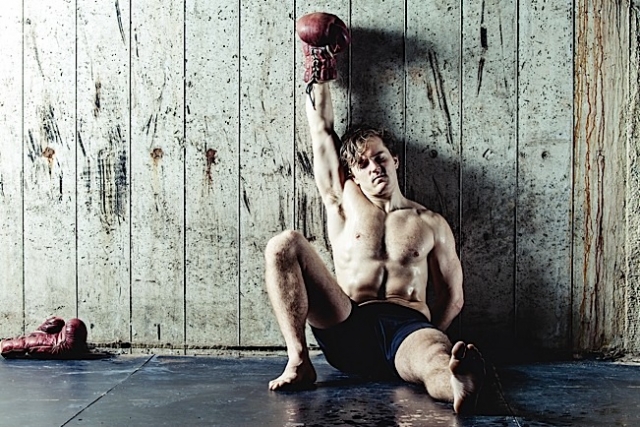 And it’s what’s heard that equally honors the exquisite beauty of Stodola’s stage images. The delivery of Williams’s signature poetic style is exquisite all the way around with each and every single actor. However, it is Torsten Johnson’s delivery and relentlessly existential presence as Ollie that will break your heart. And if it doesn’t break your heart, you need to look at that. This is confrontational drama that doesn’t just defy many sensibilities, it speaks to the core of the soul and to the shame that sexuality can incur.

Bear in mind, if you think I am overstating this, that in no other work does Williams go anywhere as deep regarding the then harshly taboo issues of homosexuality, gayness, and sexual expression and commodification as he does in this. Williams was out and gay long before Stonewall. In fact, he was out even during the McCarthy Era. And that took guts we in the West can only imagine now.

Craig Johnson, who shone in the lead role of Oscar Wilde in Kaufman’s Gross Indecency for Walking Shadow a while back, is in brilliant form: movingly vulnerable as an aging gay sophisticate who truly loves Ollie and then he is brazenly gritty as an exploitative porn-maker. Aeyesha Kinnunen has given fine performances on local stages in recent years, including the Guthrie, but she is a revelation here. She masters the delicacy, the steel, and the lyrical pauses that show you’ve got the chops for Williams. Kinnunen definitely has those and she captivates with a notable range in two very different roles that, again, tap into the chronic shame that puritanical and politically correct views of sexual expression incur.

Adam Harris’s deeply compassionate narration is soulful and memorable. Adam Qualls is superb as a young Divinity student beguiled by Ollie’s beauty. The versatile James Kunz is terrific in roles as a boxer, a viciously enterprising queen, and a hustler. Williams shows us how when one is part of a degraded subculture, that subculture’s members can be just awful to each other. He cuts no slack. He makes no excuses for bad or victimist behavior.

Arthur Miller rightly gets the nod as America’s classic playwright in the realm of economics and social injustice. But Williams can be argued to be his rival. A Streetcar Named Desire furiously indicts the US economic system and women’s voiceless subservience to that system. John Miller-Stephany’s Guthrie production a while back powerfully tapped into that. The Glass Menagerie clearly does the same, as well as showing how it thwarts young men’s hopes and dreams. 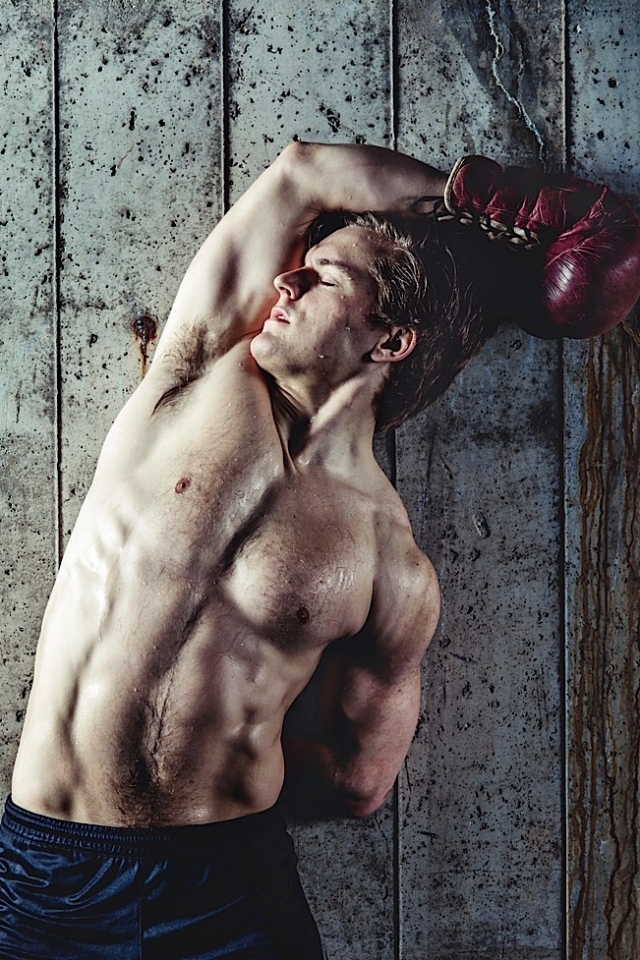 Now, posthumously, One Arm rips into the system with a rage so complete that it stuns. It also shows how erotophobic attitudes do their share of reinforcing that. Like The Glass Menagerie, One Arm bluntly addresses how disability decreases one’s chances for a dignified economic life. And One Arm’s way of forthrightly looking at capital punishment will unsettle law and order types who still have a conscience. And like so many Williams plays, One Arm is thunderously empathic toward the outsider. And it is empathy and conscience that One Arm bowls us over with, like few other plays. Ever.