A Sparkling & Rollicking Revival of “The Skin of Our Teeth” 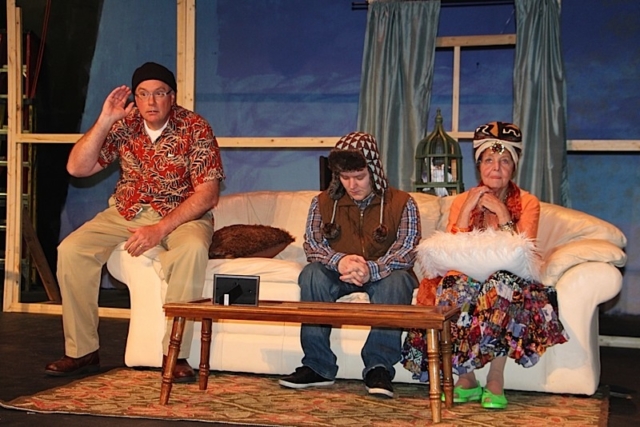 Thornton Wilder (1897–1975) is known widely as the playwright of Our Town and The Matchmaker. Moreover, he is credited by many to have written the greatest comedy in American theater, the Pulitzer Prize-winning The Skin of Our Teeth. When it opened in the early 1940s, before Theater of the Absurd had taken root in the collective consciousness, it confused critics and audience members because of its major modern characters living in the Ice Age in a New Jersey suburb, Atlantic City, and in the aftermath of a war back in the New Jersey suburb. Few plays had ever engaged the intellect alongside wild imagination like The Skin of Our Teeth.

The narrator, an irreverent character named Sabina, often breaks the action and addresses the audience with commentary on why she thinks the play does not work — that’s right, does not work. She is a surrogate for the audience of the 1940s which was accustomed to unified plot lines.

The are four major roles, all are archetypal. They are Mrs. Antrobus, the consummate matron who puts her kids and husband above all else, in that order, with ferocious passion. She tends to home and hearth fully embedded with the conviction that she is the center of life itself. And in Wilder’s view, she is. Sabina represents the opposite in women. She too is perceived as just as crucial to survival and the human condition.

Mr. Antrobus, is an evolved version of Man as Hunter; man has now advanced beyond the primitive and Mr. A is into creating the alphabet, the wheel, and those things that make life more comfortable and manipulable. Daughter Gladys and older son, Henry, are archetypes of self-absorbed children. Henry is also referred to as Cain, who murders his brother (fratricide) in the book of Genesis. This adds to the feeling that Mr. and Mrs. A are incarnations of Adam and Eve, something a literal-minded audience would likely have been rankled by. 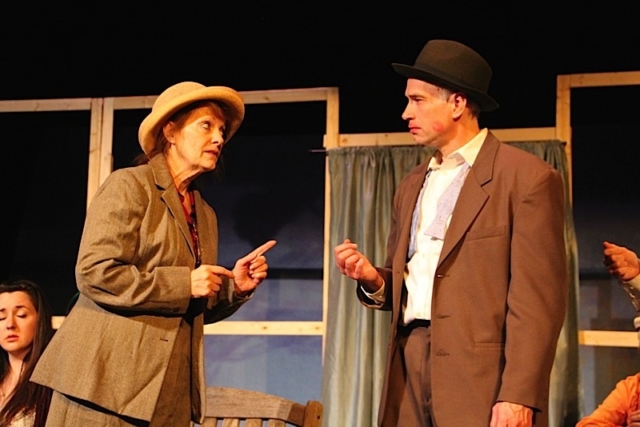 Applause Theatre has mounted a sparkling production at the Howard Conn Fine Arts Center that masters the madcap and free-wheeling nature of the piece. Director Gary Davis’s actors briskly and beautifully ride the rollicking dynamic Wilder intends, as well as manifesting the larger-than-life characters with shimmering vibrancy.

Robin Gilmer’s Mrs. Antrobus and Chad Snyder’s Mr. Antrobus are perfectly matched and the very essence of what Wilder imagined. Emily Gustafson saucily moves the epic madcap action along as the figure who engages in the imaginative world of the basic story line and then as commentator of the absurdity of the action. (The Theater of the Absurd legacy owes much to The Skin of Our Teeth.)

Emily Martin Johnson gives a touching performance as Gladys, capturing the volatility of adolescence. Elijah Plaep is perfectly steely as the obstinate Henry/Cain. Jeane Dermer’s Fortune Teller glides with nicely understated ironic ease. The entire ensemble lives out the Wilder spirit in a way that makes for a joyous theatrical experience.

Note: Thornton Wilder was not public about his homosexuality but his long term lover (the term that was used instead of “partner”, which began to be used in the later part of the 20th century) is generally thought to have been Samuel Morris Steward (1897–1975). Supposedly, legendary lesbian writer and artist mentor, Gertrude Stein, introduced them. The two men were a compelling study of opposites: the sedate Wilder and the tattoo artist for the Hell’s Angels.