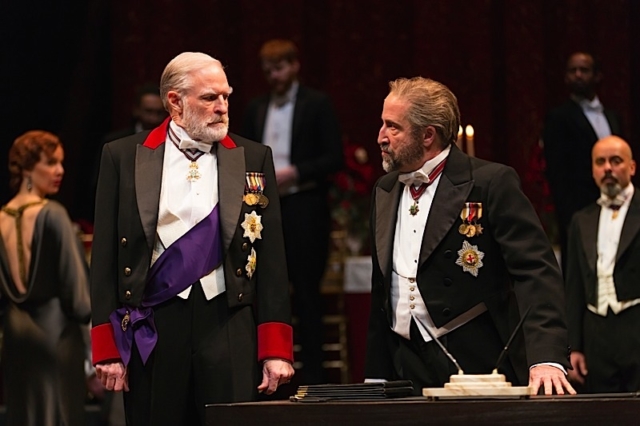 Guthrie Theater artistic director Joe Haj’s staging of King Lear by William Shakespeare masters the tragedy’s intricate web of relationships. This is a very big play in both its storytelling and its philosophical import and the Guthrie cast lives into that with intellectual and emotional power. There are even appropriate moments of humor, and, of course, irony.

Nathaniel Fuller and Stephen Yoakam are alternating in the title role. I saw Fuller. He finds the folly and the vulnerability of a king who buys into the flattery of his two hateful daughters, but rejects the third daughter who tells him her personal truth.

James A. Williams gives a moving performance as the ageing Earl of Gloucester, an older noble who gets caught in the sadistic crosshairs of a rising new social order. Sun Mee Chomet is breathtakingly chilling as Lear’s daughter Regan, a horrific perpetrator. Haj has staged a grisly action done by her to shocking effect. 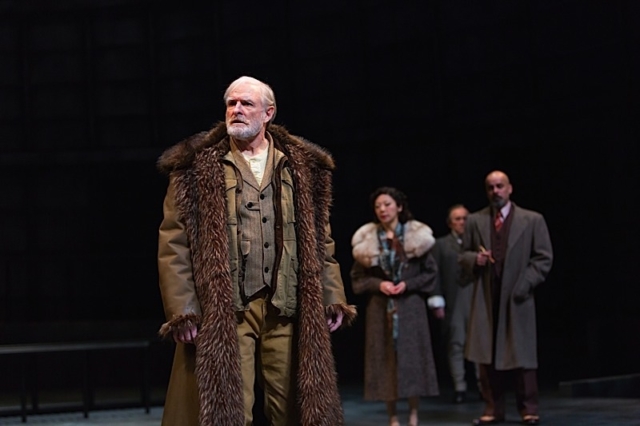 The ensemble in general is terrific with a convincing cross-gender turn by Sha Cage as the King of France. Thomas Brazzle beguiles as Gloucester’s son Edmund, born out of wedlock, which would have been of fundamental note to the audience in the first decade of the 1600s. Charity Jones excels in three smaller roles and her voice is exquisite in diction and splendid in its power.

Marion Williams’ set spirals up into the heights of the Wurtele Thrust Stage, giving it a hunting lodge effect that captures the ruggedness of the play’s medieval setting. On the down side, it swallows up many of the cast members’ voices. Jennifer Moeller’s costumes are a handsome hybrid of 19th and early 20th century Europe, rather than medieval. 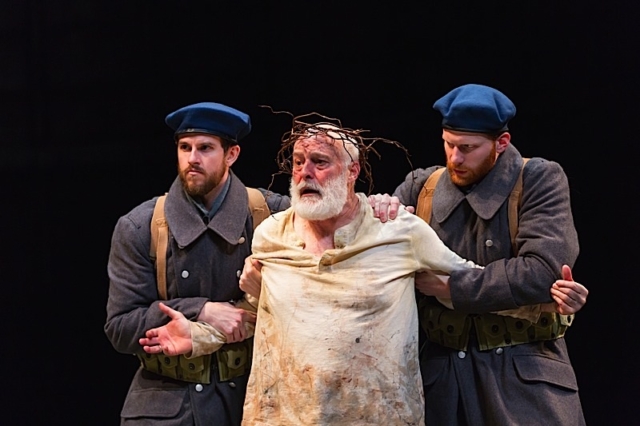 The Guthrie Theater is the flagship regional theater of the United States. What makes this particular production significant is the well rounded multi-racial casting. Multi-racial casting is nothing new at the Guthrie but this is the most skilled Shakespearean multi-cultural cast to have ever walked the Guthrie boards. Definitely superior to Haj’s staging of Pericles last year.

Those who think “so what” do not recognize that there is a strongly held view by many that those who are non-Caucasian should only perform in non-Caucasian plays that preferably stand outside of or in defiance of the Western tradition in some way.