A Sexy Conversation With the Folks From For A Good Time, Call… 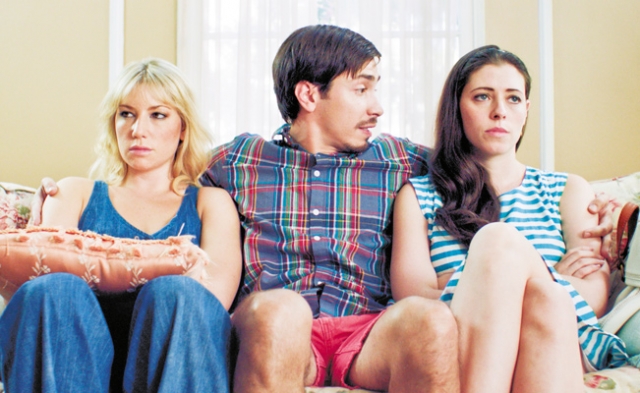 For A Good Time, Call... Photos courtesy of Focus Features 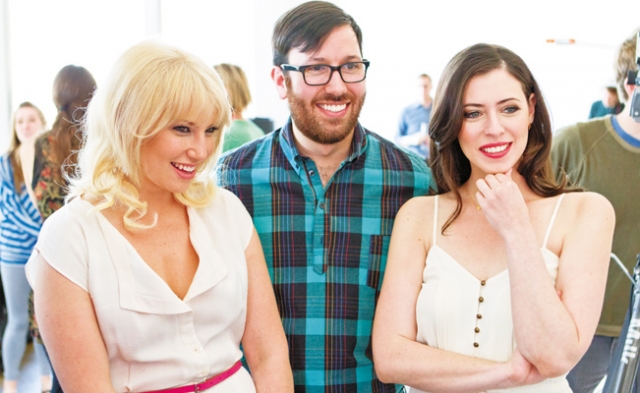 Gay film director Jamie Travis’s marvelous new comedy, For A Good Time, Call, rejects the idea that sex is bad. When two women set up a phone sex business you may think that they will magnetize only the scum of the earth. But the writers, actors, and director puncture that seedy stereotype and take a deeper and much funnier view of sex and intimacy. I got to chat with Travis, co-writer and lead actress Lauren Anne Miller (whose husband Seth Rogen also appears in the film), co-writer Katie Anne Naylon, and the other terrific lead actress, Ari Graynor.

John: I love this film’s overt sexuality and sweet personality. So many kinds of sexual expression and things like phone sex, kink, fetishes, etc. are systematically stigmatized in our culture. Even now, all these years after the Sexual Revolution. I loved how you all show that sexuality is wonderful and can be fun and a legitimate way to connect with others. But sex so often gets a bad rap.

Lauren: One of the things that makes me crazy is that you can get a PG-13 rating for a movie where someone shoots someone else in the head, or they blow up their house, or they set them on fire, or something awful. As long as there’s not too much blood you can get a PG-13.

So God forbid, you talk about sex, which is something that all human beings, in theory, do at some point -if you’re lucky- and suddenly that gets an R rating. You can’t talk about something that everyone does. But if you showcase something that someone should never do, like shooting someone in the head, that’s allowed.

Ari: All of the movies about the end of the world, the apocalypse. People preying on people’s worst fears. Where people die in films or get killed in films, where it’s so plentiful that no one even talks about it anymore.

Jamie: Our film is kind’ve the opposite of the horror film paradigm when the first girl who has sex is punished by being murdered and it’s always the virgin that survives this mass murder. We’re kind’ve the opposite in that we’re a celebration of sex and the more the Katie and Lauren characters embrace sexuality, whether its on the phone or real life, they become more complete versions of themselves. 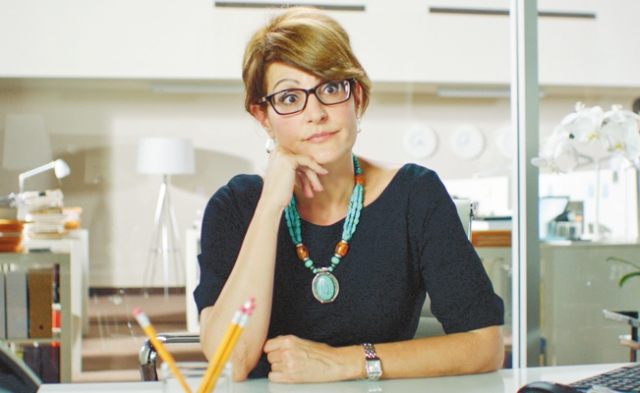 For A Good Time, Call… Photos courtesy of Focus Features

John: As I was watching the film I thought about how lonely people are and that too often you can’t reach out for sex with any ease in this society unless, say, if you are a gay or bi man and you go to a cruising area, which can be fraught with problems. Or for whatever your orientation is, singles bars and other places to meet others, are fraught with their particular problems and obstacles as well. It shows the poignancy of how we can’t really talk about sexual needs and desires. We’re conditioned to miscommunicate about sexual desires and needs. There’s also this tendency to stigmatize sex automatically as shallow. But it can also be a corridor to greater depth and intimacy.

Katie: I think you’re right to bring up intimacy because I think that’s what comes up through the Katie and Sean characters. I’ve shown you my short film. Well you got through my essay I wrote. And they start to reveal themselves to each other and tell each other things. It’s not meant that they make out when the camera is off. It means they share themselves with each other. Intimacy and sex are very closely related and I think people probably see sex in it when it’s really about intimacy. And having been a phone sex operator in real life, this is a bit of a cliche, but a lot of people do call to talk and just want to talk and just have a human connection in an anonymous way. And maybe they don’t have anyone to talk to. But I think intimacy really hits it on the head.

John: It’s so important for people to feel like they can be in a space where they are not judged. One needs to feel that its safe and good to be vulnerable when in a space of intimacy and sex. So much can and does come up from the subconscious.

For A Good Time, Call… Photos courtesy of Focus Features

Ari: I picked up the other day a book about Freud’s three theories of sexuality and I’ve only gotten through one so far. But essentially, what he says is that it’s completely normal for everyone to have some kind of fetish, these ideas of whatever a fetish can mean, as long as it doesn’t become an obsession. It’s (a fetish) completely within the realm of human sexual exploration and people are incredibly judgmental about sex in every way I think. And I do think it’s fun to poke a little fun at that and open it up – that it doesn’t have to be such a ‘to do’.

Lauren:  The term I learned was ‘polymorphously perverse’ – the thing that you would find abnormal is often the thing that turns you on. And I think that for so many people that’s their sexual thing. And to bring that out in the open and make fun of it and bring it out there, like that’s really cool to do. And I’m glad we did that and got a laugh out of it.

John: Yes. But it wasn’t like you are ridiculing it. You found the natural humor in something that’s intrinsic to our human sexual nature.