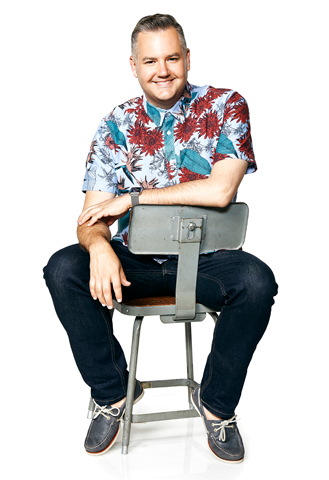 Ross Mathews is bringing his Name Drop tour to the Varsity Theater on March 1. Photo by Ricky Middlesworth

Ross Mathews is going on another national tour, bringing the Name Drop book tour to the Varsity Theater in Minneapolis on Sunday, March 1.

Before we even began to talk about the book, I had to gush a little. I’ve interviewed celebrities, but it’s been a while since I got to speak to someone who did make an impact in my life. Upon speaking with Ross Mathews, we joked about how cold it was in Minneapolis compared to the lovely Los Angeles weather he was experiencing. He promised to bring his coat and no matter how cold it was, he talked about his enthusiasm for the Twin Cities.

“I’m so excited to come. You know, Minneapolis-St. Paul is one of my favorite places in the entire world,” he explained. “I come a ton for different things and every time I do, I have the best time, so I had to include it on my list of cities for touring.”

Mathews is no stranger to writing. His first book, Man Up!: Tales of my Delusional Self-Confidence, was a best-seller and highlighted him growing up in a small farm town “as a young gay cartoon.” His new book, Name Drop: The Really Good Celebrity Stories I Usually Only Tell at Happy Hour, is what happened after he moved to Hollywood and “matured into an older gay cartoon.”

“I really felt like I’m the superfan of pop culture who just won a golden ticket and got to go past the velvet rope,” Mathews said. “So I had an obligation to write a book like this. This book is the really good celebrity stories I usually only tell my friends at happy hour.” So it’s not just a clever title.

I received an advance copy of the book and adored how conversational it felt. It really did feel like Mathews was across the table from me with a drink in his hand. As I read the stories he wrote, I could hear his voice because of how natural and easy it was to read. It wasn’t a normal stuffy, boring celebrity autobiography, which is why I asked him if that was always what he wanted for it.

“Listen, it is in my nature to be casual and conversational” he said. “You know, I really feel like we live in a world where it’s them, the famous people, and us, the superfans. So this book is for us.”

You know Mathews is honest in this, as the book is literally dedicated to “everyone who never got to sit at the cool kids’ table in the cafeteria.” He also writes that you can sit at his table any time, but on one condition—you share your tater tots.

Everything about this book and tour are different than you’d imagine. The stories also include cute cartoon drawings of him and the celebrity to which the following chapter is about. They also include cocktail and appetizer recipes, or as he likes to call them, Rossipes.

Each drink is also named after the celebrities. For example, the first chapter talks about how he met Lady Gaga before the Season 9 premiere of RuPaul’s Drag Race. The start of the chapter has the Rossipe for a drink called A Star Fruit Martini is Born, which will absolutely be the first one I’ll try.

With each celebrity releasing a book, they will often include a tour to go with it. While some strictly do press tours, others will do signings and events around the country. However, knowing Ross Mathews, you know it’s not going to be a typical signing and picture at a Barnes and Noble.

“This tour is the perfect complement to this book. I do an hour-and-a-half show, I’m doing stand up, we’re playing Name Drop: The Game Show. I go into the audience where you can ask me anything and nothing is off limits.” Mathews quickly spoke as he rejected the idea of a normal book tour. “The truth is, it’s a really crappy world out there right now. People are in such a bad mood everywhere you turn because the news is so complicated. So I wanted to do a tour across the country where I can invite people in and we can shut the door and just laugh for an hour and a half.”

The former intern and correspondent for The Tonight Show with Jay Leno has come a long way over the last 18 years. He’s done late night, red carpet events, Chelsea Lately, and now is on RuPaul’s Drag Race. The Emmy-Award winning show is currently about to air their twelfth season, so I had to ask him about it, to which he gushed about it and claimed he was obsessed with it.

However, as we know, Drag Race is so much more than just a reality competition show. It’s a chance for queer people to see themselves on TV. Mathews got candid with this, as he talked about how some of these queens are so young that they don’t know a time when queer people weren’t on TV as much as they are now.

“They are inspired by all those seasons before and they also have been able to point at a television and say, ‘Oh my gosh, look! Gay people, gay stories, gay people with heart, gay people who are complex, layered and interesting,’” he noted. “My generation didn’t have that, and so now these kids are being able to skip past the part where they have to ask ‘Am I good enough? What does a gay grown up look like?’”

Before we finished, I had one last question to ask, and that was if his publisher said he could only write one of these stories to tell everyone, which would it be? The answer surprised me as he declared it would be the time he met Barbra Walters on The View. 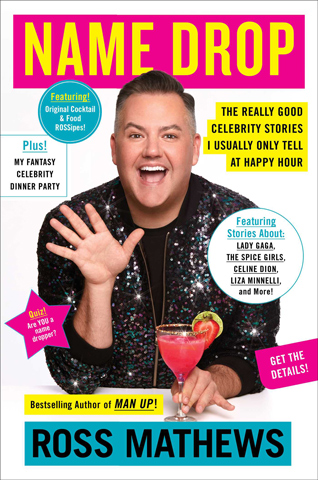 Want to know what happened between him and Walters? You’ll just have to read the book to find out!