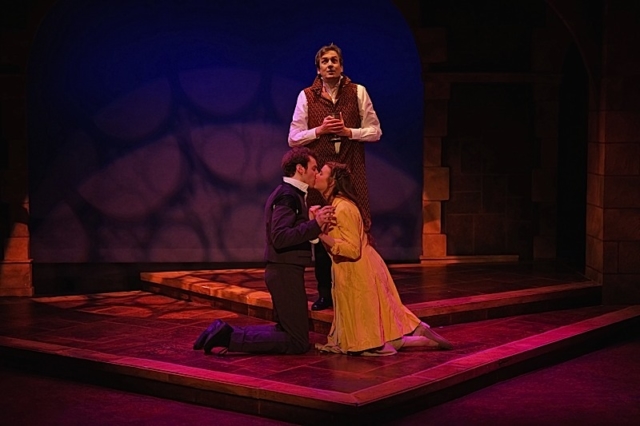 St. Paul’s Park Square Theatre uses their expertise not only for high quality productions for general audiences, but for educational stage work that reaches a diversity of middle and high school students. In our time when technology often supplants spoken communication, it is heartening that compelling live performances can place us in the vivid presence of the power of the spoken word. Whatever you may think of the politics of the late First Lady Barbara Bush, she did our society a great service by firmly and constantly promoting the importance of literacy and literature. And the Park Square educational efforts live in that zone.

The theater recently produced The Diary of Anne Frank and are currently presenting director David Mann’s crackling adaptation of Romeo and Juliet. It commits quite closely to the original Shakespeare with contemporary hints at points. But what the middle and high school students experience is a bona fide classically realized revival that captivates from start to finish. This runs very counter to the flashy pop culture centrality we are subjected to now more than ever. 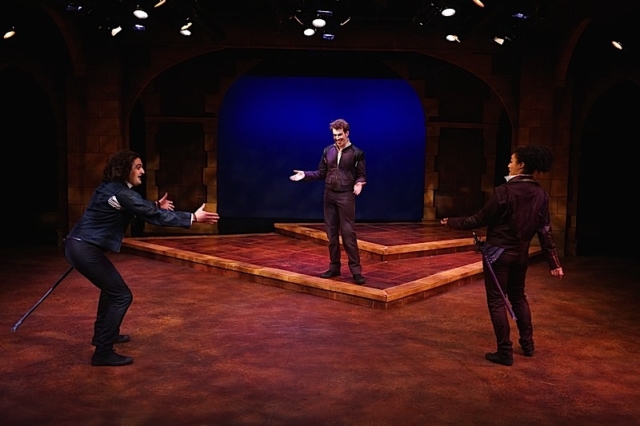 In Mann’s staging, there isn’t a trace of stilted overwrought falseness. The poetic elements and crackling action that drives this most popular play ever is excitingly and movingly portrayed. The students watching during the performance I attended were fully absorbed. Paul LaNave’s terrific Romeo embodies the quintessential teenage boy at that point where he struggles with the problem of passion, virtue, and loyalty. Shae Palic’s charismatic Juliet embodies a teenaged girl struggling with the right to love the one she wants in defiance her father and a family feud. If Juliet doesn’t play ball, she is essentially to be thrown out on the street. The cost of forbidden love and the tyranny of arranged marriage are vividly conveyed. 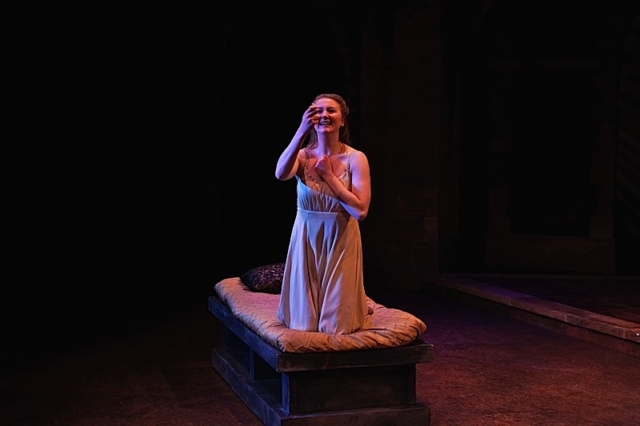 Doug Scholz-Carlson’s swordplay choreography electrifies and makes us aware of just how nimble, crisp, and dynamic the entire acting ensemble is. You may never see a better Mercutio, Romeo’s close buddy, than Jason Rojas. This is a role of a youth whose inner state is wildly conflicted. LaNave and Rojas beautifully contrast the temperament of the two and we are compelled to reflect on how sometimes we select people as friends whose disposition may not be suited to our own safety, well being, and betterment. Certainly a great organic message for youth.

Too often, actors play Mercutio at one prolonged level of weirdness. Indeed, Rojas certainly gets the weirdness, as he should. However, he makes sense of it, like a beat poet, albeit with an Elizabethan sensibility. Whether he is relating the content of a bizarre dream or relishing an unhinged fit of prideful narcissism, Rojas brings home the dear price of unchecked rage. Indeed, what makes Romeo and Juliet pertinent to our own time is its ingenious look into the wages of temper that can lead to destructive ends. Mann’s cast manifests this cautionary concern viscerally. Great for students to see. 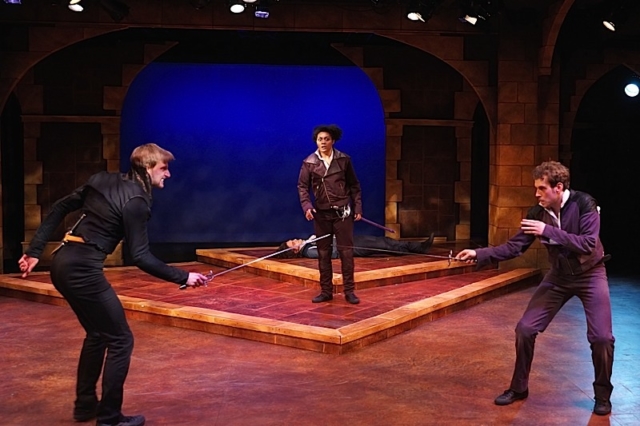 This bears out in Juliet’s cousin Tybalt (a splendidly Apollonian Neal Beckman), who is intent on going after Mercutio in the tragedy’s famous scene of male youth in retaliation mode. He may be a smoother young buck, but he is as demonic as Mercutio. It is a commentary on machismo run amok. The appealing China Brickey is vibrantly tough in a winning crossgender turn as Benvolio, Romeo’s cousin—someone who is essentially a brother. Brickey truly grasps the essence of male bonding.

The older men, whose male privilege, if you will, keeps the social system in the town of Verona intact, are numinously etched in this production. Peter Simmons is stirring as Capulet, father of Juliet. We see the different sides of a man in the comparatively few lines the character has. He rightly and aggressively squelches the machismo of young male reactivity in one scene and then is utterly cruel to his daughter. Simmons goes to a truly deep place to evoke this.

John Middleton was born to play the liberal Friar Laurence, whose wish for everyone to just get along ironically paves the road to high tragedy. William Shakespeare wrote a consummate example of the unintended dreadful consequences of good intentions with Laurence. Middleton superbly renders the realization of a man who is clubbed in the face of his consciousness when the ramifications of his idealism come home to roost. 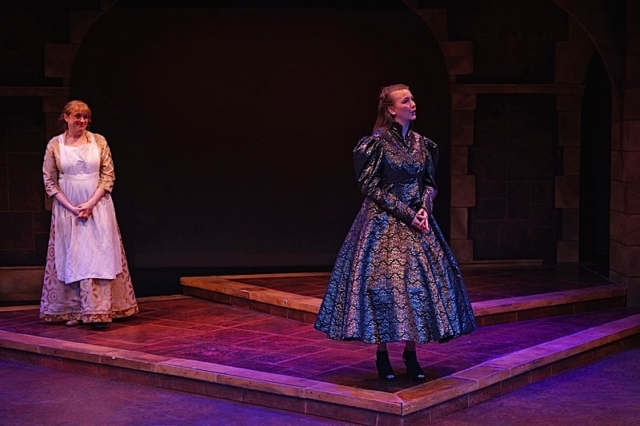 Jamie White Jachimiec as Lady Capulet and Shanan Custer as Juliet’s nurse are both excellent and intrinsically suit the director’s intent of revealing how their power and influence are held in check by male-enforced norms. Jachimiec is also strong in the smaller of role of the Prince.