A Q & A with Mamma Mia! Actor John-Michael Zuerlein 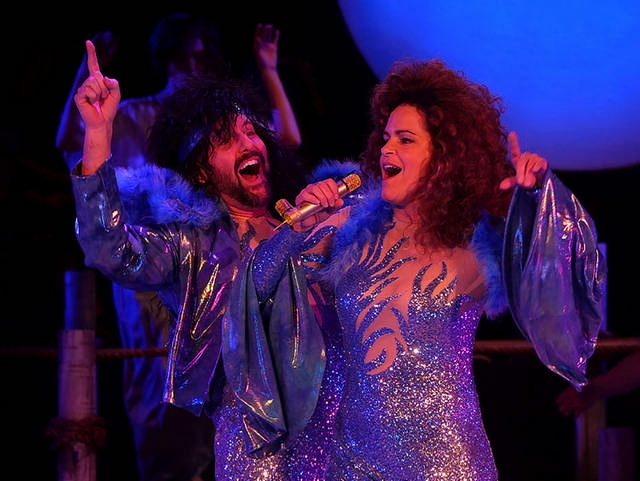 In 2009, Zuerlein, left, joined the national tour of the ABBA musical, Mamma Mia! for three years. Photo by Tom Wallace

John-Michael Zuerlein is an actor with quite a story. Born and raised in Omaha, the youngest of seven children and the only boy, he went on to Clark College in Dubuque. From 1999-2004 he located northward to the Twin Cities where he worked as an actor. After that time he was based in Kansas City, but went out to perform on cruise ships from Australia to Alaska to Greece. In 2009, Zuerlein joined the national tour of the ABBA musical, Mamma Mia! for three years. In 2013, he moved to the Big Apple. But now he’s playing the role of Sam, one of the possible dads of young Sophie, in the first area production of Mamma Mia! Happily, though to no one’s surprise, it has become a great big hit on the Chanhassen Dinner Theatres Main Stage, the nation’s flagship dinner theater company.

Zuerlein has also played in some of the major gay-oriented plays of our time: Falsettos, Tick, Tick….Boom!, and Love! Valor! Compassion! He’s a fan of Mayor Pete and is very happy that very, very happy that his parents recently celebrated their 60th wedding anniversary. I asked him about being back at Chan, where he once performed in a run of Forever Plaid. Zuerlein also shared some thoughts on the local theater scene and the impact of the sexual revolution.

JT: Were you an ABBA fan as a teenager?

JMZ: When I was in college, one of the first albums I got from my Columbia House subscription was ABBA GOLD. It’s all of their greatest hits and basically the entire song list from Mamma Mia! is on that album. They have such a unique sound. I love them for all the reasons everyone else does.

JT: What are differences between playing in the national tour and now being in the Chan production.

JMZ: The Chan production is much different than the original Broadway and touring version. I’d say the most obvious difference is the set. The original is basically just two large white pieces that rotate. Personally, I think the set at the Chanhassen is much more versatile. I love the concept of this version. The moving platforms are able to create lots of different locations without having to bring on large set pieces. I think it allows the audience to focus more on the story and not be distracted by big set pieces. 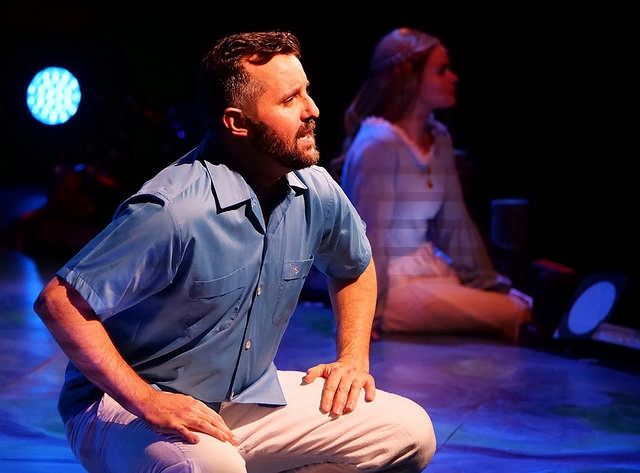 JT: Does Sam the character have children? And what kind of feelings does Sophie evoke in him—the idea that she might be his daughter.

JMZ: Sam has two sons that he mentions in the Dads’ Arrival scene. In his scene with Sophie he talks about he always wanted a little girl. I think being able to revisit this past part of his life, he’s able to see a completely different direction that it could have gone.

JT: Why is Mamma Mia! so popular with gay audiences?

JMZ: Aside from the superficial camp and glitz and the dancing, shirtless, muscled bodies of the show—and who doesn’t love that?—I think the gay community has always embraced strong female characters in theater and movies, and this show is no exception. It also has strong messages of sexual independence. I can’t think of any other mainstream musicals in which the lead character’s sexual escapades are celebrated as rites of passage rather than some shameful chapter of her life. Aside from some lighthearted ribbing from her best friends, Donna’s encounters with these three different men are never presented in a way to shame her. They’re portrayed as beautiful pieces of the mosaic of her youth that helped shape the strong, independent woman she has become. I think the lyrics to Voulez Vous describe it perfectly. “Take it now or leave it. Now is all we get.  Nothing promised no regrets.”

ABBA’s music was big during the sexual liberation of the gay community in the 70’s, and a lot of those themes are still embraced by our community today. We love ourselves and our bodies, and we’re free to express that however we want with whoever we want. That’s what Pride is all about. Shame is so passé.

JT: Can you tell me about the Twin Cities theater scene in comparison/contrast with other places you worked?

JMZ: The Twin Cities theater community is unlike any other. It offers actors the opportunity to support themselves with their art.  Most cities can’t provide that. Between touring and regional productions, I’ve performed in literally every state in the country. Minneapolis is very special. There is a vast array of theaters that provide many different types of productions. While I think every theater could work harder at achieving greater diversity, many theaters here go out of their way to provide audiences with casting and programming that represents a wide range of cultures and gender diversity. There’s literally something here for just about everyone. Having just moved back to the cities after being gone for about 15 years, I can tell you that audiences in the Twin Cities aren’t aware of how lucky they are.