Frederic Tcheng’s documentary about fashion designer Roy Halston Frowick (1932-1990) is a film that may well have you going back and forth about what you think of the man known simply as “Halston” while watching it. Halston tracks the career of a man who is paradoxically effervescent, yet steely in going forth to get what he wanted. Models and actresses loved the freedom his clothing gave them, as if you could sense your naked body underneath. Interviewee and intimate friend Liza Minnelli stresses the importance of how clothes make a person feel and that “his clothes danced with you.”

Tcheng vividly captures the conflict between Halston, the artiste, and the corporate culture he was never able to integrate into. Interviews with various women who loved and adored this gay man genuinely convey that he had to have been lovable. Yet Halston was also tyrannical and felt entitled to order around those who worked for him. He even called himself an Emperor and media played into that.

Ego became quite pronounced when he contracted with JC Penney in what truly was a populist impulse—and I mean that in a positive sense—to make comfortable, beautiful clothing available to working women and homemakers. However, he couldn’t abide by corporate schedules and he bullied those who worked under him.

He met his match with Playtex President Walter Bregman who understandably could not justify the designer’s extravagances like over a hundred thousand dollars to take his entourage to Paris for a Martha Graham tribute and not showing up to work till late afternoon when everyone else had arrived at eight or nine in the morning. It was a duel in the sun: Bregman the macho straight alpha male v. Halston the elegant gay alpha male who stated, “The folks from Planet Playtex landed on Planet Halston.”

Tcheng doesn’t dwell too much on Halston’s drug issues, but he doesn’t evade that drugs were a problem. The filmmaker also shows that Halston loved being an American. Some may have thought his pro-American attitude was unctuous and calculated, but in watching him talk about his Midwest childhood, he seems genuine. His trip to China was also very American in that he seemed to truly want to bring beauty and comfort to Chinese women who had been programmed into communist dreariness. We see such women in the film and they adored him.

His death at 57 from what the media called AIDS-related cancer was something he stoically faced, like a classical emperor. He reconnected with his family at the end. His niece, the endearing Lesley Fenwick, provides captivating information about the last seven years of her uncle’s life wherein which she witnessed the implosion of his career and the stoicism he embodied in the face of mortality.

It’s easy to judge against the man, but Halston was a man of post-war America who never let his gayness stop him. No trace of self-pity or victimhood. You’ve got to respect that. He definitely loved the finer things too well and was too captivated by the in crowd entertained by Truman Capote and the Warholian bunch that frequented Studio 54. But he was a workaholic who loved what he did, did it splendidly, and was always chasing a vision. There’s something to be deeply admired in a gay man like that. 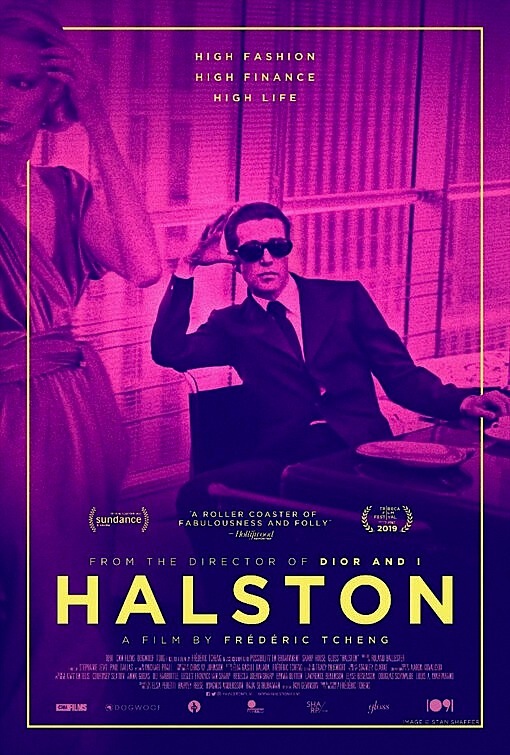