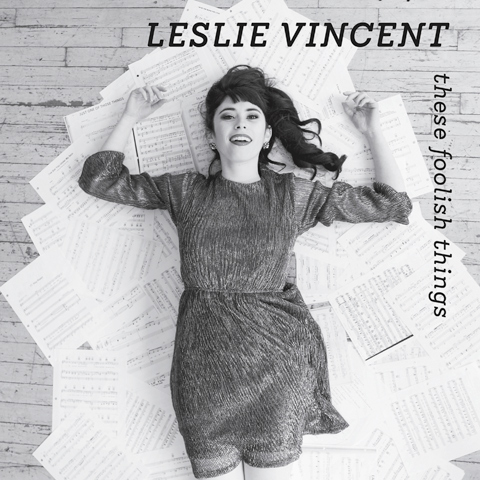 Instant, mood-setting music—the sounds that used to hold together a social gathering, or sell out the dining room of the local jazz club… well, it’s back.

As a girl, Leslie Vincent lived the bounce-around life of a Navy brat. Growing up, she moved around the East Coast of the U.S., and she spent time in the United Kingdom. Leslie saw her first stage performance in the West End and she was hooked—Leslie begged her parents to put her in any voice, dance, and acting class she could find.

Leslie cut her teeth on the stage, performing with Artistry, History Theatre, Old Log Theatre, Park Square Theatre, Theatre Elision, Sidekick Theatre, and Umbrella Collective. Musically, she’s played Crooners Dunsmore Room, Dakota Jazz Club, the Turf Club, and is a regular at St. Joan of Arc’s yearly cabaret. Leslie is half of the jazz duo, The Champagne Drops, and she writes her own, intelligently-humored music.

2020 saw the release of Leslie’s debut album. These Foolish Things delivers lively, band-backed tracks with Leslie’s golden-era voice stealing the show. Leslie was kind enough to sit down and talk her music and her album release:

You have a lot of experience performing live—how does that differ from recording an album?

What is the recording process? 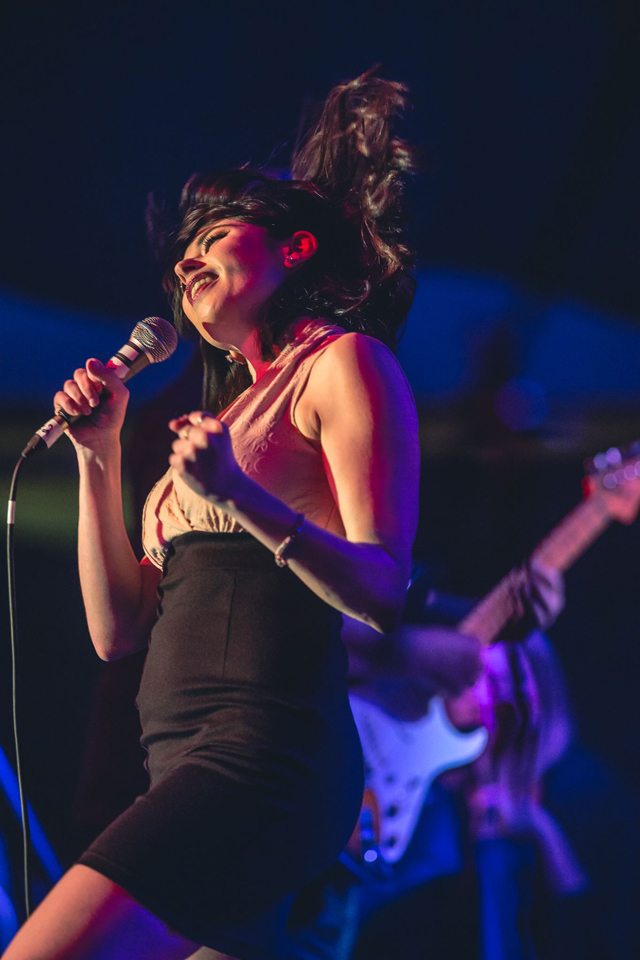 Leslie performs at the Surf Ballroom. Photo by Steve Diamond

We would [record] in sections. With jazz, you usually have one time through the song, instrumental, back to the bridge or b-section, to the end of the song. We would record the first section of singing, feel how we wanted it and moved through the song. We laid down the band first, so we made what are called scratch vocals where I sang with the band, basically making my own karaoke tracks…

Where did you record the album

We were at IPR, the Institute of Production and Recording.

No, I haven’t… August 10th, I’ll be performing it live for the first time.

Crooner’s. They’re doing these drive-in shows where you drive up and you can sit in your car or you can sit at distanced tables. It’s super cute.

Who is this album for?

My future children. I want them to know I was cool before I was their mom, and I’ve been reflecting a lot about legacy. I think, as you get older, legacy becomes more important.

… The original reason I started this project was because people asked for it. [People] would ask, ‘do you have an album?’ After a while I thought: ‘this is sort of dumb that I don’t have an album; I should have some kind of recording.’ I wanted some sort of record of like, hey, we made this version of the song. You can’t find this version of this song, but we made it, you know…

I did this; I made this. Hopefully, my kids listen.

I do have plans… it’s a really tricky situation (streaming music). None of these

platforms are set up to stream music… It just doesn’t work.

I have a dream. A really good friend of mine who comes to all my shows—I call him my heckler because he always heckles me; it’s really cute. He’s a big TV buff and I want to do a show that’s all TV theme songs. And then he would talk about the shows, but I think he’d have to come over. So I’m like, is there a way we can safely do that?

I see you’re planning a wedding…

We were supposed to get married this month—that was our O.G. wedding plan. We decided to push it out for a year because my fiancée, Allison, is a schoolteacher and so the summer is really the time we want to get married so we can have a nice honeymoon and celebrate. We were super lucky to just make a decision back in March, so all of our vendors came with us. You know, it’ll be really the same wedding, just a year out. We wanted to celebrate with our friends and family.