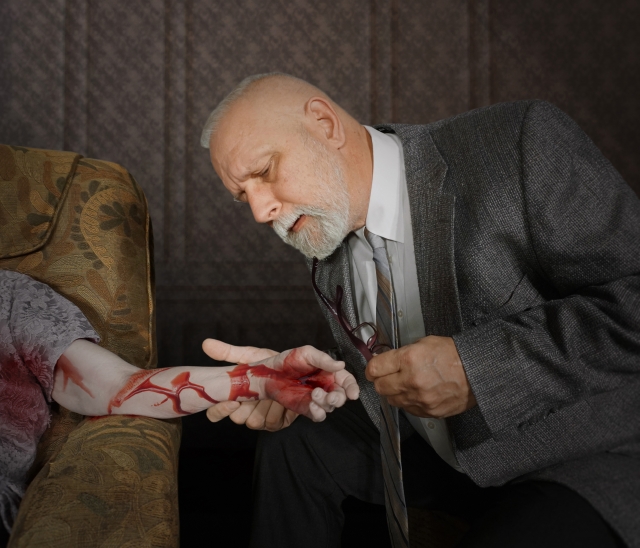 Towards Zero. Photo by Bob Suh

Towards Zero. Photo by Bob Suh

A recently unearthed murder yarn by legendary mystery scribe Agatha Christie brought to life by the amazing folks at Theatre in the Round? Sign us up.

Discovered by a researcher in 2015, Towards Zero brings the expert twists and turns so common to Christie’s oeuvre. Set at the English seaside clifftop manor known as Gull’s Nest, Lady Tressilian invites her ward over for a long weekend, but, lo and behold, said ward also brings along his current wife and his old flame unannounced. The house party is soon turned upside down by a shocking murder, leaving the audience guessing until the very end.

Towards Zero boasts a 13-member cast directed by Wendy Resch Novak, featuring set design by Laurie Swigart, costumes by Deb Murphy, and lighting overseen by Peter Gustafson. Says Resch Novak per Theatre in the Round’s site: “I always want the audience to consider all the possibilities while they are trying to identify the murderer. Therefore, the cast and I talked frequently about how to throw suspicion onto certain characters. You often do not know until after you receive feedback from the audience as to whether or not some of the conventions you implemented worked.”

William Bauer, David Coral, Kristen C. Mathisen, Annie Day, and Ben Habel are among the production’s cast. A post-show discussion will take place after the Sunday matinee on Dec. 1.