A Morning at The Kenwood with Chef Don Saunders 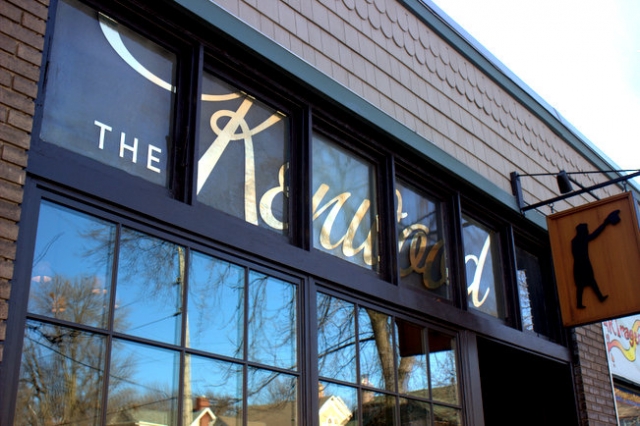 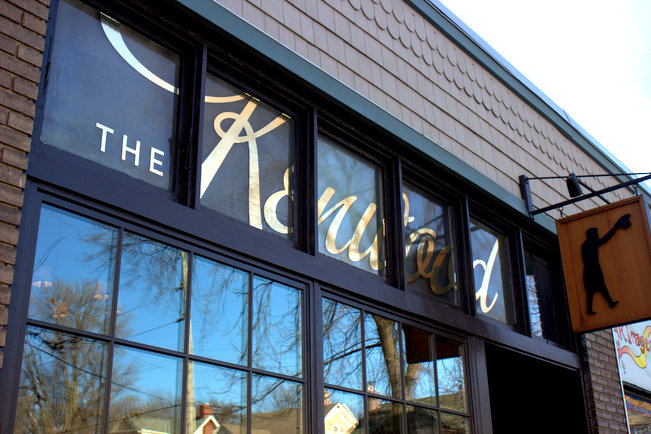 Situated in the neighborhood of the same name in South Minneapolis sits the newly opened The Kenwood Restaurant. The restaurant is headed by veteran Chef Don Saunders, whom you may know from his other highly acclaimed South Minneapolis fine dining Restaurant, In Season. For the residents of Kenwood, Saunders had a little something different in mind while holding onto the locally sourced and seasonally driven philosophies that are demonstrated in his flagship.

For The Kenwood, Saunders combines his traditional French trained version of fine dining with a corner cafe approach. Open from 8am – 9pm most days, extending to 10pm on Fridays and Saturdays with brunch only hours on Sunday, the restaurant is designed to keep everyone in mind, from casual diners to highly sophisticated palates. While Saunders new gig is fine dining gone casual, it was done this way with his neighbors in mind. The eclectic and affluent community clearly had an unfilled niche when it came to top shelf dining, but they also needed a place to sit and relax while enjoying a cup of coffee and indulging in early edition newspapers. 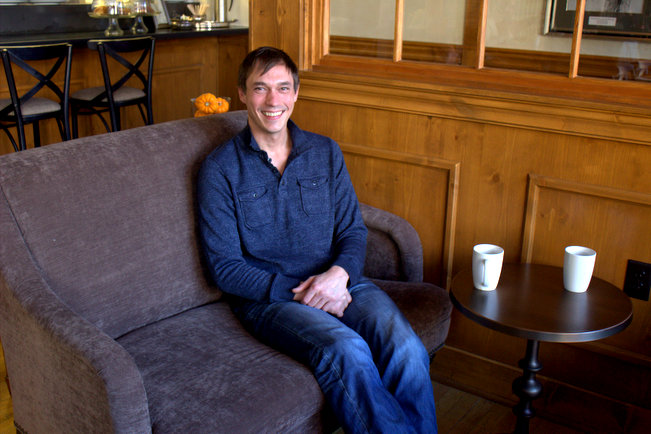 I had the opportunity to sit down with Chef Saunders to discuss how his past has lead to his present and what he intended for his new restaurant.

Saunders is a Minnesota native, having grown up and graduated from Eden Prairie. “I went away to college. I didn’t know what I wanted to do and I dropped out of college because, well, we’ll just say I wasn’t a big fan. I went into the restaurant business. I was a waiter in the front of the house and um, I really kind of latched onto restaurants. I loved the energy, the customer service aspect of it, the food aspect of it and everything. So, I kind of tried to work my way into restaurants that I really liked,” explains Saunders.

From there, he decided to pursue a career in the business which led him to Wisconsin’s Stout University for the Hospitality Management program. “While I was there, I realized that cooking, the food aspect of the business was my real passion. Starting to kind of cultivate that, I decided to go on to culinary school after Stout. Whether I wanted to be front of the house or back of the house, I thought it’d be a super good background to do that. I have a sister that lives overseas in London, she married a British guy and I also wanted to travel and go abroad. So that was a good excuse to find a culinary school over in England.”

Hopping across the pond to London, Saunders spent at a year at Le Cordon Bleu before training under Bruce Poole, owner of Chez Bruce, a critically acclaimed, Michelin-starred restaurant. “Looking back on it, I didn’t realize how lucky I was to get an internship there. I mean, wow, he accepted me because I was working for free, but at the same time I’d do it all over again. The next time I go back to England I’m going to see if I can do what they call a stage there, because that’d be really cool.”

Upon his return home, he had his hopes set high about where and who he wanted to work for and he had decided that if he couldn’t work at one of two places, he’d move to another major market to pursue work there. Those restaurants were Goodfella’s and then Stillwater restaurant, La Belle Vie. At the time neither place had an opening, but the chef of La Belle Vie at the time, Jack Riebel (now chef/owner of Butcher & the Boar) had suggested he look into Vincent, a then not yet open French fine-dining restaurant located in Downtown Minneapolis. Chef Saunders decided the opportunity was worthwhile since it involved the opening of a restaurant and took to the tutelage of local French maestro Chef Vincent Francoual. After spending some time at Vincent, he eventually did make his way back to Stillwater’s La Belle Vie as Sous Chef to Riebel.

From there he went on to open another restaurant, but decided from there that he wanted to break out on his own. That’s when he opened his first restaurant, Fugaise. As a fledgling owner in a difficult economy, Fugaise survived for three years, but in the end they had to close. That’s when Saunders went to go work out at Stout’s Island Resort in Wisconsin, but in the end, he realized that his niche wasn’t in catering or large scale work, so he returned back to South Minneapolis where he opened In Season, a restaurant that’s focus is an ever changing menu driven by the seasonality of ingredients. 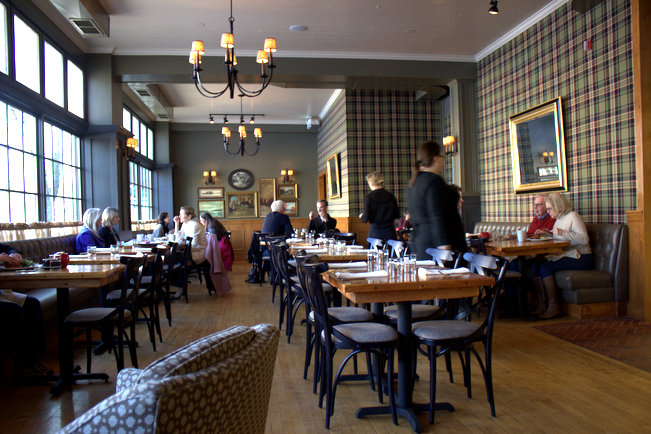 “Last winter, some rumors started floating around about this place being open, the cafe closing, but I didn’t really have a plan to open another place. I was pretty happy running In Season, but when we came and looked at the space, the neighborhood and the demand of the neighborhood it was like, wow, this is a big opportunity to do something really cool here. I thought the neighborhood would really like what I had to bring to the table.”

Things moved relatively quickly with the opening of The Kenwood. They’ve been opened for about three months, but since then, there are no signs of slowing down. On this particular casual Thursday morning, the restaurant had a good number of patrons enjoying late breakfasts/early lunches while leisurely taking in the comfort the space provides. While The Kenwood offers the same seasonally driven theme as In Season, they do so in a way that’s approachable to everyone. It serves as both a neighborhood friendly cafe/diner yet easily serves as a destination dinner location for those looking for quality fine-dining. You’ll consistently have the opportunity to drop in for a quality burger, but that burger might just come dressed with a seasonal flair instead of your basic iceberg lettuce and winter tomatoes.

“There were a lot of diners that said ‘I would come here three-four times a week if you offered more casual offerings’ and that’s been the case,” says Saunders, “it’s been really cool. We’ll see the same people come in for a date and order a nice bottle of wine and the Ahi tuna entree and then they’ll come back two days later at 5 o’clock and order burgers and chicken noodle soup. We want it to be a hangout. Like, come get coffee here on your way to work, or bring your business meetings here,” he explains with the utmost sincerity.

The Kenwood is the kind of place that most neighborhoods could stand to benefit from. Quality food served with a high level of comfort served by people that truly care about the location that they call their own. Stop by and you’re certain to find a little bit of exactly what it is that you need.