A Masterful Production of a Great Musical – Latte Da’s “Ragtime” 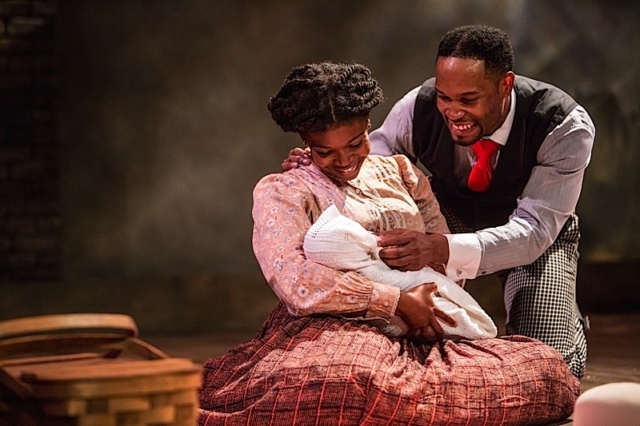 Watching Theatre Latte Da’s exquisite production of the 1996 musical, Ragtime, at the Ritz, you realize you are watching a work that has legitimately become a classic. None of this nonsensical “instant classic” journalese that has distorted what’s great and what’s not. Gay book writer Terrence McNally uses language as sparely and precise as any straight play or musical you are likely to see. Composer Stephen Flaherty and lyricist Lynn Ahrens created one of the most beautiful scores in contemporary musical theater. Set a bit over a century ago, Ragtime resonates to current day issues without sacrificing its own inherent sense of period. In other words, its political viewpoint is anchored vividly in the era shortly before World War I. Therefore, for all its progressive values, you can take your very conservative friends and relatives to it and they are likely to love it. 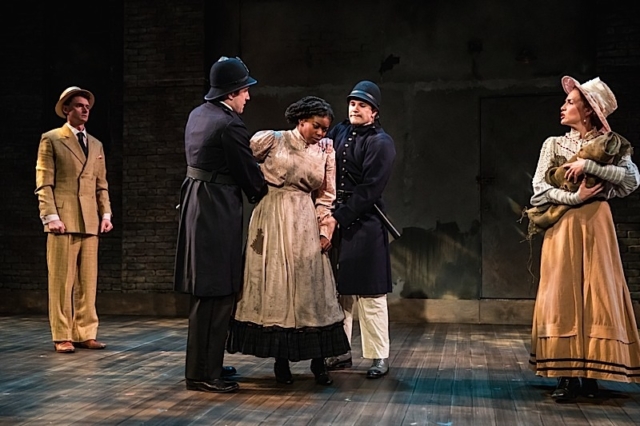 Moreover, the compelling storytelling of the original source, the novel by E. L. Doctorow, is brilliantly transferred to the stage. It weaves the story of a repressed middle class white family, a Russian immigrant struggling to feed his young daughter, and a ruptured African American family into a beguiling epic of prejudice, economic divisions, and terrorism. The main characters, no matter what their skin tint or status, all function under the enforced spell of titan oligarchs, the most repugnant of whom is J.P. Morgan.

Though Theater Latte Da has gotten competition from other theaters in recent years as the region’s best producer of musicals, this particular staging of Ragtime puts it unquestionably back on top. Peter Rothstein has directed the piece with the same spare approach that reflects McNally’s written dialogue. This makes for an effect that is simultaneously simple and powerful. Something akin to opera, although more dynamic than most operas. It’s some of the best work ever by this great director of musicals. 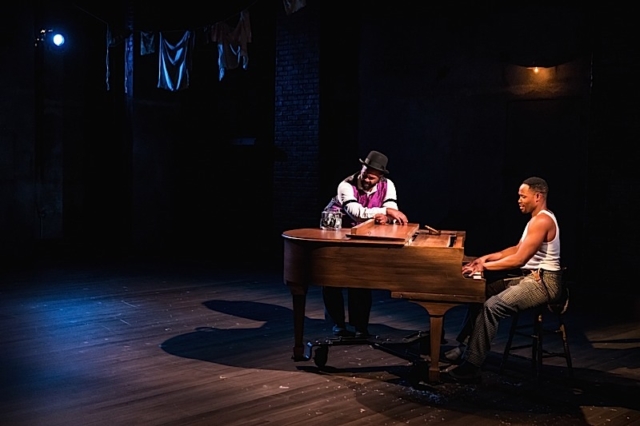 Denise Prosek, a marvelous music director, is in top form with a seamless flow of this heavily music-driven work. Her musicians achieve perfection — I am not exaggerating! Throughout the show, all vocals are terrific and, at times, scathingly satirical. One has to give special credit to David L. Murray Jr., Traci Allen Shannon, and Britta Ollmann for exceptionally luminous vocals.

Sasha Andreev reveals more of his winning versatility as Tateh, a Russian immigrant. In one jolting moment the character goes ballistic when a wealthy man (a financier type) offers money to sleep with his young daughter. A chilling reminder of what poor immigrant children are sometimes up against. 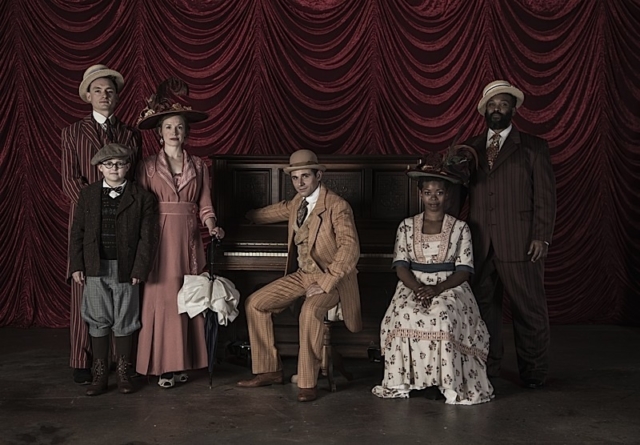 Trevor Bowen’s costumes are period perfect and gorgeous. Mary Shabatura’s lighting is simply resplendent. Choreographer Kelli Foster Ward has coached the stage movement so that every single member of the ensemble is picture perfect in what looks like a moving painting from a century ago.