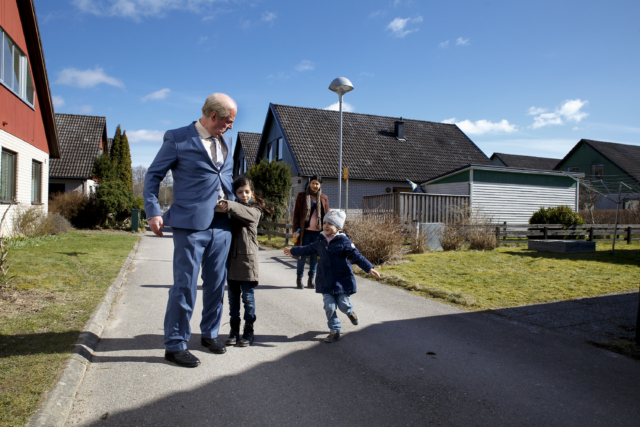 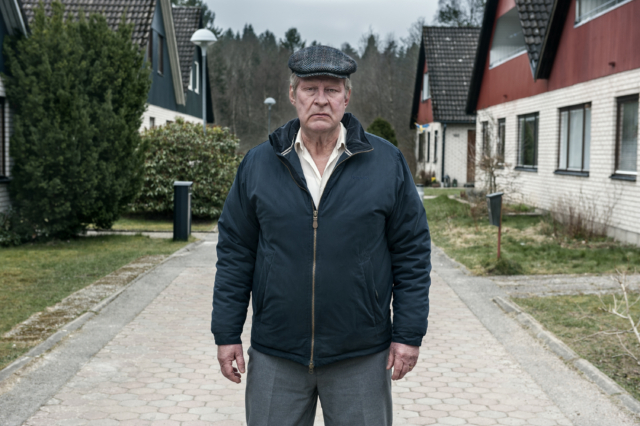 The late great Edward Albee once wrote of being clubbed in the face by history. A Man Called Ove embodies that notion uncannily.

Director/writer Hannes Holm has crafted a modest yet powerful little film about aging and grief in a changing Europe, Sweden specifically. A Man Called Ove, based on Fredrik Backman’s bestselling novel, includes a gay — which some would also call a trans — thread that occurs, but I don’t want to spoil it for you because it fits so organically into the story line. Suffice to say, that queer element resonates nicely within this extraordinary inquiry into the nature of masculinity.

Rolf Lassgard gives what may be one of the most layered portrayals of a curmudgeonly man ever put on film. Yes. It’s that remarkable. 59-year-old Ove lives in a housing community that he and his now quadriplegic friend Rune (Borje Lundberg) whipped into shape a generation ago. Ove’s angelic wife Sonja (Ida Engvoll) died six months prior to the start of the film and he is sinking beneath the weight of his grief. We palpably feel the traumatic effects that grief has thrust upon him.

As the film unfolds we learn of his working class upbringing wherein Ove was both loved and made to comply with rigid codes of behavior, some of which were entirely good. For instance, returning a lost wallet he finds despite the threats of a meddling and violent coworker of his father’s. Viktor Baagoe shines as Ove as a boy. Holm shrewdly has us consider that that irritable older person who vexes us was once a child, too. Just like you.

Filip Berg is simply devastating as Ove as a young man. It’s a performance that captures not merely the awkwardness of so many young men who have live sheltered, unrefined lives, but also that poignant incapacity for fundamental expression so painfully evident in countless young men. To a vast extent, legions of young men lack communication and even instinctive skills vital to romance, marriage, getting along socially, and even the ability to nurture. This is a universal masculine problem which makes for tragic misunderstandings at times. 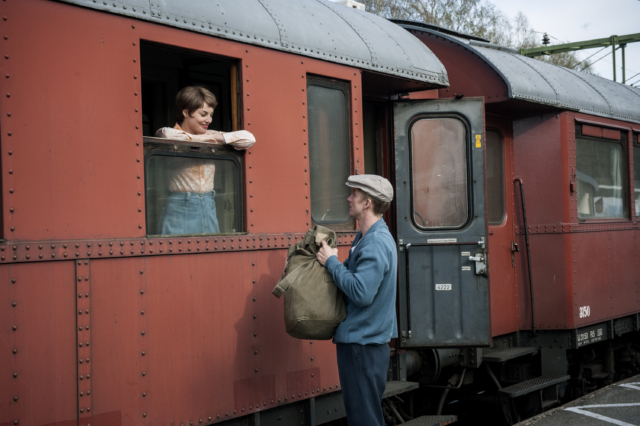 It is that inability to express that Lassgard reveals so numinously. This yawning gap is the root of male inflexibility and the incapacity for resiliency that calcifies as so many men age. You’ve heard in this country of the angry older white man syndrome where crankiness has been misguidedly championed as mature and inevitable. A sad thing for younger men to look forward to by the way. And a very negative role image to boot. A Man Called Ove is a rare contemporary film that actually portrays this descent into cemented layers of macho anger, albeit from a Swedish perspective.

Ove’s formative years were white-dominated and Swedish. Immigration went on to make his homeland mixed in race and shifting in its values. One wonders if the immigration wave lacked regulation so that serious harmony might have been achieved between nativists and newcomers. That said, Ove is put in a situation where an Iranian woman and her two children bring out his grand-paternal nature. Or maybe call it his unmet father needs. It is very touching and doesn’t come off as snarking at “old white guys” in smug leftist/progressive parlance as if look, he’s learned his lesson. Ha. Ha. Thankfully it’s nothing like that.

Bahar Pars is totally lovable as pregnant mother Parvaneh, whose husband, Patrik (an endearing Tobias Almborg), has no skills for house repair. Indeed, Ove is that traditional guy who may not be able to talk about Picasso or fine cuisine but thank God he’s around to handle those technical and maintenance needs that we all benefit from immeasurably! Moreover, we actually come to see that Ove has had progressive values all along which have been unappreciated, most ironically by the younger toxic bureaucratic set that built its totalitarian new social order on the backs of men like him. This comes to the fore viscerally in the last section of the film.

Engvoll is radiant as Sonja, who we come to know through beguiling flashbacks. Pars and Engvoll are intensely human as two women who, like the men, are also compelled to navigate a changing world where there is too little of that old-fashioned value of walking a mile in the other person’s shoes, no matter their gender, age, or ethnic origin.