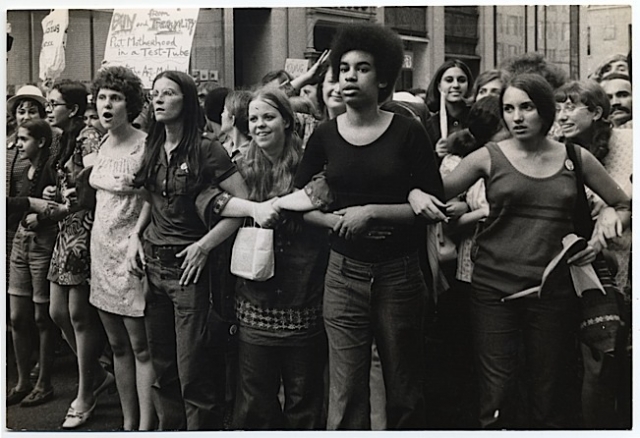 If you think you’ve “been there, done that” regarding the women’s movement, then I challenge you to take a look at a terrific new film. Documentarian Mary Dore has shaped an utterly magisterial documentary on the history of the American Women’s Movement in the 1960s and early ’70s, She’s Beautiful When She’s Angry. News and private footage, interviews with perceptive feminist figures, and a keen overview of important moments in a formative chapter in women’s history -much of which many of us are unaware- make for an exuberantly rich viewing experience.

Dore guides us from the time when white American women began to question the glamorous and housewife stereotypes that had taken root in the 1950s, the resistance of black women to rigid expectations of politicized black men, to the assemblage of the seminal book, Our Bodies, Our Selves. Though all of this will come as no big news to most viewers, She’s Beautiful expands the frame significantly once this basic information is engagingly put forth nonetheless. 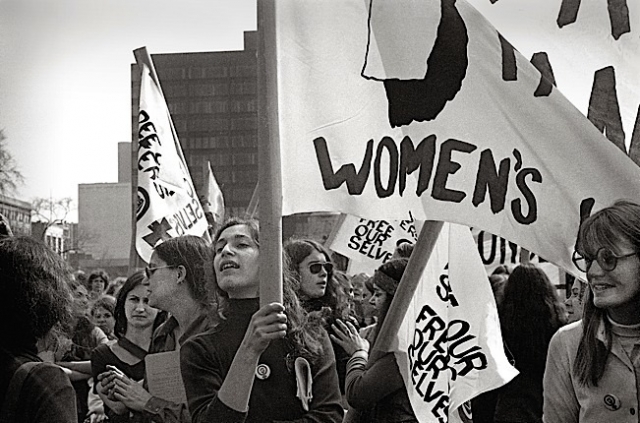 This film doesn’t shy away from the downright mean-spiritedness of the era. What was known as The New Left of the time passionately opposed the war in Vietnam, police brutality, and racism. Such progressivism naturally attracted thoughtful humanistic women and it naturally compelled them to reflect on their own discrimination and complicity with “business as usual” in America. It was the progressive impulse that the women’s movement came out of, hence young feminists and future feminists were naturally drawn to The New Left. However, Dore brings us some astonishingly negative film evidence of the aggressively hateful reaction of a crowd of New Left men who railed against New Left feminists who simply wanted to state that they were a group that wanted recognition. After all, they also shared the same general political positions of the men in the New Left. But they were treated badly indeed. 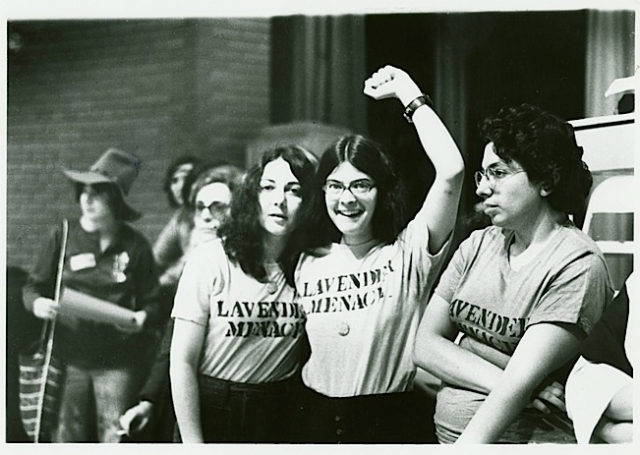 In contrast, lesbophobia is remembered, anchored by some delightful interviews with Rita Mae Brown. Apparently, feminist legend Betty Friedan (The Feminine Mystique) is said to have coined the term “Lavender Menace” in reference to gay women who were perceived as getting too uppity in the general women’s movement. This opened understandable floodgates of hostility from lesbians but it also ultimately brought into question the wisdom of angry expression as a tool for equality.

Feminist rage was also embodied and channeled in self-defense sessions set up for women as consciousness of rape and “blaming the victim” began to be acknowledged. And of course, the A word: though many people tire of the continual discussion of abortion by feminists, Dore viscerally brings home the dreadful cloud women lived under regarding lack of reproductive rights. The Jane Collective’s underground support for abortion when it was illegal is fascinating and chilling. 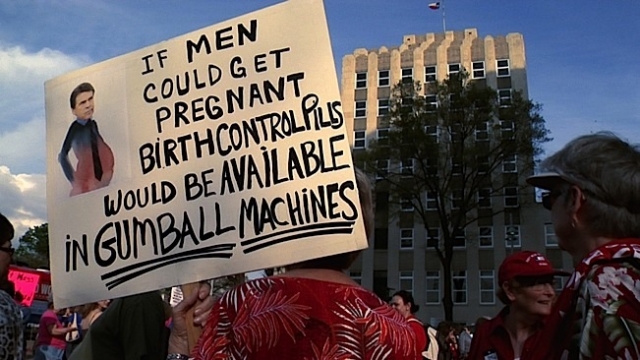 “If men could get pregnant”.
She’s Beautiful When She’s Angry.

In sum, She’s Beautiful When She’s Angry clarifies contours of US feminism in the ’60s and early ’70s. It inspires, informs, and uplifts. Dore’s doc dovetails nicely with some superior current plays now running: By the Way, Meet Vera Stark at Penumbra Theatre and God Girl at History Theatre.