A Look At Winter Arts Offerings 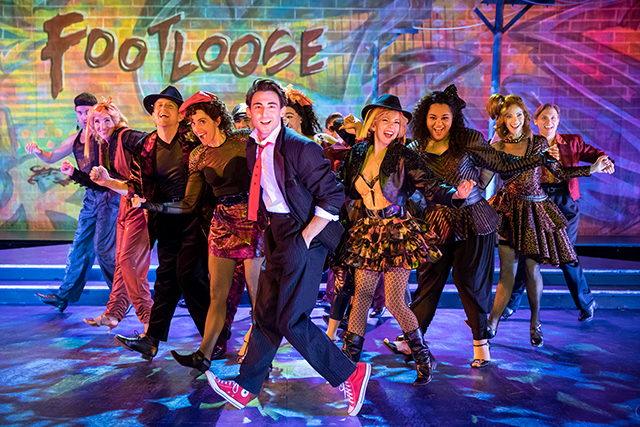 With the Minnesota winter soldiering on relentlessly, many of us are still hibernating. I, however, have continued seeing theatre despite the many cancellations due to the rising Covid variant. So for this year’s arts issue I’m going to do a hybrid of upcoming theatre productions to see, streaming shows and movies, and some things that I’m particularly excited about.

A story that every generation knows—whether you’ve watched the original movie, a recent adaptation, or your favorite theatre producing this show—we all know Footloose. When a young teenager, Ren, moves from city living in Chicago to a small farm town, he’s prepared for the inevitable adjustment period at his new high school. However, he isn’t prepared for the strict rules that this town has set by the local preacher, which includes a ban on dancing. When Ren meets Ariel, the rebellious daughter of the preacher, he soon realizes maybe this town isn’t so bad.

A musical that needs no introduction by anyone who has paid even a second’s worth of attention to the Broadway scene, Waitress—the musical by singer-songwriter Sara Bareilles—is back in the Twin Cities. This time appearing at the Ordway Center for the Performing arts in St. Paul, this musical is the powerful story about a hardworking woman who faces multiple life-changing crises, one after another. It’s a story of reliance, hope and courage. A must-see show.

This show isn’t coming until summer, however I have to give it a shout-out because it’s not often it gets done. A phenomenal coming-of-age story about the perseverance of four young women. Each one has their own path to life and adulthood, and after the riveting recent 2019 adaption, it’s a story that I’m so glad is being told again. Lyric Arts also is the perfect venue for this intimate experience. I can’t wait to see who is cast as Jo.

Whether you’re a fan of the Riot game League of Legends or not, the animated show Arcane is and remains to be one of the best things I’ve watched in the last year. The show is steeped in League lore, but again, if you’re unfamiliar that doesn’t harm your experience with the show. Amid the brewing war between Piltover and Zaun, two sisters fight on rival sides of a battle between magical technologies and clashing convictions. For an animated story the characters have such an element of realism and fresh air to them. They are so three-dimensional, the animation style is unique, and the music slaps. I can’t recommend this show enough.

The Real Housewives of….pick a city?

Sometimes you just need some good ol’ trashy reality TV to have in the background while you cook and clean. For me that recently has been The Real Housewives. I’ve been flying through Beverly Hills recently because nearly all of them are on Hulu currently. Various franchises are scattered across nearly all the streaming platforms, but a large majority of them reside on Hulu—or all of them on Bravo. Looking for my recommendation? Watch Salt Lake City (the most recent and new franchise) or Beverly Hills (one of the most iconic).

Doctor Strange: The Multiverse of Madness

This one is a bit of “Coming Soon…” and “Streaming Now…” because you’ll want to catch up on all things Marvel before starting this movie. Yes. That includes all four phases of the Marvel Cinematic Universe. Now listen, I’m not a big comic book guy. I don’t know the long standing history of every marvel character, but I can tell you that regardless the MCU is a well-crafted cinematic masterpiece. Whether you’re watching a standalone film or a mash-up like The Avengers, they all tie together so well and I’m thrilled for this next installment. Mainly because it will be starring my girl Elizabeth Olson as the incredible Wanda Maximoff a.k.a the Scarlett Witch.

The story of Elizabeth Holmes is one that has captivated me since a friend of mine spoke of her a few years ago. Holmes is the now discredited former CEO of Theranos, which was a failed blood testing startup. She claimed that this machine could do numerous tests…simply with one drop of blood. Now she was recently found guilty on four of the 11 charges she was charged with and could serve up to 20 years in prison. The Hulu show will retell this story with Amanda Seyfried (Mamma Mia) as Holmes. My question is: Will Seyfried do the infamously fake low voice that Holmes puts on?

Want to catch up on this story and look at it on a deeper level? Then be sure to check out the 2019 HBO documentary The Inventor, the 2019 podcast The Dropout, or the 2018 nonfiction bestseller Bad Blood—all telling the story from different angles and perspectives.